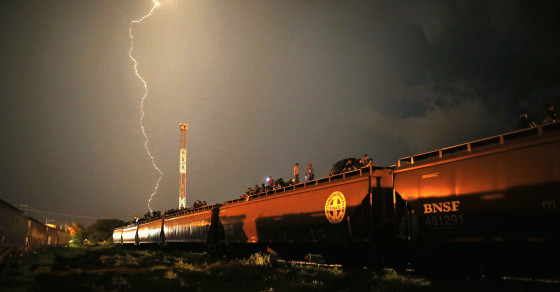 I Woke Up and My Arm and Leg Were Missing: Victims of the Beast Speak Out
By Jan-Albert Hootsen

I Woke Up and My Arm and Leg Were Missing: Victims of the Beast Speak Out 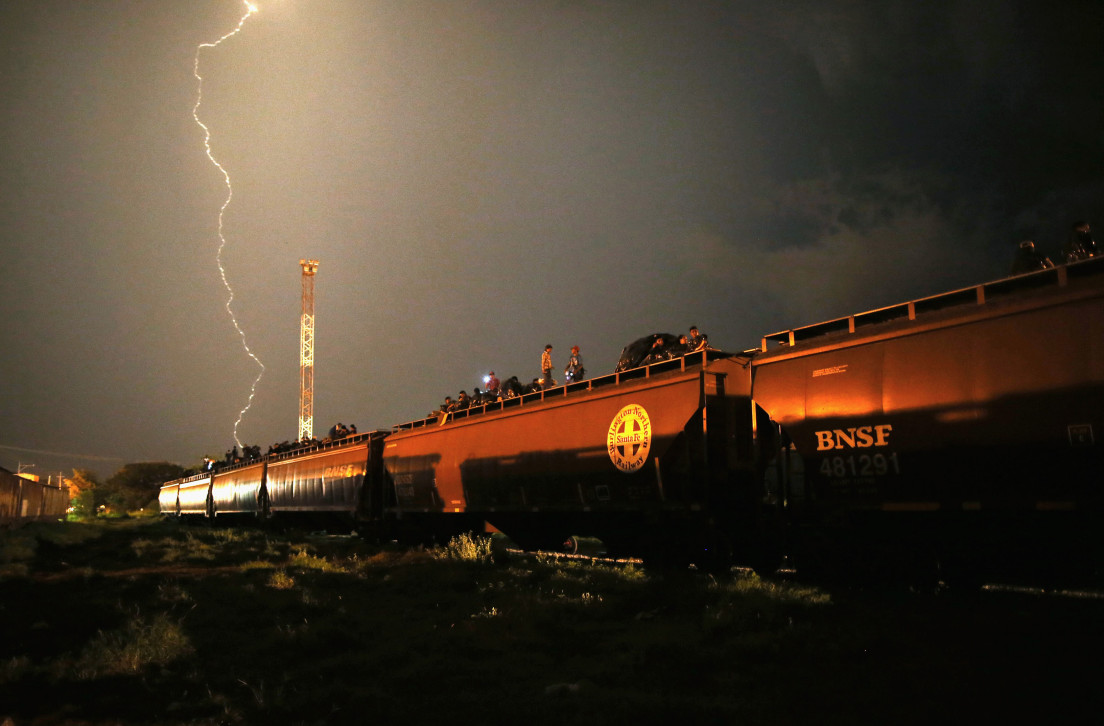 MEXICO CITY—Honduran José Luis Hernández has little to smile about. His mutilated body, which is missing an arm, a leg and three fingers on his remaining hand, offers him few promises of a brighter future. He is a victim of the “Beast,” a massive freight train that every week carries thousands of Central Americans seeking their way to the United States, where they plan to settle illegally.

The Beast is both their greatest hope and their greatest enemy: It’s their best bet at escaping the poverty and crime of their home countries, but dozens of migrants are killed or maimed each week in accidents on the tracks, while bandits and corrupt law enforcement officials lurk along the way.

Mexico has traditionally lambasted the United States for its stringent immigration policies, accusing its northern neighbor of criminalizing Mexicans looking for work without the proper paperwork by tightening border security. Successive Mexican governments have also condemned perceived abuses by the U.S. Border Patrol.

But Mexico has its own grave domestic issues with migration, especially when it comes to the hundreds of thousands of Central Americans crossing the country to reach the U.S. “The journey through Mexico is the most dangerous in the world,” Hernández says. “Thousands of people are killed, maimed and kidnapped each year. And the Mexican government does next to nothing to solve it.”

Hernández’s group is asking the Mexican government to grant temporary travel permits to those Central Americans looking to journey to the United States, as well as police protection along the way. They say they are forced to take huge risks during their trip, and are vulnerable to hunger, accidents, corrupt policemen and criminal gangs. Staying in their own country is no option, the group claims; criminal violence and poverty force them to look for opportunities elsewhere, driving them into the jaws of the Beast. A temporary travel permit could make the trip much safer, they say. They would no longer have to hide from immigration officials, which would also make it easier to find alternative means of transport to travel through Mexico.

Central American immigrants on the Beast.

So far, the group’s efforts have been in vain. The last two weeks, Hernández and 14 of his companions, all Hondurans missing limbs, were in Mexico City to seek an audience with president Enrique Peña Nieto, the first group of migrants to do so. Nieto wouldn’t meet with them. But they garnered massive media attention in Mexico, and are backed by human rights organizations, several leftist politicians and church groups.

“According to the Mexican constitution, the state is obligated to protect basic human rights of anyone, regardless of their legal status,” says Alejandro Solalinde, a Catholic priest and the principal defender of migrant rights in Mexico. “These men aren’t asking for something they’re not entitled to; they simply want Mexico to respect its own laws.”

Each year, about 300,000 Central Americans travel through Mexico to the U.S. An estimated 120,000 of them disappeared between 2006 and 2013. Gangsters kidnap them in large numbers for ransom, and many Central American women passing through Mexico are raped, according to human rights advocates, who say that policemen and immigration officials are often in cahoots with the gangs. The Beast runs about two or three times per week, starting in Chiapas state, winding through the south and then moving north to Chihuahua state. It’s a freight train, so apart from the drivers and the migrants like Hernandez, it has no other passengers.

A group of wounded migrants.

Fear of the bandits and corrupt officials forces the migrants to hop onto the roof of the Beast, but many of them suffer fatigue and hunger during their trip, and some faint or fall asleep while the train is moving. When it suddenly stops, they slip and fall.

It happened to Hernández in 2005 in the northern state of Chihuahua. “I had been traveling for 20 days. I remember I was sitting on top of the train and took my shoes off, when I suddenly fainted,” he says. “When I woke up, I was lying on the tracks. The train had cut off my right arm and right leg and part of my left hand.” The Red Cross saved him, and doctors told him it was a miracle he was even alive. “It was the end of my dreams.”

Wilfredo Filiu Garay, one of Hernández’s companions, was kidnapped with his teenage son in Veracruz state, in 2010. For three weeks, he says, gangsters repeatedly slashed him with a knife and hit his fingers with a metal pipe. He has little use of his hands now, which have been permanently crippled. “Every day, people were tortured and killed. I could hear their screams, sometimes they were killed right in front of us,” says the 47-year-old. He and his son were released after his family paid a $3,000 ransom. He returned to Honduras but soon after tried to reach the U.S. again. After only a few days, he fell off the Beast and his leg was cut off.

Despite the dangers, Central American migrants still take the trip through Mexican each year. Honduras has the highest homicide rate in the world (79 murders per 100,000 people), while 60% of its 8.5 million people live in poverty. “We can’t change the misery of our country, but we can ask Mexico to make our journey safer,” Hernández says.

“My arm and leg will never grow back,” he says, “but we can prevent more people from falling from the train, being kidnapped, extorted, raped and killed. We can make a difference.”