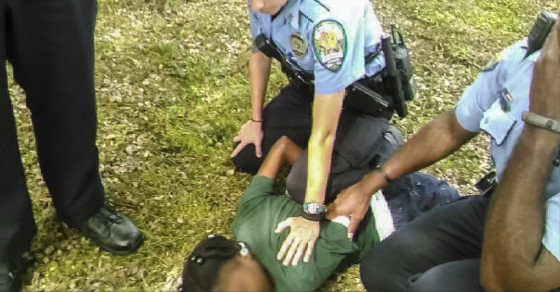 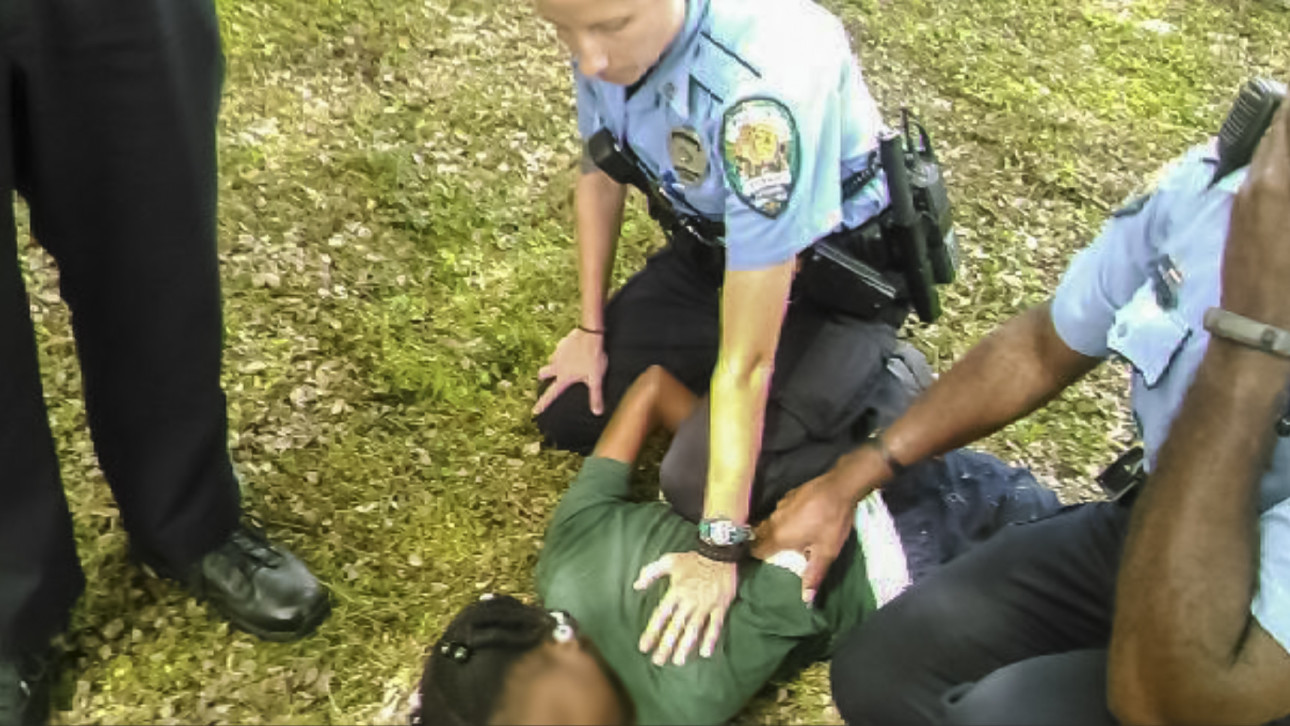 Earlier this year, an eighth-grader in Louisiana was riding the bus home after school when he and several other students started throwing Skittles at each other. The bus driver asked the kids to knock it off and continued making stops—he didn’t say another word about the Skittles.

The following day, as the boy was taking a social studies test, a police officer assigned to the school handcuffed him, dragged him out of class and arrested him. He was charged with “interference with an educational facility” and battery.

As the officer led the handcuffed teenager out of the school, both students and faculty heard him threaten to “beat the f*** out of [the boy],” or to have his son, who is about the same age, do it for him. The student, who is African-American, spent six days in a juvenile detention facility before seeing a judge, whose first comment was: “Am I to get this right? Are we really here about Skittles?”

It’s not just throwing Skittles—students in the Jefferson Parish School District, the second-biggest in Louisiana, are getting arrested for all kinds of things that would normally get them a trip to the principal’s office, according to a report from the Southern Poverty Law Center. Many of those arrests are for violations like swearing in school, walking in the hallways without a hall pass or having a cellphone on school grounds. Jefferson Parish School District, with its 40,000 students, is far from the only place to let police guard the schools and make arrests. But in Jefferson Parish, claims the SPLC, the police have seriously abused those powers. In the 2011/2012 school year alone, there were 1,629 arrests and referrals to police—by contrast, police working in the school district in the neighboring county, which is of comparable size, made about 150.

“The Jefferson Parish Public School System has continued its destructive practice of arresting and jailing children for minor, and often trivial, violations of school rules and decorum,” said Eden Heilman, managing attorney for the SPLC’s Louisiana office. “It’s nothing less than a racially biased system of criminalizing African-American children.”

The sheer number of arrests and the racial disparities prompted the SPLC to ask the Department of Justice and the U.S. Department of Education’s civil rights office to investigate the district in 2012. That investigation has gone nowhere, claims SPLC attorney Sara Godchaux. She tells Vocativ episodes like the Skittle incident continue to happen. The SPLC now says it wants to work with the school district and the DOJ to come up with a solution to these problems. But if that fails, it may take legal action.

For its part, the Jefferson Parish School District issued a statement Friday saying, “We are aware of and are very concerned by these allegations. We pledge to work closely with those agencies involved to quickly resolve any issues that we identify. We are committed to ensuring that our students have a safe, healthy environment and are treated equably at all schools.” Vocativ called the school district and the police department, but neither responded to requests for an interview.

Beyond the sheer number of arrests, it’s the leeway police have to decide whom to arrest and for what that is problematic, says the SPLC. Over the course of the 2012/2013 and 2013/2014 school years, there were 164 arrests for “interference with an educational facility.” There were another 124 arrests for the crime of being an “ungovernable juvenile,” and 161 more for crimes like disturbing the peace and being a child in need of supervision. Other crimes, like simple battery, accounted for an additional 174 arrests—but “battery” as it is enforced can include a schoolyard fight but also throwing Skittles at another student.

The SPLC says all of this has created something of a police state. “The officers, acting as agents of the school district, have been given unfettered authority to stop, frisk, detain, question, search and arrest schoolchildren on and off school grounds while they are on duty, without clear guidelines and limitations on what constitutes a school disciplinary issue versus those matters that need to be handled by the police and juvenile court system,” the SPLC wrote in a letter to the DOJ.

The unfettered powers of the police have changed the way students who are arrested view both school and law enforcement, the SPlC says. The boy arrested for throwing Skittles withdrew from school activities like football and basketball. Then, humiliated and angry with the way the school handled the incident, his mother removed him from the school.

In another case, a 10-year-old girl with autism was acting out in her classroom—climbing on desks and pushing over chairs. The girl managed to crawl out a window and climb a tree on the school’s property, so her teacher called the police to take care of her. According to the SPLC report, officers arrived and dragged the girl out of the tree by her ankles. She then was placed in handcuffs and put facedown in the grass. Following her arrest, the girl asked her grandmother, “Why do they hate me?”

“If law enforcement officers are on school grounds at all, they should be there in a very limited capacity–to protect children in the unlikely event of some kind of violent attack,” Heilman said, adding that at Jefferson Parish, “school authorities have inappropriately handed off their responsibility to administer routine school discipline to the police.”