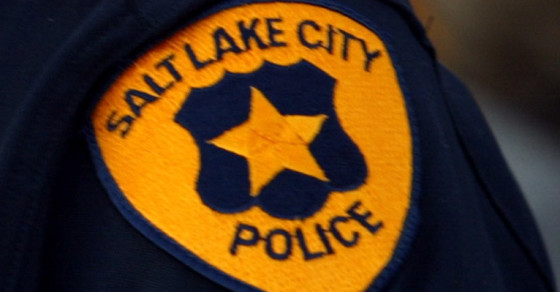 Cops in Utah Are Responsible for 15% of All Homicides

Police in Utah have killed more people in the last five years than gang members, drug dealers or child abusers have in the state—yet county prosecutors have deemed all but one of those fatal police shootings justified, according to an explosive new report.

The startling findings, revealed Sunday by the Salt Lake City Tribune, come as a nation anxiously awaits the grand jury verdict in the controversial death of Michael Brown in Ferguson, Missouri. At the same time, several police-involved killings in Utah, which took place under questionable circumstances, continue to leave people outraged and demanding greater accountability.

Compiling media reports, crime statistics, and medical-examiner and court records, The Tribune reviewed nearly 300 homicides between January 2010 and October 2014. The paper found that law enforcement officers killed 45 people, a whopping 15 percent of all homicides during that period. The use of deadly force by police is the second most common way Utahns kill one another, topped only by intimate partner violence.

Yet despite a potentially alarming public safety crisis, nearly every fatal police shooting has been ruled defensible. Only one—the 2012 shooting of Danielle Willard by West Valley City police—was deemed unjustified. However, a judge threw out the criminal case against the officer last month.

This year alone, cops in Utah have already killed 13 people. At least three of them remain clouded in controversy.

“The numbers reflect that there could be an issue, and it’s going to take a deeper understanding of these shootings,” Chris Gebhardt, a former police lieutenant and 15-year law enforcement veteran, told the Tribune. “It definitely can’t be written off as citizen groups being upset with law enforcement.”

On Aug. 11, just two days after Michael Brown’s death, cops in Salt Lake City shot and killed Dillon Taylor in broad daylight outside a 7-Eleven, prompting weeks of protests by friends, family and activists. The 20-year-old was unarmed, but police claimed he had acted “noncompliant” and appeared to be pulling a gun out of his pants.

A body-cam video of the shooting shows that Taylor, whose friends at the scene say he was wearing a pair of earbuds, turned to the officers with his hands in his pants and hoisted up his shirt. The Salt Lake City County District Attorney later ruled the killing justified.

Uploaded By: The Salt Lake Tribune

Less than a month after Taylor’s death, police in Saratoga Springs shot 22-year-old Darrien Hunt, who was black, six times from behind. Hunt had been walking around with a fake samurai sword and had allegedly lunged at the officers who confronted him. An autopsy report showed he had no drugs in his system. Prosecutors also ruled that fatal shooting to be justified.

Finally, a SWAT team in the town of Roy shot and killed Jose Calzada after the 35-year-old called a suicide hotline number in October. While few details have emerged, police are investigating the death as a suicide-by-cop.