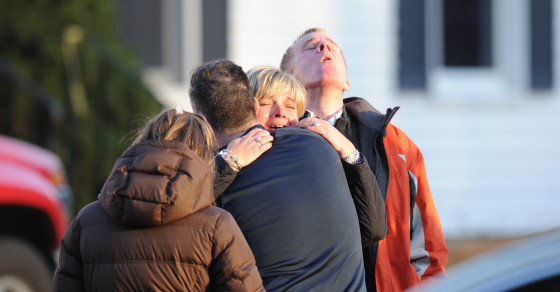 Missouri Gunman Is 54th Mass Shooter To Kill Himself Since 2009

This story has been updated from an earlier version.

The man in southeastern Missouri who fatally shot seven people and wounded one other on Thursday night finished his killing spree with a flourish performed by nearly half of all mass shooters in the U.S.: he took his own life.

Members of the Texas County Sheriff’s office found the victims in four different homes across the rural community of Tyrone, about 40 miles north of the Arkansas. Later, they discovered the suspected gunman, 36-year-old Joseph Jesse Aldridge, dead from an apparent self-inflicted gunshot wound. A motive for the killings remains unclear, though the death of Aldridge’s ailing mother may have pushed the man over the edge, authorities say.

The deadly rampage marks the 124th mass shooting in the U.S. since January 2009, according to new statistics provided to Vocativ by Everytown For Gun Safety. Of those, 54 of them, or roughly 43 percent, ended with the shooter committing suicide. The group defines a mass shooting in the same terms as the FBI–as an incident where at least four people are killed with a firearm.

“These people are not deterrable,” Ladd Everitt of the Coalition to Stop Gun Violence told Vocativ. “In a situation like this, you have a shooter that has reached a point in his life where he has given up. They know they are going to die by gunfire before the day is out.”

Everytown published a comprehensive analysis of mass shootings last July. Since its publication, there have been an additional 14 mass shootings in the U.S., including Thursday’s Missouri event, according to the group. Seven of them have ended in suicide.

Update: An earlier version of this story reported that Thursday’s rampage in Missouri marked the 120th mass shooting in the U.S. since January 2009 and the 52nd time a gunman during such an event killed himself. Those figures were provided to Vocativ by Everytown For Gun Safety. The group has since amended its initial figures. Those changes are now reflected in the story.