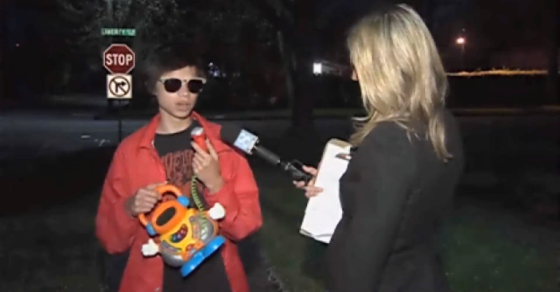 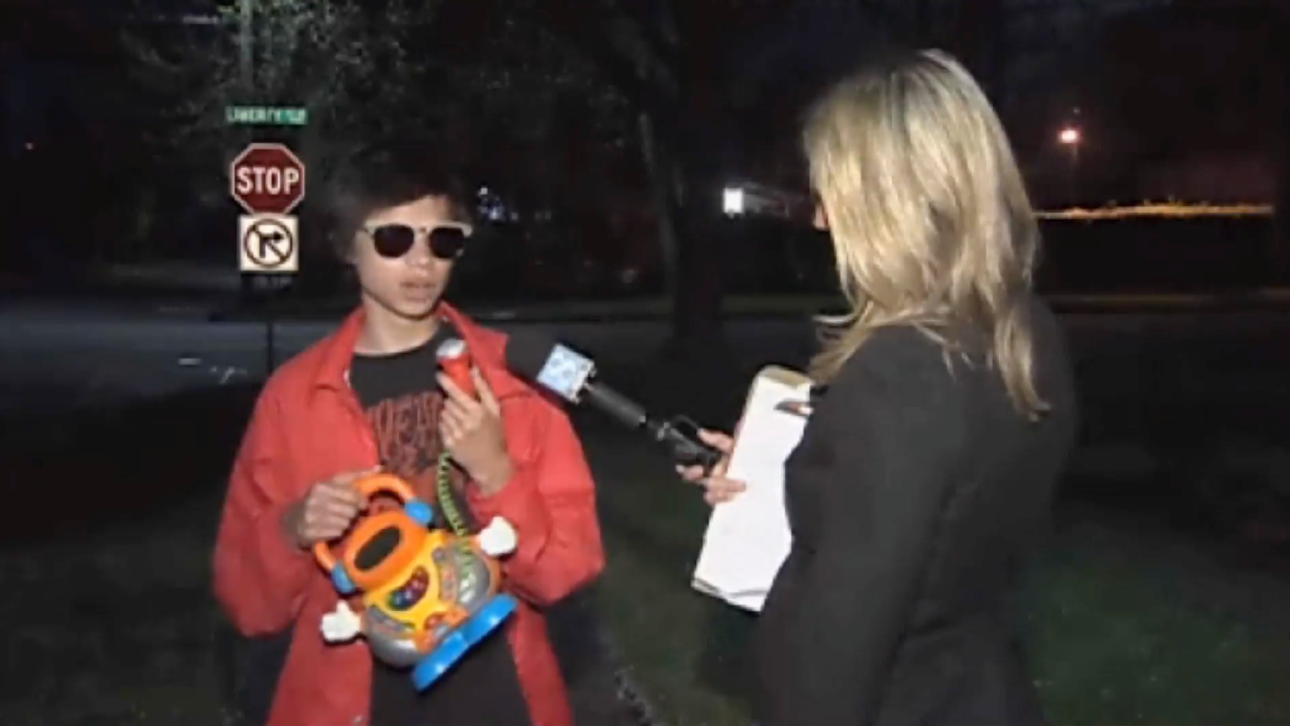 He might be the Ferris Bueller of his generation.

Nat Gray became an Internet folk hero overnight after he hyped an epic birthday party on Twitter and got busted by a band of web-trolling cops. Then the Salem, Oregon, teenager pwned a local television reporter, because that’s how Nat Gray does it.

Displaying just the right mix of boy-band hair, Bieber-style impudence and Bueller-esque moxie, Gray, in only a few short days, has managed to land on Reddit’s homepage and attract a legion of admirers. In other words, he is Ferris Bieber:

They’re even printing his baby-face mug on T-shirts (on sale for $20 a pop).

The brouhaha began about two weeks ago when Gray started scheming on a bash for his 19th birthday, which he promoted on Twitter with the hastag #ProjectNat. What was supposed to be a nod to the high school party movie Project X took on a life of its own. The Twitterverse started buzzing, and suddenly Gray’s rager was attracting attention up and down the West Coast, he says.

Wreckage from #ProjectNat was seized by the sheriff's department.

“It started off as a joke pretty much,” Gray says. “But then I started getting calls from kids in Southern California and Seattle.” And they were ready to travel. As the days inched closer to April 11, thousands of people were hyping the party on social media. #ProjectNat was trending regionally.

So many girls are gunna get pregnant this weekend #ProjectNat

middle schoolers tweeting about how they're going to #ProjectNat like they're not gonna let you in if you roll up on your tricycle.

If #ProjectNat doesn't get rolled it might just be the most epic thing that has ever happened in Oregon.

But as talk of the party spread, the local authorities started picking up on the scent. On Friday, the Marion County Sheriff’s Office tweeted a warning shot at Gray.

@beerisrad your actions could lead to your arrest. If you have questions about "Project Nat" please call the shift Sergeant @ 503-588-5032

Cool and detached, Gray attempted a These Aren’t the Droids You’re Looking For.

@MCSOInTheKnow b I have no information, it's just my birthday. Not my party.

After ditching the original location, Gray and his buddies settled on a remote county park, near Gates, Oregon, to throw down. But the plan was quickly foiled when deputies swarmed the secluded spot at around 9:30 p.m. on Friday, rounding up Gray and about two-dozen other revelers before the rager could get off the ground. Gray was taken to the Marion County Jail and later charged with disorderly conduct, furnishing alcohol to a minor, littering and providing a place for minors to consume alcohol—all misdemeanors.

The evening’s shenanigans did not go unnoticed by all of those following the twists and turns online.

My aunt in fucking ALASKA just called asking me about #ProjectNat @beerisrad you are fucking legend.

Despite a visit to the county jail, Gray wasn’t about to step away from the spotlight. By Saturday, he was back on Twitter, circulating a copy of his mugshot to his followers and seizing on his newfound status as a party legend.

Well. Ya win some, and ya lose some. Right? https://t.co/NAb0ntfAcS

By Monday night, he was granting interviews to local television stations. Wearing a red jacket and dark sunglasses at night, he brought his own children’s recorder and microphone, and proclaimed his innocence, elevating #ProjectNat to a whole new level.

“Whoever showed up, they showed up. What they brought was not on me,” he told KGW. “I was found. I was not intoxicated. I had nothing in my car, so pretty much, [the sheriff’s deputies] can say whatever they want.”

The interviewer asked Gray if he was surprised with how whole scheme got out of hand. Gray shrugged his shoulders. “What can you do?” he said. “That’s the Internet.”