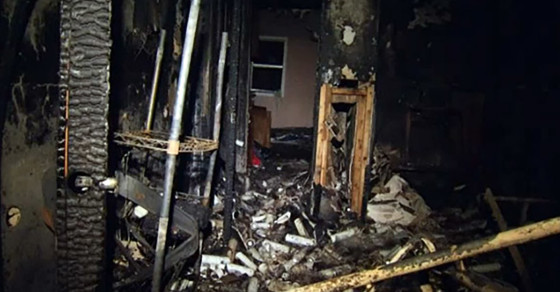 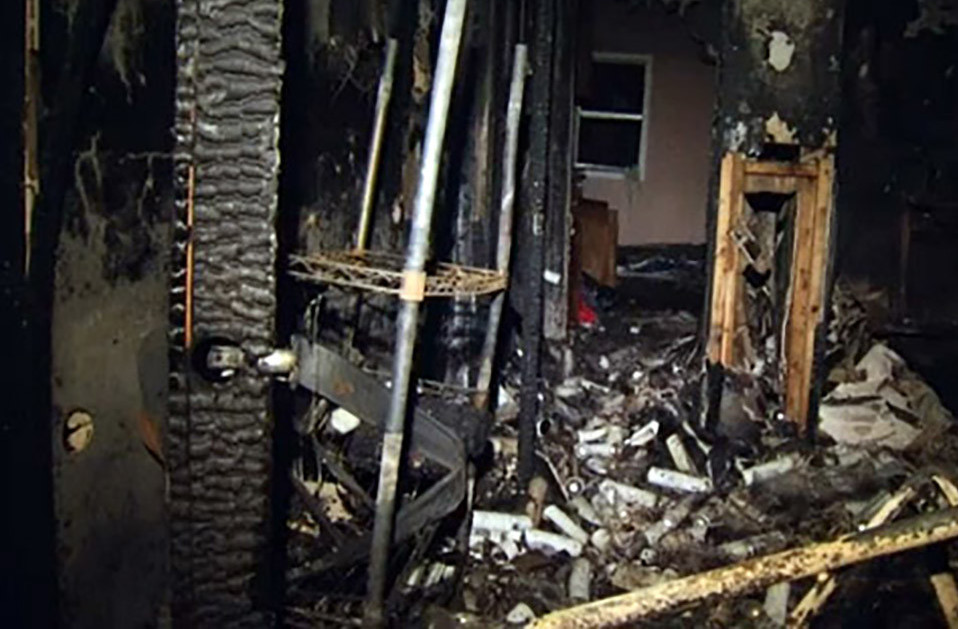 a
After a rash of spectacular hash oil explosions at the beginning of the year, the fiery THC-laced run of destruction shows no signs of letting up.

In case you haven’t heard, the nationwide trend involves victims who use butane to extract hash oil from marijuana. Typically, people fill a canister with pot and use the flammable solvent to strip away the psychotropic plant oils, then cook off the butane by boiling the oil in a hot-water bath. Many enthusiasts do this indoors, where poor ventilation can cause explosions. The problem has become so persistent that FEMA has issued a bulletin about it.

Hash oil gets you seriously stoned—with 15 to 30 percent THC, just a few drops can get you as ripped as a joint. To some, that payoff is apparently worth the risk of spontaneous combustion.

Police in Commerce, California, found several hundred canisters of butane in a home that was blown to smithereens.

The butane-fueled blasts continued their steady uptick in March, maiming victims and causing chaos in unsuspecting neighborhoods. For those at home keeping score, there were 14 reported hash oil explosions this month.

The infernos cropped up everywhere, from Washington state to Massachusetts, and included people ages 17 to 51. They blew up basements, torched motel rooms and destroyed mobile homes. They caused two-alarm fires, a handful of emergency evacuations and more than $1 million in structural damage.

At least 17 people were rushed to the hospital, a few with life-threatening injuries. Among those who avoided bodily harm, at least seven ended up in handcuffs and were arrested. In short, there’s a whole new crop of prime candidates for a Darwin Award. Take a look.

Kicking off the month, an explosion destroyed this apartment March 1.
(CBS)

March 1
A 51-year-old dude in Colorado Springs landed in the clink after blowing up his apartment while trying to mix marijuana with butane.

March 1 & March 3
A trio of hash oil explosions rocked Palm Springs over a three-day period. One man detonated his mobile home and ended up with burns over 40 percent of his body. Two other men received complimentary photographs at the local booking station.

March 9
A couple in Grand Junction, Colorado, attempted to make the heady, THC-heavy goo in their motel room. They failed. Both ended up in the hospital.

March 10
A fiery hash oil blast in a San Diego apartment complex stranded one woman on her balcony and displaced at least six other tenants.

March 10
A refrigerator detonated a home in Seattle after its 37-year-old occupant tried to make the sweet stuff.

An explosion at this home in Seattle’s Lake City area Monday night was blamed on a hash oil operation.
(KCPQ-TV)

March 11
Four people in Shelton, Washington, were rushed to the hospital, two of whom via helicopter, after their hash oil cook went kablooey.

March 12
Gotta hand it to this guy in Merced, California, who tried his best to craft a batch of artisan dabs one block away from the sheriff’s office. Unfortunately, not all went according to plan.

March 12
Another day, another dude airlifted to a burn unit. This time near Qualicum, British Columbia. Two of his buddies were also critically injured when their hash oil experiment went haywire.

Police in Commerce, California, found several hundred canisters of butane in a home that was blown to smithereens by a suspected hash oil lab.

March 25
A Boston-area hash oil blast sent three people to the hospital, caused a two-alarm fire and resulted in over $200,000 in damages.

March 26
A man in Grand Junction, Colorado, torched his home and landed in the hospital following a marijuana mishap.