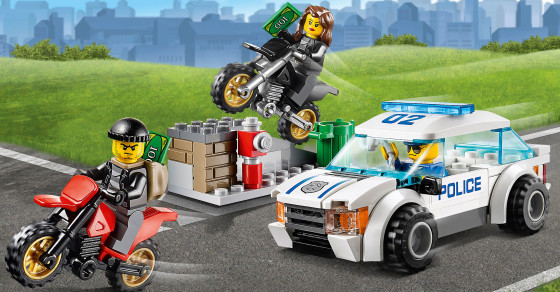 For Master Thieves, Legos Are the New Uncut Diamonds
By Shane Dixon Kavanaugh

For Master Thieves, Legos Are the New Uncut Diamonds 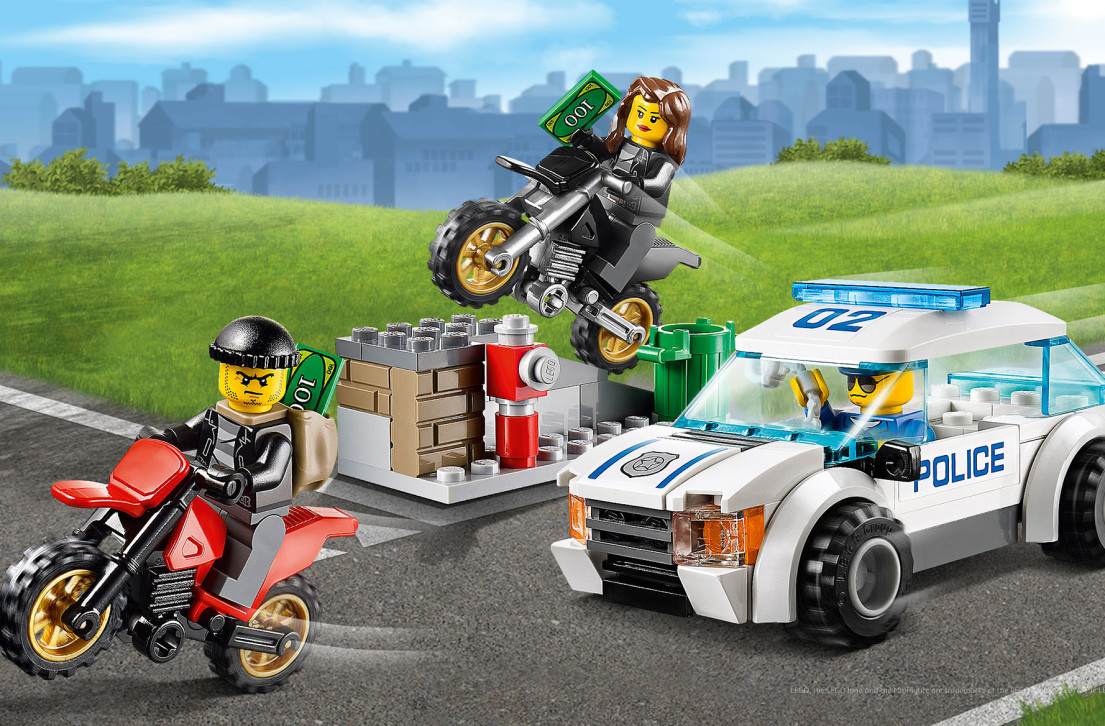 Gloria Haas stole enough Legos last week to build her own plastic prison cell, according to authorities in Nassau County, New York. The 53-year-old was arraigned Friday on grand larceny charges after she allegedly snatched 800 sets of the iconic toys from a collector in Long Island and tried to unload the haul—valued at $59,000—on eBay.

Less than 48 hours later, police toppled an even bigger Lego crime ring in Phoenix, Arizona, arresting four people in connection with at least $40,000 worth of Legos stolen from several Toys “R” Us stores. They also discovered $200,000 in Lego merchandise—18 pallets’ worth—in one of the suspects’ homes and a storage facility.

A small fraction of the $200,000 in Lego merchandise seized last week in Phoenix, Arizona.

While Legos aren’t exactly uncut diamonds (they’re not nearly as portable), as far as untraceable commodities go, they’re almost as good. Thieves can sell unopened Lego sets, which are very difficult to track, almost immediately online for as much or more than the retail price. And if they sit on them for a while, it gets even better, because many of the bigger sets rapidly appreciate in value—at a rate much faster than inflation. In other words, they’re money in the bank.

Last week’s back-to-back busts underscore what appears to be a growing awareness among criminals of Legos’ street value. Over the last couple of years, professional thieves and opportunists around the world have turned the Danish building blocks into fat stacks of Benjamins. They’ve included Silicon Valley executives, criminal masterminds in Florida, Oklahoma conmen and even drug dealers in Amsterdam, who have started accepting Lego toys as payment.

Some go for the toy stores, others rob the delivery trucks. Earlier this year, a suspected band of crooks in Australia brandished angle grinders and crowbars to pilfer at least $30,000 in Legos from four different retailers. In England, bandits in Watford Gap and West Yorkshire pulled off Lego truck heists to the tune of $87,000 and $67,000.

Brazen Lego heists have been happening with increased frequency around the world.

In recent years, many criminals have devised increasingly sophisticated schemes to get their hands on the sweet plastic bricks. It took Phoenix police four and a half months of investigating before they could finally arrest Garry Fairbee, 35, Tarah Dailey, 33, and Melissa Dailey, 34. The crew was quietly stealing the most valuable sets and selling them at a discounted price to Troy Koehler, 40, a realtor by profession, who would then peddle the goods online.

Others prefer to work alone and spread the crimes across several states to avoid detection. William Swanberg made headlines in 2005 after he allegedly boosted more than $200,000 in Lego bricks from Target stores across Oregon, Utah, Arizona, Nevada and California. The Reno, Nevada, man had meticulously mapped stores he planned to hit with special software. He would then switch bar codes on Lego boxes, swapping an expensive label with a cheaper one, according to police.

In almost every case, the ill-gotten goods are eventually sold over eBay and other online marketplaces, where Lego lovers are willing to plunk down hundreds of dollars for Lord of the Rings, Star Wars and Legends of Chima sets, whose retail prices alone can run as high as $500. EBay currently lists more than 107,000 Lego sets, including a collector’s edition of the Star Wars Millennium Falcon for $3,350 and an unopened Eiffel Tower set for $3,300. BrickLink, a marketplace that deals exclusively in Lego products, lists more than 11,000 sets and nearly 35,000 parts for sale.

Online vendors say the persistent demand for Lego sets, their tendency to appreciate in value over time and their difficulty to trace over the Internet make the plastic toys irresistible to thieves. “It makes total sense why people would steal Lego,” says Nathan Francis, who grosses between $3,000 and $4,000 a year legally selling sets on BrickLink in his spare time. “Lego sets can and do fetch a pretty penny.

In fact, the value of some coveted sets can skyrocket in a matter of years. For example, Francis says, the Lego 3450 Statue of Liberty sold for just $200 when it hit the market back in 2000. Lady Liberty, if unopened, now sells for as much as $10,000 on Amazon. “Lego holds its value very well on the secondary markets,” Francis says.

Just ask Thomas Lagenbach. Investigators found hundreds of stolen Lego sets in 2012 inside the Silicon Valley tech executive’s multimillion dollar home. Lagenbach later pleaded no contest to fabricating his own bar codes at home, which he would then place on pricey Lego sets at Target to buy them at a cheaper price. The former vice president of SAP, a German software company, sold more than $30,000 in Lego sets on eBay under the name “tomsbrickyard,” authorities said.

“This particular crime, the way it was done, the sophistication, the amount of expenditure in time and money to do it, suggests there’s something way beyond money that motivated him to do it,” said Cindy Seely Hendrickson, a deputy district attorney for Santa Clara County.

Perhaps it was just the thrill of the game. To his credit, Lagenbach’s eBay ratings were 99.9 percent positive.