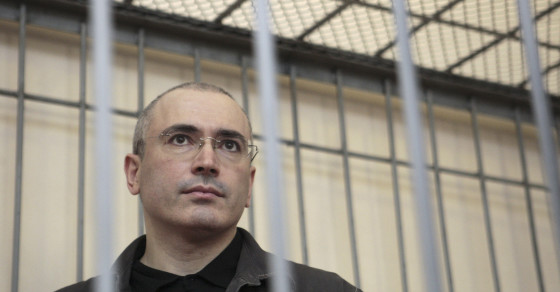 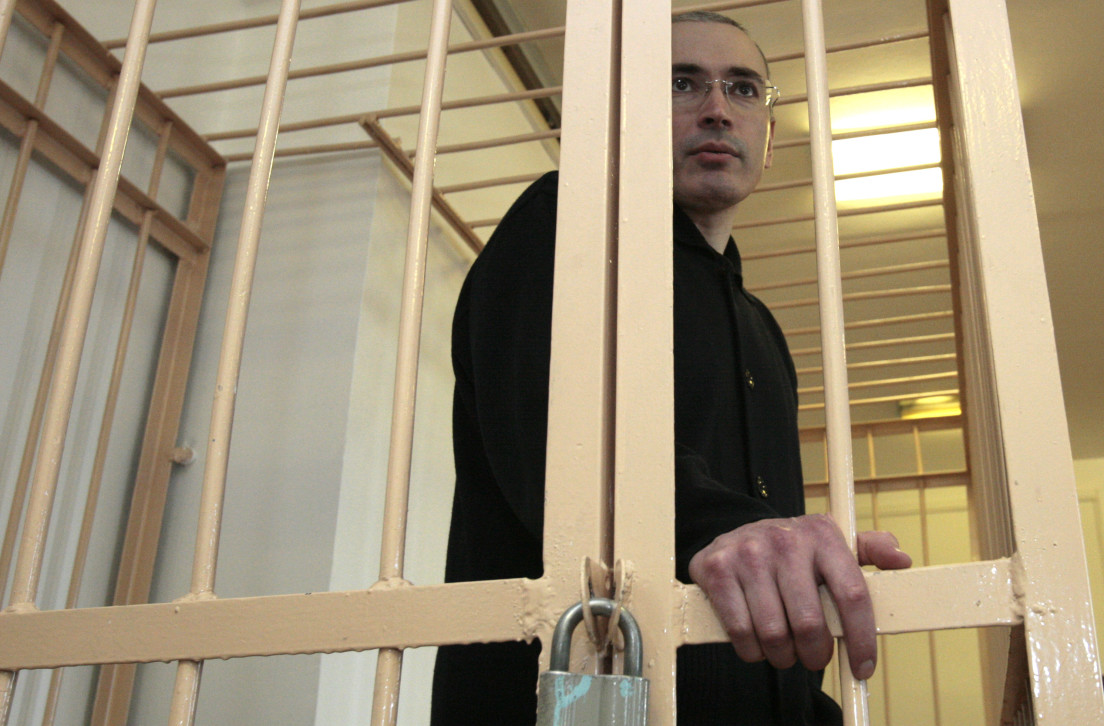 In most criminal justice systems, it’s taken as given that you’re innocent until proven guilty, and that you deserve your day in court. In Vladimir Putin’s Russia, however, you might as well skip it and give yourself up. More than 99 percent of all criminal defendants are found guilty in court, a statistic that robs suspects of hope and outrages human rights workers.

And here’s another terrifying figure for anyone unfortunate enough to be standing trial in modern Russia: A criminal defendant is around 20 times less likely to be acquitted than they were during Soviet dictator Joseph Stalin’s Great Terror. (In fact, even those charged with “anti-Soviet agitation” during that bloodthirsty period had a better chance of acquittal than a criminal defendant in today’s Russia.)

These figures stunned even then-President Dmitry Medvedev when he was confronted with them in 2012 by Mara Polyakova, a member of the Kremlin’s human rights council (yes, such a thing does exist).

“Either I misheard you, or you really said that,” said Medvedev, a lawyer by profession, after Polyakova had delivered her report. “What did you say the acquittal rate is?”

“0.8 percent,” replied Polyakova. Medvedev, clearly taken aback, promised to investigate, but somehow never got round to making the results of his research public.

Russian judges and court officials frequently depict this astronomically high conviction rate as proof of the judiciary’s effectiveness. The head of the court where opposition figurehead Alexei Navalny stood trial last summer on embezzlement charges told reporters that only watertight cases make it to Russian courts. (Navalny was, of course, found guilty. Little surprise, as the presiding judge had not acquitted a defendant in 130 previous trials.)

Russian opposition leader Alexei Navalny (right) and his co-defendant Pyotr Ofitserov sit inside a glass-walled cage as they attend a court hearing in Kirov on July 19, 2013.
(Reuters/Sergei Karpukhin)

“It’s very simple—there is no justice in Russia. The decisions taken by courts bear no relation to what is actually written down in the laws of the land,” says Mark Feigin, one of the lawyers who defended anti-Putin protesters Pussy Riot.

“The judiciary serves the state—a discredited, isolated state—rather than the people. Judges are nothing more than government officials. They know they can easily be replaced, and so they take important decisions for the state.”

But judges are also loath to acquit in run-of-the-mill criminal trials.

“In my experiences, acquittals occur in not one percent, but 0.1 percent of all criminal trials,” says Moscow-based lawyer Dmitry Arganovsky. “An acquittal isn’t seen by the courts as a normal part of the legal process, but as a defect in the system.”

The acquittal rate is, however, higher in jury trials, as opposed to bench trials. A lot higher, in fact, with some experts estimating that around 15 to 20 percent of all jury trials in Russia end in an acquittal. No surprise, then, that the authorities have cut down dramatically on the amount of jury trials since their introduction in 2003 and are seeking to phase them out entirely.

All this, of course, begs the inevitable question: Why do defense lawyers even bother to turn up to work?

Members of Pussy Riot sit in the defendant's cell before a court hearing in Moscow on Aug. 8, 2012.
(Reuters/Sergei Karpukhin)

“In political cases, there isn’t even a minuscule chance of an acquittal,” says Feigin. “But here, as a political lawyer, my role is to increase public and media awareness of the case, to highlight the prosecution’s errors and contradictions. This worked well in the Pussy Riot case. Yes, the women were jailed for two years, but they could easily have got seven—the maximum sentence for the charges.”

“There is always something to fight for,” says Argonovsky. “We can’t really hope to get an acquittal, but we can get softer sentences for our clients, and sometimes even get sections of the charges thrown out. If the case isn’t political, the courts aren’t always so harsh.”

So, with the odds weighed so heavily against defendants, who exactly are Russia’s lucky one percent, those who somehow manage to walk away from court entirely scot-free?

“The figures aren’t so easy to get hold of,” says Feigin. “But basically we are talking former law enforcement officers, government officials and so on. The system looks after its own.”

It takes some digging, but a distinct pattern that backs up Feigin’s argument begins to emerge. Late last month, a court in south Siberia’s Altai cleared the ex-head of the region’s forestry department on abuse of office charges. Earlier this month, the ex-head of the administration of the central Russian city of Smolensk was found not guilty of bribery charges. Neither case was widely reported.

There are higher-profile acquittals.

Dmitry Kratov, the prison official accused of causing the death of lawyer Sergei Magnitsky in prison in 2009, sits in a courtroom during his trial in Moscow on Dec. 28, 2012.
(AFP/Getty Images/Kirill Kudryavtsev)

In late 2012, Dr. Dmitry Kratov, the only official to face trial over the death in prison of whistle-blowing lawyer Sergei Magnitsky was acquitted by a Moscow judge. Magnitsky had died just over a year after being detained on tax evasion charges by the very same Interior Ministry officials he had accused of massive embezzlement. The Kremlin’s human rights council (them again!) said Magnitsky’s death was the cause of a beating and the refusal of medical assistance. In a rare show of leniency, prosecutors asked the judge to drop the charges against Kratov, who had been accused of negligence in denying Magnitsky medical assistance.

Another one of the fortunate few is Andrei Grivsov, a former investigator at the Investigative Committee, an FBI-style law enforcement agency answerable only to the president. Grisov was found not guilty in October 2012 of extorting $15 million from a Moscow businessman. In a shock for Grivsov, however, Russia’s Supreme Court annulled his acquittal earlier this year. It should be noted that Russia’s Supreme Court has delivered a number of unexpected verdicts in recent years. Perhaps that why Putin has ordered a reduction of its powers?

How does Russia’s conviction rate compare with Western countries? In Britain, acquittals occur in 17 percent of criminal trials. In the United States, convictions in federal trials are at a staggering 93 percent, with 97 percent of defendants pleading guilty. The situation is somewhat different in U.S. state courts, with conviction rates ranging from 60 percent to about 80 percent.

Not that a comparison of global conviction rates is likely to be of much interest to defense lawyers and their clients awaiting trial and almost certain conviction in Russia. “We do what we can,” says Argonovsky, sighing. “But trials here are little more than a continuation of the process of prosecuting a defendant.”

Marc Bennetts is the author of Kicking the Kremlin (Russia’s New Dissidents and the Battle to Topple Putin), published by Oneworld Publications.