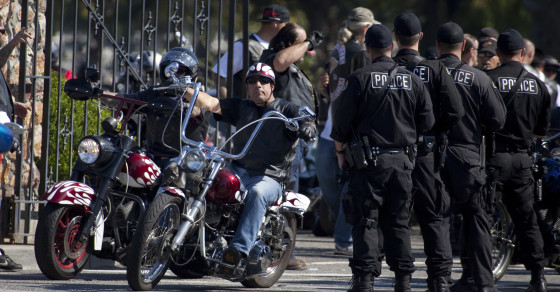 How To Join An Outlaw Biker Gang
By James King

How To Join An Outlaw Biker Gang 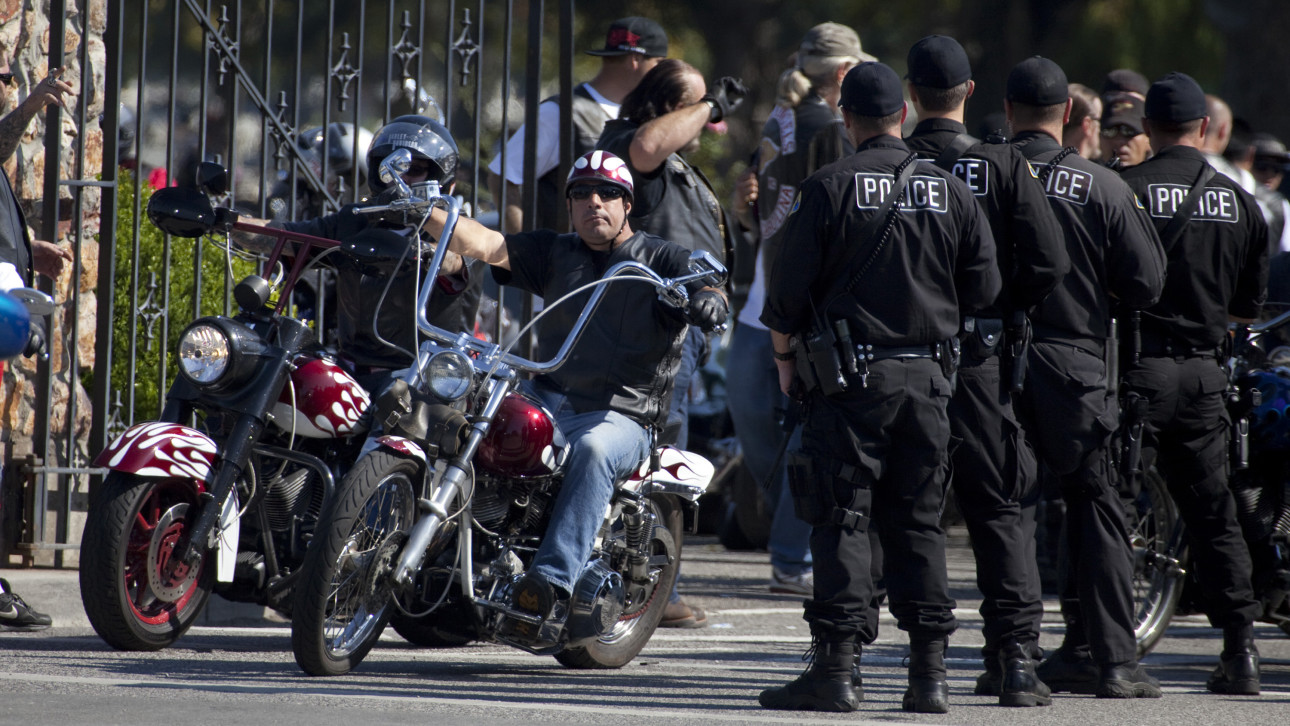 Vocativ reporter James King has spent five years covering outlaw motorcycle gangs, primarily in the southwest. The following is comprised of past and current reporting, interviews with former bikers and wannabes, their loved ones and law enforcement officials, some of whom went deep undercover to infiltrate the most violent outlaw biker gangs in the world.

Outlaw motorcycle gangs are among the most secretive, exclusive and dangerous organizations in the world, and joining one is more complicated than walking into one of their clubhouses and saying, “Where do I sign up?” For the nine bikers killed, and the 172 facing murder charges for Sunday’s deadly shootout in Waco, Texas, the process was likely far more involved—and illegal.

Most bikers find their way into an outlaw motorcycle gang—coincidentally known by the moniker OMG in law enforcement circles—by having a current member vouch for them. A friend or family member who is an OMG biker goes a long way. They can introduce a prospective member to the club and, if he’s lucky—and we’re talking almost always he here as women rarely gain membership—he will earn “hangaround” status. That means the wannabe outlaw has the privilege of hanging around the club’s members, but only if he “knows his place” around the bikers, who expect a “hangaround” to show respect and steer clear of a gang faux pas like interrupting members when they are talking.

To become a “hangaround” without introduction from a existing member is a tough and frustrating process. Ask a Hells Angel how to join their organization, and the most common response is, “If you have to ask, you wouldn’t understand the answer.”  Interested bikers generally have to show up where the outlaw bikers hang out and hope that they get noticed. It helps to have some skill the gang finds useful—generally criminal in nature—that will allow a biker to make the most of “hangaround” status and be used regularly in the illicit activities of the clubs.

But this is not membership, not by a long shot. The next step is becoming a prospect, and that’s when things get tough.

A patch-wearing member of the OMG needs to sponsor a “hangaround” in order for him to graduate to this next stage. The gang will generally run a background check on to make sure they aren’t being infiltrated by government informants, undercover police or members of a rival gang. These investigations sometimes include requests for past W-2 forms and credit checks so the gang verify a prospect’s identity as thoroughly as possible.

Once officially made a prospect, the biker becomes the butt of jokes and is expected to do grunt work like cleaning and guarding bikes, while patch-wearing members throw parties. When an OMG holds or attends biker events, prospects are often sent to do advance work. While a prospect, candidates are given leather vests similar to the ones worn by members, but the club’s seal is left off the vest. It isn’t until a prospect becomes a member does he get to wear the club’s patch, which members hold sacred.

The prospect period is designed to make candidates show their loyalty to the club, which often includes committing crimes and participating in violent behavior. Today’s outlaw biker gangs are involved in a wide range of crimes, officials say. While they’ve stuck with traditional moneymakers like drugs, firearms and extortion, they are starting to get involved in things like human trafficking, prostitution and even white-collar crimes like counterfeiting and money laundering. Prospects are a part of all of it—and violence is often expected by the gang.

Sadly, the ultimate way for a prospect to prove his loyalty is through murder.

In 2001, Paul Eischeid—a one-time Charles Schwab stockbroker who entered the world of outlaw biker gangs and graduated to being a prospect—was at a party at the Hells Angels clubhouse in Mesa, Arizona. During the party, Cynthia Garcia, 44, “mouthed off” to some club members. Eischeid and other Hells Angels associates beat her, stabbed her and then drove her to a remote part of the desert and left her to die. Eischeid was charged in the case, but escaped custody after posting bond and cutting off his monitoring device while on house arrest awaiting trial. He was found in 2011 hiding in Argentina and taken into custody. He is yet to go to trial. The other associate, Kevin Augustiniak, pleaded guilty to second-degree murder in 2012 and was sentenced to 23 years in prison.

More How 172 Bikers Could Face Murder Charges For Waco Shootout

Jay Dobyns, a former Bureau of Alcohol Tobacco and Firearms special agent, infiltrated the Hells Angels in the early 2000s by posing as a gunrunner from a Tijuana-based gang, the Solos Angeles. He was introduced to members of the Hells Angels by a Solos Angeles member who was arrested by ATF agents on weapons charges and agreed to become a cooperating witness. Dobyns was never a prospect—because he supposedly was a member of a different gang. Instead, he was attempting to “patch in” to the Hells Angels, which allows a candidate to forgo the humiliating prospect phase.

Dobyns’ gained acceptance into the Hells Angels by murder—although, nobody actually died. In June 2003, in the middle of Dobyns’ undercover operation, the Hells Angels heard rumors that he was a government informant. To gain the gang’s trust, Dobyns told the Hells Angels leadership that he was planning to make a trip to Mexico to murder a rival biker from the Mongols Motorcycle Club. In reality, however, Dobyns and other ATF agents staged a murder scene by covering an agent posing as a Mongol biker in goat blood and brains. Photos of the scene, action shots of Dobyns supposedly murdering the agent, and the supposed Mongol blood-soaked biker vest were sent to the Hells Angels back in Arizona as proof of Dobyns’ loyalty.

Dobyns says he was granted membership to the club, but the Hells Angels deny they ever let him in.