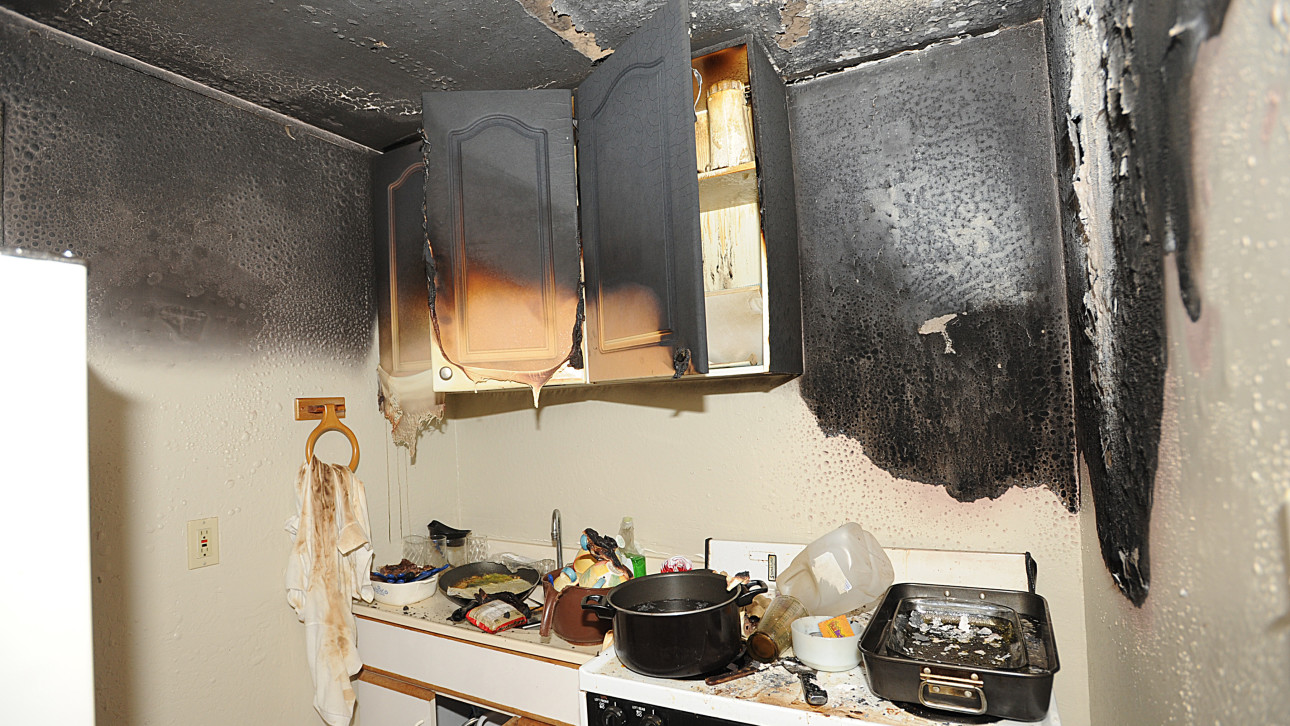 Roommates Robby Meiser and Bruce Mark were using butane to turn a stash of marijuana into hash oil when the gas ignited in their Kirkland, Washington, apartment. The subsequent explosion destroyed two homes and left both men hospitalized with scorched upper bodies.

The pair are actually among the lucky ones. In the week since the Jan. 1 blast, mishaps while making the heady goo have left a Hawaii man dead, a dude in Fresno, California, with second- and third-degree burns over 80 percent of his body, and an apartment complex in San Diego with $1.2 million in damage.

Hash oil’s potent trail of seared skin and annihilated homes shows no signs of slowing down in 2014, giving the mayhem long associated with meth labs a run for its money. Dozens of dope-smoking enthusiasts are paying a steep price trying to sap a better high from weed. And the carnage underscores an unintended consequence that’s accompanied the loosening of marijuana laws for medical and recreational use.

“We’ve been very fortunate that nobody has been killed,” says Jeff Satur, a police commander in Longmont, Colorado. The town, about 15 miles north of Boulder, dealt with its first hash oil explosion in 2012 when a man tried to smoke a cigarette while using butane to extract THC from pot. He nearly blew himself to smithereens.

Last month, Longmont police responded to reports of a man whose body was literally smoking as he staggered down a residential street, Satur says. It turned out that the victim, Benjamin Callahan, and a buddy had detonated a nearby garage that they converted into an illicit lab. Callahan was trying to bolt from the smoldering scene when cops found him. After two days in a burn unit, he fled the state to avoid arson and reckless endangerment charges. There’s now a warrant for his arrest.

Others have been far less fortunate. Two 23-year-olds in Livermore, California, faced murder charges in 2012 after a man inside their apartment blew himself up while cooking hash oil. Evan Aviles and Lexie Hutson, who were also severely burned in the accident, later pleaded guilty to involuntary manslaughter and to being an accessory, respectively. Aviles is serving a three-year stretch in state prison. Hutson would not return multiple requests for comment.

The walls and ceiling in a kitchen are charred in an explosion caused by a combination of marijuana and butane in a PVC pipe.
(Shelly Thorene)

“We took this case extremely seriously,” says Teresa Drenick, a prosecutor for the Alameda County District Attorney’s Office. “Not only did they put their lives in danger, but of those living in adjacent homes.”

In nearly all cases, the explosion victims used butane, a flammable solvent, to extract hash oil from marijuana. Typically, people fill a canister with pot and use butane to strip away the psychotropic plant oils. They then cook off the solvent by boiling the oil in a hot-water bath. Unfortunately, many folks produce the oil indoors where poor ventilation can cause explosions. The problem has become so persistent that the U.S. Fire Administration—a division of FEMA—published a brief memo on hash oil explosions last year.

Despite the dangers, cooking hash oil continues to surge in popularity. Dozes of DIY and how-to videos dot the Internet. States like Oregon, Washington and Colorado, which allow medical or recreational marijuana use, either permit or do not explicitly prohibit users from converting pot into the sticky substance. Perhaps most importantly, hash oil gets you fucking stoned. Containing 15 to 30 percent THC, a few drops can get you as ripped as a joint.

Various types of hash oil that have been formed into a type of wax and powder for convenience are displayed at Sonoma Patient Group in Santa Rosa, California.
(ZumaPress.com/Santa Rosa Press Democrat)

“Basically, it’s a whole lot stronger than normal weed,” says one Oregon man who lost his best friend, his fingers, half his flesh and the use of his right hand in a hash oil explosion. “I’m not scientist, but that’s why I did it.”

The man (who spoke candidly with Vocativ on the condition that his name be withheld) had extracted oil from pot plants several times prior to the blast that rocked his neighborhood outside of Portland, Oregon, last May.

One minute, he was in his garage and clutching a butane torch while the friend assisted him with the cook. The next, a powerful explosion triggered by a furnace pilot light hurled him through the garage door. Covered from head to toe in flames, the man began rolling around in his front yard. Then he realized his friend was still inside the garage.

“And the whole entire thing was a fireball,” he says. Still, he ran back into the garage and dragged his friend out of the burning rubble. The friend died in a hospital 18 days later.

As for the man, he spent six weeks in a medically induced coma while doctors performed a dozen operations on his charred body. He then spent another six weeks at the Rehabilitation Institute of Oregon.

Today, grafted skin covers his entire body from the waist up, he says. He lost his sweat glands and the use of his right hand. He and his girlfriend lost everything in their home from the explosion. His medical bills are $1.3 million.

The man says he has zero interest in ever making hash oil again.

“I hate to call myself a fucking idiot, but I guess I learned the hard way,” he says.