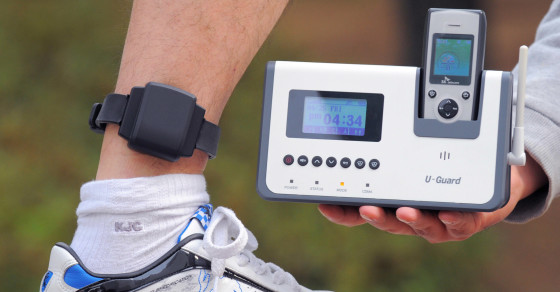 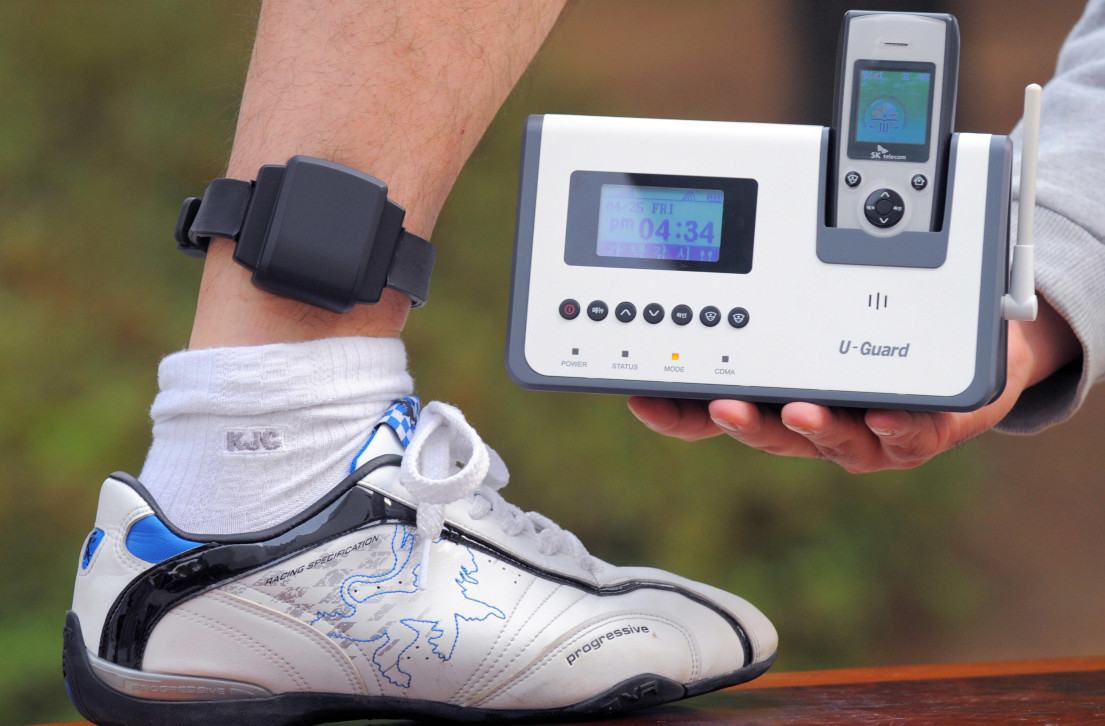 Earlier this week, two men in Southern California were arrested for unspeakably heinous crimes: Police say they allegedly raped and murdered four local women, dumping the last woman’s body on a conveyer belt at a trash-sorting facility in Anaheim.

Both men were convicted sex offenders on parole—and both, interestingly, were wearing ankle bracelets with GPS monitors at the time of their crimes. If you ever imagined a system in which cops were tracking a parolee’s every step on a Google map, waiting to burst in right before that person committed a crime, think again—the electronic monitoring system is plagued by myriad inefficiencies and disorganization.

First off, they can be easy to take off. There are ample videos on YouTube showing how, using basic hand lotion and a plastic bag, some offenders have been able to slip the ankle bracelets off their feet. Even Martha Stewart, on home arrest and forced to wear an ankle bracelet in 2005, proclaimed to Vanity Fair: “You can figure out how to get it off. It’s on the Internet. I looked it up.”

Whether electronic monitoring has an effect on recidivism rates is a notoriously complex challenge that’s been studied by criminologists for two decades. But looking simply at the functioning of GPS monitoring, people in the business say there are several inherent flaws with the system. Those flaws range from a lack of police manpower to federal and state agencies that don’t collaborate on parolee GPS data. There’s also basic technical problems, like GPS trackers that lose service whenever a person steps underground or into an “urban canyon.”

George Drake has been trying to answer the question of how to make electronic monitoring more effective for the better part of 30 years. Drake, the president of New Mexico-based Correct Tech, is perhaps the world’s foremost expert on the technology and implementation of GPS electronic monitoring. In his role, he assists government agencies with their offender tracking programs; his biggest contract is with the Corrections Technology Center of Excellence, a division of the National Institute of Justice.

In the last few years, Drake says the use of GPS trackers has grown by 30%, in large part because the cost of the technology has been driven down by the commoditization of GPS cell phone technology. “Your Android or Apple phone actually is a much more advanced chip than what’s used in offender tracking tech,” he says.

What happened in California earlier this week actually happens all the time. One study, published in 2013, found that of 1,351 defendants released with GPS ankle bracelets in Washington, D.C., in 2012, 110 were arrested and charged with new crimes. “Nearly a dozen crimes were violent, including armed robbery, assault and attempted child sex abuse,” reported The Washington Post at the time. “In past years, defendants in the program have been charged with murder and rape.”

Drake estimates there are between 70,000 and 80,000 electronic monitors in use today. The monitors are leased out by manufacturers, and prices are usually $3 to $4 per day on the low end, all the way up to $10 to $12 on the upper end. They use rechargeable batteries that last about 22 hours, and get replaced after one year.

In the United States, there are about 7 million people on probation or parole, so it’s a relatively minor percentage that are outfitted with the ankle bracelets. It varies from state to state, but those who have the trackers are typically parolees who had been convicted of violent and sexual crimes.

Today the monitors made with a hard plastic shell and a rubberized strap, with a fiber-optic cable inside. The fiber-optics shine a “ring of light” around the ankle, and any time that ring of light is interrupted—say, by cutting the strap with a sharp pair of scissors—the monitor alerts police. According to Drake, the monitors can stretch about 5% before they go into “tamper mode.”

As a sort of strange byproduct of his work, Drake has become something of an expert on human anatomy; he has spent years comparing the ratios of the circumference of human ankles to the circumference of heels. He uses that research to consult with manufacturers, who are eager to design products that are impossible to slip off.

“People who have stubby ankles and small feet—it doesn’t take much to slide it over the heel,” he says.

Many of the newest models are made with accelerometers and motion detectors, so that when people stay still too long (or have managed to slip off the tracker), it sends out an alert to local police. They’re also made with sensors, so that if a parolee tries to crack open the hard plastic and remove the GPS chip, it also sends out an alert. “It’s like the refrigerator door,” he says. “When you open it, the light comes on.”

In some ways, modern offender trackers are not really all that different from a stripped down Fitbit.

Since they first were introduced with GPS in 1997, the bracelets have functioned in pretty much the same way. Each parolee is assigned with certain “exclusion zones” and “inclusion zones.” Basically, they’re geographic parameters. If the parolee is a convicted sex offender, for instance, the exclusion zone would likely include places like schools, parks and public swimming pools. Inclusion zones would be the offender’s home and work.

The GPS monitors pings the system every few moments. That digital information—unique to each parolee—is sent to a data warehouse, which is usually managed by the device’s manufacturer. Custody of that digital information is extremely important. If the data is ever used as evidence in a trial, prosecutors need to prove that the information was housed securely.

If the parolee steps into one of the exclusion zones, the data center automatically pings an alert to the local law enforcement agency, which then dispatches an officer to check on the parolee. Ostensibly, this happens as quickly as possible, but as Drake points out, it’s never actually “real time.”

“In almost all cases, it’s done through an automated process,” Drake says. “The device checks in, it uploads its information to the server, and automatically send out reports. There could be a several-minute delay.”

One of the main challenges with GPS tracking, he says, is a problem anyone with a cell phone has experienced: Sometimes you just lose the GPS signal. False reports can be generated because a parolee steps into an underground parking lot or a subway.

But there’s a bigger problem with electronic monitoring: Even with the technology constantly pinging the system, police often lack boots on the ground to actually prevent violations in progress. “The biggest problem is an underestimation of manpower needs,” he says.

This could have serious implications. If the ping comes from the data center, but the police are responding to other calls, it might take several minutes, or even hours, to respond. By the time they do, it may be too late.

There’s a bit of irony here. The costs of GPS technology have dropped, which have made electronic monitors more affordable for state agencies. But while the devices themselves are affordable, they require a response infrastructure that many local police precincts simply can’t afford.

“There’s a lot of work that goes along with offender tracking,” Drake says. “Agencies are approached by a vendor who says, ‘We’ll lease these to you for four bucks a day.’ And [the agencies] say, ‘Sure.’ They fail to plan for all the other expenses that go along with running the program—having the staff available 24 hours, vehicles in the field. So they hire more staff, get more cell phones, more desks, more officers, more benefits. And then they look at the cost of the program and it’s six times more expensive.” 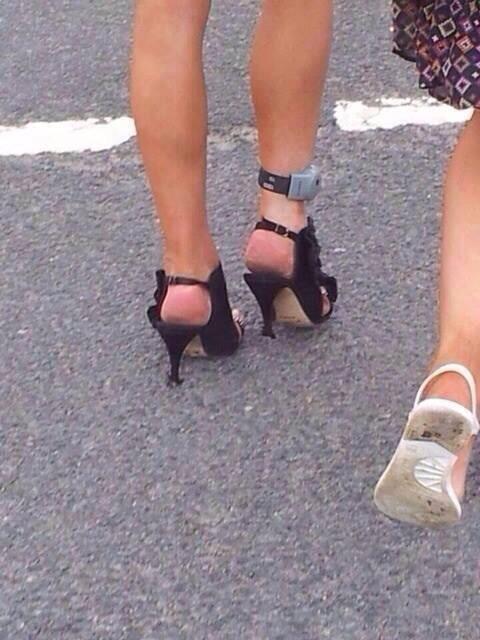 In the case of the two men arrested earlier this week, both were wearing GPS monitors. You might think that an alert would have been generated to police if two known sex offenders were hanging out in close proximity.  But according to the police report, one of the offenders was wearing a federally issued monitor; the other was wearing a state-issued monitor—and the two groups do not share data.

“How could these two people have been associated with each other and no one has noticed?” Drake asks. “They use disparate platforms to pool their data.”

Drake says the Department of Justice is working on a way to aggregate data, but they’re at least a year out from completing that project.

Drake sees more agencies using GPS tracking in the future, but he doesn’t think it’ll ever reach the point where ex-cons are implanted with GPS chips—as some have suggested.

“That is science fiction,” he says with a laugh. “I also think it’s inhumane.”