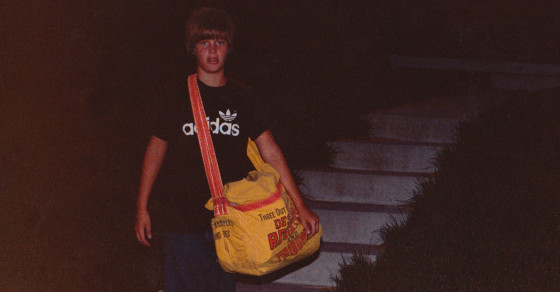 The Original Missing Boy on the Milk Carton
By Elizabeth Kulze

The Original Missing Boy on the Milk Carton 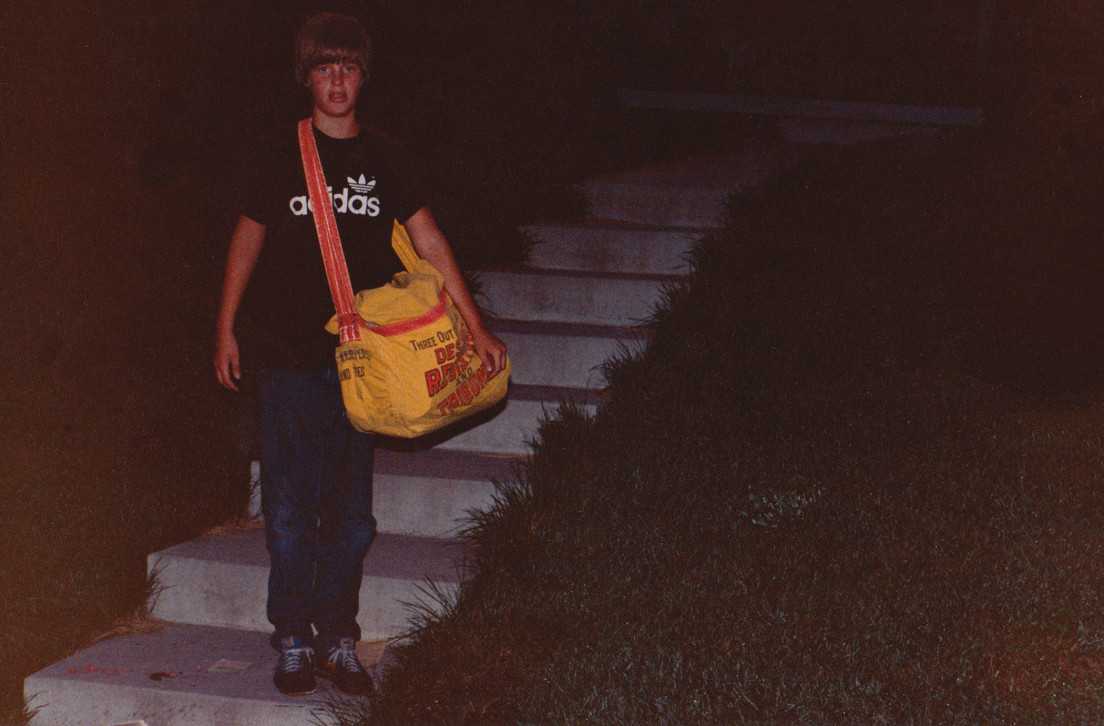 In the early morning of Sept. 5, 1982, Johnny Gosch, a 12-year-old paperboy, left home for his morning delivery route and never returned. He had been pulling a red wagon because the paper was particularly heavy that day, with his dachshund, Gretchen, at his side. The wagon was later discovered abandoned in the grass flanking a street in his West Des Moines, Iowa, neighborhood, and his dog found its way home alone. Two years later, Johnny became one of the first missing children to be featured on the side of a milk carton.

The 31-year-old cold case is the subject of a new documentary, Who Took Johnny, which tells the story of through the eyes of Johnny’s mother, Noreen Gosch. Through interviews and archival footage of news segments, the film chronicles Noreen’s struggles with an incompetent local police department and the media as she fought aggressively to find her son. She was characterized as exhausting and relentless by her critics, but her headstrong efforts served to initiate major changes in how law enforcement and the government handle missing children and abduction cases, and for the first time, brought to light the gruesome reality of child sex trafficking on American soil.

The morning of their son’s disappearance, Noreen and Johnny’s father, John, initially became alarmed after the neighbors called to say that they had never received their paper, which was unusual for the boy who always won the “perfect service” award. After John searched the neighborhood and found his son’s deserted wagon full of Des Moines Register Sunday editions, he immediately called the police. And though the station was only 10 blocks away, it took them 45 minutes to arrive, according to Noreen’s account—the first in a series of missteps that may have severely undermined efforts to recover her son.

A local Iowa dairy is believed to have come up with the idea to put missing children's faces on milk cartons, one of the first being Johnny's.

Compared with how missing children’s cases are handled today, 1982 was a different time. The country had virtually no national infrastructure to aid in the search of missing children, like Amber Alerts or the National Center for Missing and Exploited Children, which the Goschs later helped launch. At the time, police protocol in the state of Iowa required that officers wait a full 72 hours before investigating an abduction case, though we now know that the first three hours of such cases are the most critical. It was also an era when words like “pedophile” and “sex trafficking” weren’t part of the public lexicon—they were considered too unmentionable to name. A desperate mother like Noreen was left with two choices: sit back helplessly and wait for her kid to magically return, or take matters into her own hands.

“It was difficult to get up and put one foot in front of the other,” Noreen says in a phone call from her home in Des Moines. “But I knew I had to do it. I knew no one else was looking for him, and I knew that if I didn’t keep moving forward that no one would remember him today.”

Noreen butted heads with the local police force many times during their investigation, mainly because they didn’t do much investigating at all. From the start, the department categorized him as a runaway, a common knee-jerk reaction to children who suddenly vanish, which also provided convenient pretext for an inadequate investigation. They chose to disregard multiple witnesses who reported seeing Johnny speaking to a stocky man in a blue, two-toned Ford Fairlane. And they ignored yet another account of a witness who claimed he saw Johnny being followed by a man who eventually incapacitated him and tossed him into the same car. Noreen was also denied any assistance from the FBI, after the police chief decided he could find no evidence of a crime.

“I was stunned. I couldn’t believe this was happening in America,” Noreen says. “Their decisions cost a family one of their children.”

Noreen Gosch and her then-husband, John, attend one of the first meetings of the Johnny Gosch Foundation.

Noreen eventually hired private investigators and worked multiple jobs to help pay for their services. She was dedicated, leaving the porch light on every night in case he came home, and sending President Reagan a flier with Johnny’s face on it every day for two years. She personally vetted each tip she received. “That was the difference between them and me,” she says. “I left no stone unturned. You don’t take chances on your loved one’s life.”

In time, Noreen and the detectives turned up some disturbing clues about Johnny’s disappearance, the most significant of which was the confession of a 24-year-old convicted sex-offender named Paul Bonnacio, who admitted to helping kidnap Johnny for the purpose of child prostitution. He corroborated his statements with specific details about a birthmark and scars on Johnny’s body, and claimed he had also been a victim of the trafficking group and had been manipulated into becoming an accessory.

“I couldn’t believe it when I first heard it, but I had to accept that it was not only real, but organized,” Noreen says. “My son’s kidnapping was planned. They knew who they were coming after.”

Ultimately, the lead went nowhere because the police refused to interview Bonnacio, who suffered from multiple personality disorder, which in their eyes discredited him as a witness. The general public also found his story hard to believe. After a rash of highly publicized kidnappings, including those of Etan Patz (‘79), Adam Walsh (‘81), Kevin White (’84), Jacob Wetterling (’89) and Eugene Martin (’84), another Des Moines paperboy, most parents were hesitant to face a rationale as horrific as pedophilia. “People were scared,” says Noreen. “People were becoming painfully aware that people were taking other people’s children, and they weren’t taking them to Disneyland.”

Noreen Gosch stands in her son's room six years after his kidnapping.

Johnny’s case remains unsolved, but the prevailing theory, which his mother believes, is that he was sold into a pedophilic prostitution ring based out of Omaha. In 2006, she received an email with several photos depicting a young boy resembling Johnny bound and gagged on a bed. She remains convinced that it’s her son, but the FBI and her ex-husband believe otherwise. This kind of organized child sex trafficking was relatively unheard of at the time but has since become a mounting national crisis. Earlier this month, Congress passed five separate pieces of legislation to help curtail it.

The good news is that more missing children are being returned to their homes than ever before, thanks to the efforts of Noreen and the parents of other children who were never found. Since its inception in 1984 the National Center for Missing and Exploited Children has assisted law enforcement in the rescue of nearly 200,000 minors, and increased their recovery rate to 97 percent, up from 62 percent in 1990. That was the year Noreen was able to pass the Johnny Gosch Bill in Iowa, common sense legislation she wrote at her kitchen table that requires law enforcement to begin their investigations immediately, instead of 72 hours after children are reported missing. Eight other states have since adopted the law.

She also speaks around the country through her work with the Johnny Gosch Foundation, discussing the issues families typically avoid at the dinner table, like what to look for in a garden-variety pedophile. And though she has surrendered herself to the fact that her own child may never live under her roof again (she insists that he is still alive), she has no plans to end her crusade. “I continue to work on this issue, and I will as long as I am able because there are always new victims,” Noreen says.

Acting as a sort of godmother, she will continue to council the families of the missing and abducted, like the parents of 8-year-old Elizabeth Collins and her 10-year-old cousin, who went missing in Iowa in the summer of 2012. She advises them as to the best plan of action (who to call, who to trust, what questions to ask), but she also teaches them how to survive as the days pass and their children’s bedrooms remain hauntingly empty.

“I tell them that I never considered myself to be a victim. My son was the victim,” she says. “Many parents I’ve met over the years fall into being a victim. And yes, you have a terrible heartache to bear, but now, more than ever, you need to remain strong. You need to be capable of doing as much as you can to find your child.”

Who Took Johnny will be showing at the Brooklyn Film Festival on Saturday, June 7, at indieScreen.