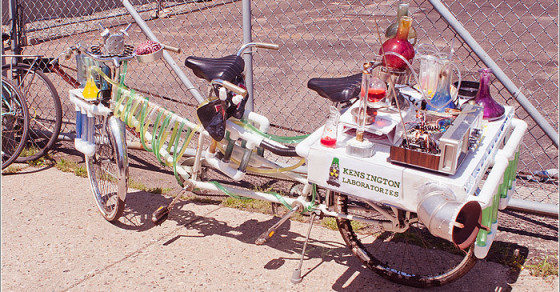 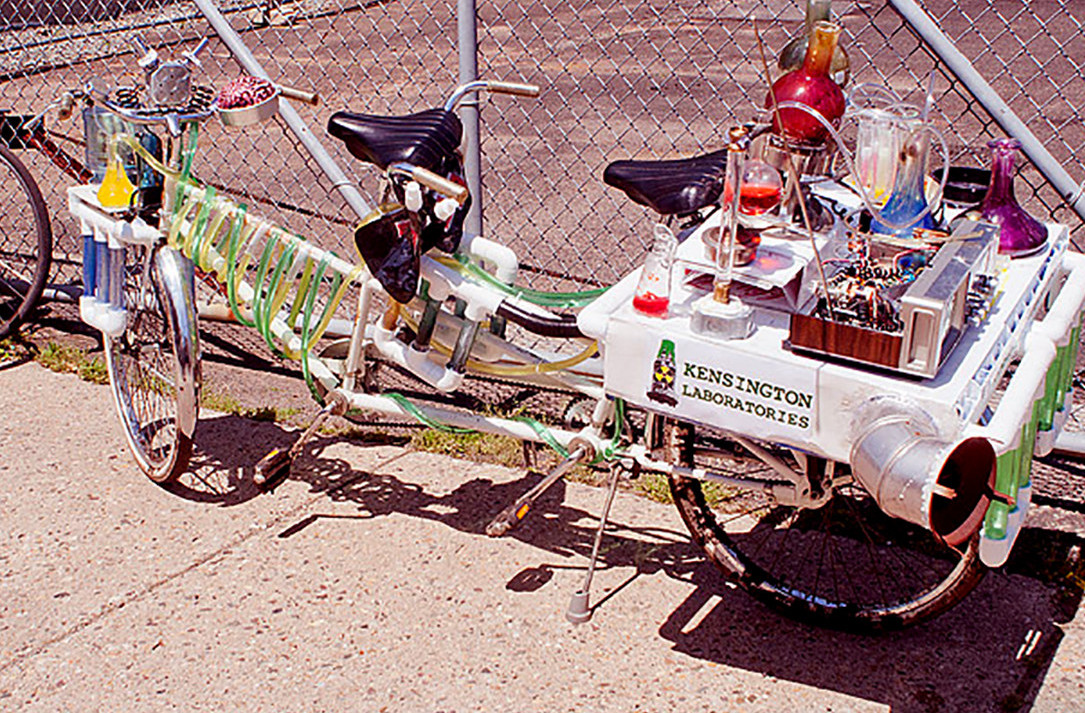 Authorities in Welch, West Virginia, arrested a Walter White wannabe last week with his very own mobile meth lab. Dennis Baker was riding around town on a bike when deputies stopped him and made an unusual discovery: The 31-year-old had a makeshift meth factory strapped to his back, with a batch of pills and household chemicals brewing inside.

“[He] actually had a live meth lab cooking in [his] backpack,” Roger Deel, chief deputy for the McDowell County Sheriff’s Department, told the Beckley Register-Herald.

Scenes of a bicycle meth lab bust in Plymouth, Indiana.

We’d love to herald Baker’s two-wheeled cook as the mark of a budding young mind determined to break new ground in the world of meth manufacturing. But actually, while the majority of mobile meth labs continue to pop up inside cars and motel rooms, it appears that plenty of other budget-minded tweakers have taken to cooking crystal while also pedaling it around town.

Police found an “active warm pot of methamphetamine” in May inside the backpack of Nathaniel Carpenter, who was stopped while biking in Hamilton, Ohio. And cops in Pittsburg, Kansas, seized a man’s mobile cook last year after he led them on a slow-speed chase on his bike.

Stanley Wayne Rice accidentally burned his 5-year-old son after his shake-and-bake meth lab exploded all over the boy's face in 2012. The two were riding a bicycle together when the cook detonated.

New formulas for making methamphetamine are helping to drive the revolution. In recent years, cooks have cast aside the clutter of elaborate labs and taken to a process known as the “one-pot” method or “shake-and-bake.” It’s as simple as tossing some pseudoephedrine pills into a plastic soda bottle, mixing in various household chemicals and shaking it up. The small batches would never pass the Breaking Bad purity test, but they are fast, cheap and simple. And they can be made on the run.

Just as with old-school meth cooks, common sense often escapes two-wheeled tweakers. Cops in South Bend, Indiana, discovered Lewis Vandusen’s mobile meth lab in 2012 because he failed to display proper lighting on his bicycle. Another cycling cook, Jamie Howell, met a similar fate when he got caught cruising around in the dark without reflectors.

In what is probably the most egregious case, a father in Oklahoma accidentally scorched his 5-year-old’s face in 2012 when his bottle of shake-and-bake exploded all over the boy. Stanley Wayne Rice’s son was riding on his handle bars when his meth cook erupted, giving the child third-degree burns. Rice was eventually sentenced to six and a half years in prison.