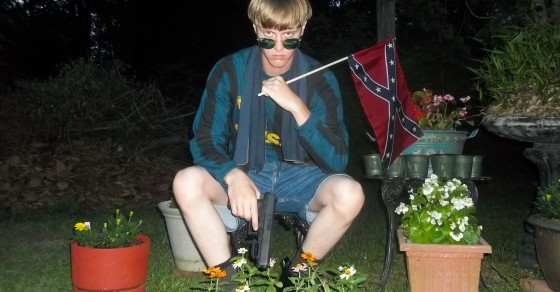 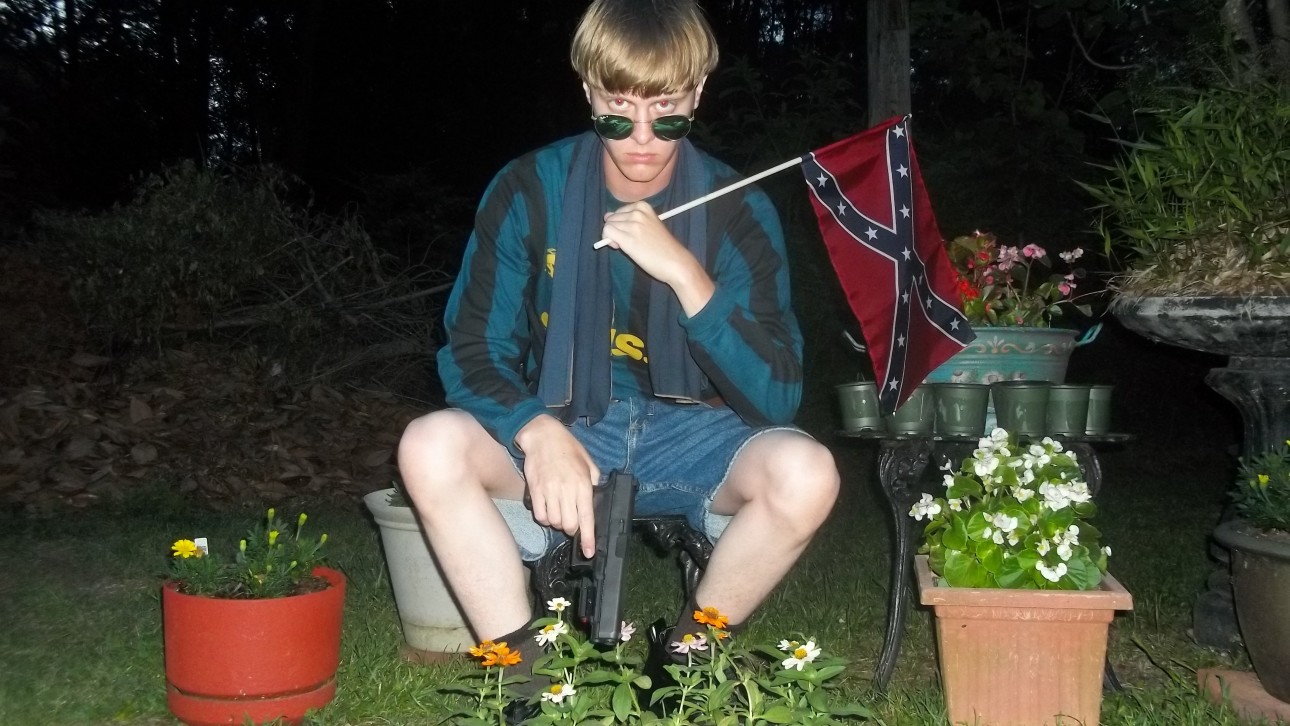 Dylann Roof, the white man charged with shooting and killing nine black people in an African American church in Charleston, South Carolina, this week, appears to have published a manifesto and cache of photographs that detail a violent, hateful ideology.

In a website titled The Last Rhodesian, a person who appears to be Roof wrote a nearly 2,500-word explanation for why, as a white person, he hates blacks and other minorities, and was left with “no choice” but to carry out what would become the deadly massacre. The website also contains a zip file with dozens of photos of Roof, who is seen brandishing a handgun and wearing white supremacist gear.

According to the manifesto, the path to Roof’s alleged racially-motivated massacre began with the Trayvon Martin case. “The event truly awakened me,” the manifesto says, referring to the black 17-year-old in Florida who was shot and killed by George Zimmerman, a white man who was ultimately found not guilty of murder.

“It was obvious that Zimmerman was in the right,” the manifesto continues. “But more importantly this prompted me to type in the words ‘black on White crime’ into Google, and I have never been the same since that day.”

The manifesto says the author, researching the Martin case, discovered and was influenced by the website of the Council of Conservative Citizens, often considered a white supremacist organization in a more polite guise. Former Senate Majority Leader Trent Lott, a Republican from Mississippi, had ties to the group.

From there, the author of the manifesto goes on to wax philosophical about the inferiority of black people, the biological basis of white supremacy, the strength of white culture and his disdain for American patriotism. The screed ends in a harrowing way, with an apparent explanation for the targeting of Charleston and the Emanuel African Methodist Episcopal Church:

“I chose Charleston because it is most historic city in my state, and at one time had the highest ratio of blacks to Whites in the country,” the manifesto says. “We have no skinheads, no real KKK, no one doing anything but talking on the internet. Well someone has to have the bravery to take it to the real world, and I guess that has to be me.

“Unfortunately at the time of writing I am in a great hurry and some of my best thoughts, actually many of them have been to be left out and lost forever. But I believe enough great White minds are out there already.”

The website was found by Twitter users @HenryKrinkle and @EMQuangel​, who used reverse WHOIS lookup using Dylann Roof’s name. The manifesto and website can’t be authenticated for certain at this time. But the photos, some of which are shown below, appear to be Roof.

Time stamps for the alleged manifesto and photos appear to match up to the afternoon of Roof’s massacre.