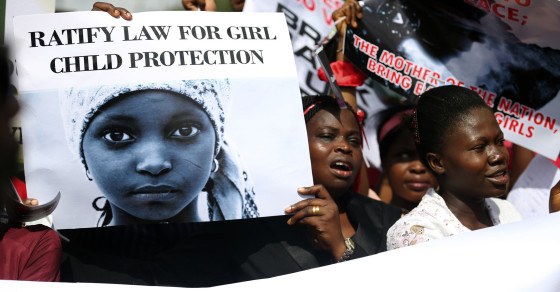 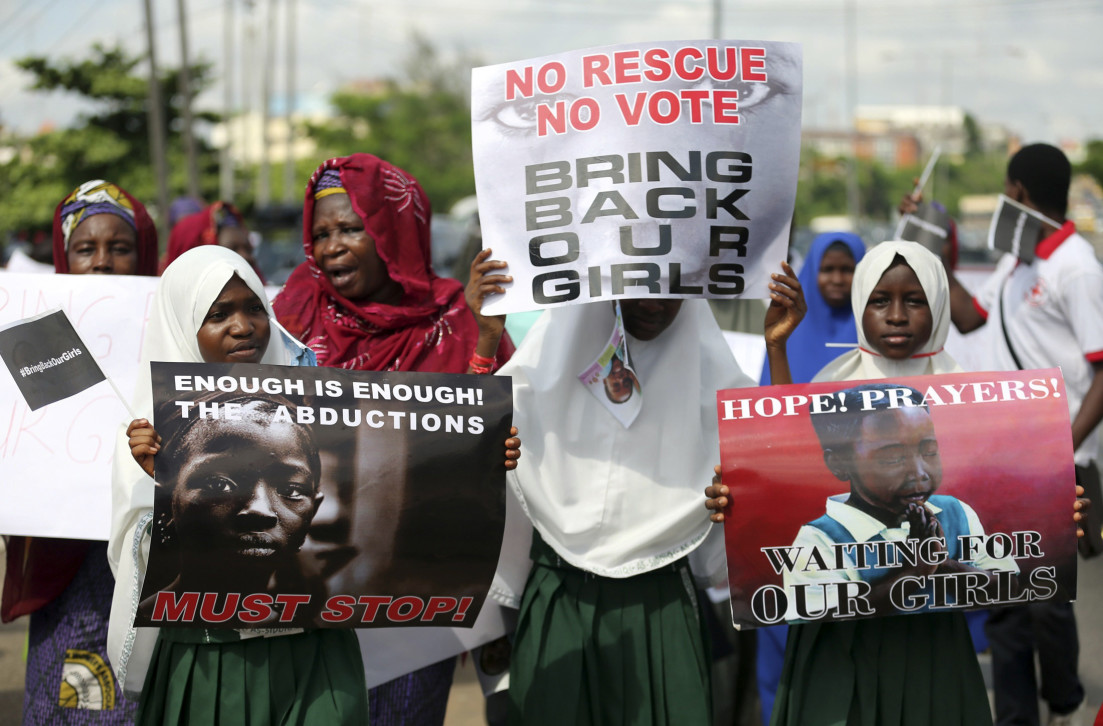 Boko Haram, the Islamic militant group that the United States has designated a terrorist organization, announced Monday that it was behind the kidnapping of 234 young schoolgirls in Nigeria, saying that it planned to sell them to militant groups. In a brazen move that underscores how ineffective the Nigerian government has been in containing Boko Haram, the group today kidnapped another eight girls, aged 12 to 15.

“I abducted your girls. I will sell them in the market, by Allah,” says Boko Haram leader Abubakar Shekau in a video released May 5, regarding the first mass abduction.

The 234 girls were taken on April 14 from an all-female secondary school in Chibok village, Nigeria, in an incident that has attracted international attention and cast a spotlight on the missteps of the Nigerian government. The exact nature of the kidnapping remains unclear: Reuters reports that Boko Haram militants stormed the school as the girls were taking exams, while The Washington Post reports that the girls were taken at night from their dormitories.

But there’s little doubt they are likely already being sold as brides to militants in Nigeria, as well as in neighboring Chad and Cameroon. Relatives have told various news agencies that the girls are being offered for 2,000 naira ($12).

Here are five things you need to know about the terrorist group.

What is Boko Haram?

The group was initially founded in 2002 as a religious and educational movement—Boko Haram translates as “Western education is sinful”—by the late Muslim cleric Mohammed Yusuf. Yusuf was a complicated figure: While he preached that Western education was incompatible with a belief in God, he also spoke proficient English and drove a Mercedes-Benz.

The group’s primary aim is turn Nigeria into a radical Islamist state. When Yusuf opened the first mosque and school under the banner of Boko Haram, the school attracted poor families before it became clear that Yusuf was using the school and mosque to recruit and groom jihadis.

But it wasn’t until 2009 that Boko Haram began running a full-scale insurgency in Nigeria, bombing Christian churches, government buildings and assassinating Muslim clerics who spoke out against them. According to Amnesty International, the group has killed more than 2000 people, and in northeastern Nigeria, where Boko Haram is headquartered, the government has declared a state of emergency.

When the Nigerian army killed Yusuf in 2009, the organization was taken over by Abubakar Shekau, whom the BBC describes as “part intellectual, part gangster.” The FBI has a $7 million reward for information leading to his capture or death.

“I enjoy killing anyone that God commands me to kill,” Shekau says in a video message released in January 2012, after members of Boko Haram slaughtered more than 180 people in the northern Nigerian city of Kano.

How much influence does Boko Haram have in Nigeria?

The Nigerian government has long been seen as corrupt. Despite the country’s rich resources—oil profits brings $80 billion to Nigeria annually—it remains one of the most unequal societies in Africa. The south has benefited from the oil boom more than the north, where 70 percent of people live on less than $1 a day.

Nigeria’s corruption and inequality allowed Boko Haram to take root. “Yusuf would have found it difficult to gain a lot of these people if he was operating in a functional state,” explains Nigerian journalist Ahmad Salkida. “But his teaching was easily accepted because the environment, the frustrations, the corruption [and] the injustice made it fertile for his ideology to grow fast, very fast, like wildfire.”

But the kidnappings have sparked so much outrage in Nigeria, it seems certain to diminish support for Boko Haram’s cause. John Campbell, who runs a blog on politics and security in sub-Saharan Africa for the Council on Foreign Relations, says the mass abduction “appears to have engaged Nigerian opinion nationwide, far more so than any other atrocity associated with the ‘Boko Haram’ insurgency.”

Why is the group selling the girls?

Boko Haram gets its money from kidnappings, bank robberies, arm sales and even direct donations from affiliated jihadi groups like Al Qaeda in the Islamic Maghreb.

Yan St-Pierre, CEO of the Counter-Terrorism Modern Security Consulting Group, told VOA News that Boko Haram “does get money from piracy, especially from the west coast of Africa. Drug trafficking helps, smuggling.” Which is precisely what they’re doing with the abducted girls.

So what’s the government doing about the missing girls?

Nigerian President Goodluck Jonathan addressed the kidnapping for the first time on May 4—nearly three weeks after the girls went missing—saying on television, “Wherever these girls are, we will surely get them out.”

First Lady Patience Jonathan, however, was accused of ordering the arrest of Naomi Mutah, the woman leading the #BringBackOurGirls movement in Nigeria, which has now spread worldwide. The first lady denied the reports but urged protesters unhappy with the government’s ongoing search to leave the capital and “keep it to Borno,” the state in which the girls were abducted. According to the AP, she also claimed Mutah and other activists of fabricated the abductions in order to smear the Nigerian government.