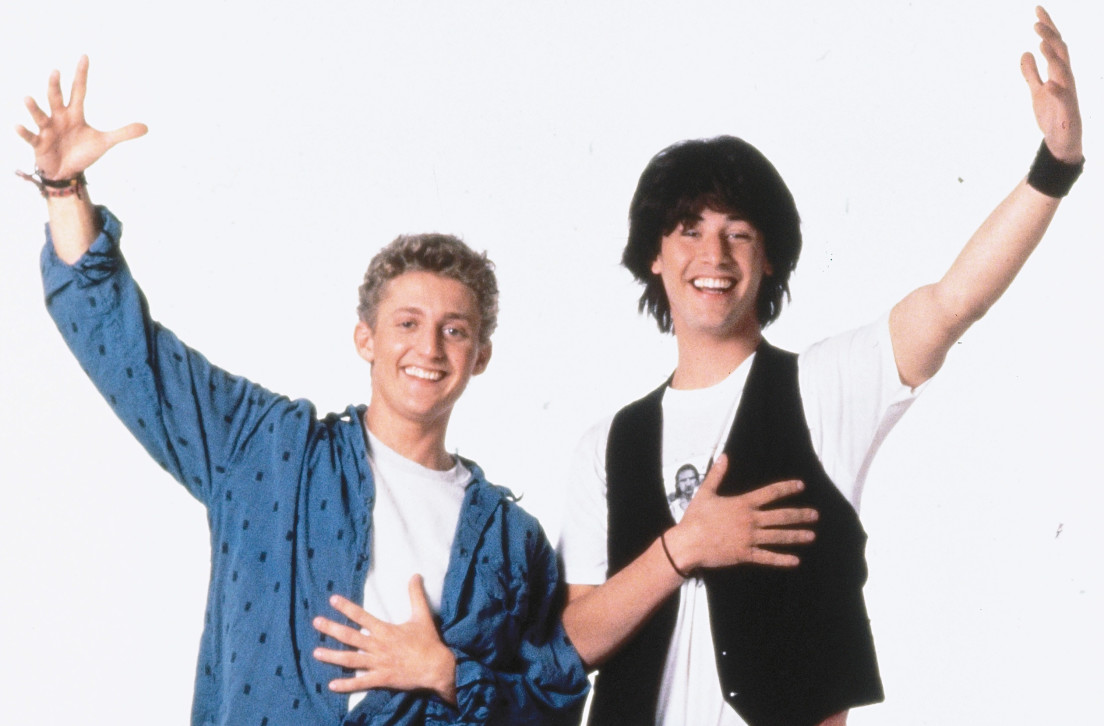 But what you probably didn’t know about Alex Winter is that when he quit acting in 1994, he threw himself into the earliest iterations of the Web, writing encrypted scripts to communicate with people around the world on online Bulletin Board Systems (BBS). In the intervening years, Winter has launched his own production company and directed dozens of commercials, but he has always maintained a fascination with how the Web transforms global culture.

Earlier in 2013, Winter released perhaps the definitive Napster documentary, Downloaded, an insightful film that chronicles the rise and fall of the world’s first most popular (and litigated) peer-to-peer site. And last week, Winter, along with his producing partner Marc Schiller, announced that he’s now working on a documentary titled Deep Web: The Untold Story of Bitcoin and Silk Road. According to Winter, the documentary plans to explain why and how anonymous virtual communities exist—and how the government’s efforts to stop them are impeding innovation.

“For me, what’s appealing about this story is that it continues a conversation I’ve been having with the previous movie,” Winter tells me. “But it’s much more outwardly clear that the stakes are significantly higher. I think that it was hard for people to wrap their heads around the implications of Napster, because they were so caught up in the legalities of file sharing, which I always thought was irrelevant. With Bitcoin and Silk Road, its significance is immediately transparent.”

Winter is taking the film to Kickstarter this week, though he’s using the crowdfunding platform more as a marketing tool than as a real attempt to raise funds (he’s going to produce the documentary regardless). Here’s an edited transcript of our conversation:

When did you start thinking, “OK, now I’m going to make a Deep Web documentary?”

I was working on the Napster story for a while, and I got really immersed in the implications of peer-to-peer. My whole approach to the Napster story was not from the standpoint of a file-sharing service or musicians per se, but more about a global community, and the implications of a world where you’re connecting to masses of people online at the same time. In a way, I want to continue the same thesis that I was working on with Downloaded.

As you know, earlier this month, the FBI shut down Silk Road, only to see it re-emerge a month later.  What should be the government’s role here?

I can see why they’d want to shut down things that are illicit, but they tend to do it with a big giant hammer as a opposed to surgical instruments.  What happens with the legal side and big business side is a hyper reaction to these technologies. They tend to dismantle these sites in a way that don’t make sense. Of course, I wasn’t surprised there was another Silk Road. If someone really wanted to give the middle finger to the government, they’d create a thousand Silk Roads, which of course they could do as well. It’s just how the technology works. If you’re closing down a Tor-encrypted site, you’re not really closing down anything specific unless you live on the assumption that there really is one guy named Dread Pirate Roberts who had one laptop with the entire site on it. Which, of course, is ludicrous.

What’s the argument you’re trying to make with this documentary?

A big thesis of the Deep Web movie—the core point that I’m trying to make—is that you cannot shut this highway down, even if you want to. You have to start embracing the highway, and getting into the nitty-gritty of what cars should be on that highway, and what cars shouldn’t, and how to make it the best for everybody.

Who are you planning to interview for the film?

The truth is we already started—we’ve already been interviewing. I can’t give you a list of who we’re talking to, but I will tell you that it won’t be shocking names. I’m going directly to the highest level people in Bitcoin, Tor, the black market trading sites. I’m also going to the political side and to the hackers, the pundits, and the people who have a lot to say about how we should go forward. I will say that I’m not interested in making a Silk Road movie. I’ll leave that to a trillion Hollywood people. I’m interested in it as part of a bigger story about the Deep Web and global culture.

A lot of people might be surprised to hear that you’re producing this movie. When did you really get interested in technology?

I’ve always been very interested in technology. I’ve done a lot of special effects work since the mid 1980s, and I was heavily online by the early ’90s. I became very connected to the burgeoning online communities that existed then. The BBS newsgroup era.  I remember writing a script in ’93 or ’94, and I was really embedded in the newsgroups and getting into really arcane communities all over the world. That was when I first realized that the Internet was an actual environment. People still don’t get that. The Internet is a genuine environment, a place to inhabit.

And your interest in Napster?

I met [Shawn] Fanning in 2000 and became very close to him. My interest was less the business side or even the pop culture side, and more the cultural side—how is this going to change the world and how is the world going to respond to these changes?

Do you feel like that documentary left some questions unanswered?

Downloaded was, for me, the rebel cry that these kids are going to do it whether you like it or not, whether you wag your finger at them or not. The next step in that story is how do we work together, and who is doing things right. There’s a lot of people trying to figure out the right way. There’s been so many attempts at regulation and battering ram tactics and clamp-downs of innovation that there are a lot of people just building a new Internet, just to say to hell with you, we’re going to work around you completely. My perspective is how do we work together to prevent something that’s super reactive on both sides because that creates mayhem.

Last question. Care to comment on the Bill and Ted 3 rumors?

[Laughs] They’re not rumors! We’re working on it. We have a script that we think is great and worth making. In the last few weeks we connected with one of the producers from the first two films, and we’re all putting money together to go and get it made. But it’s been a long haul to get it here and get the script right.