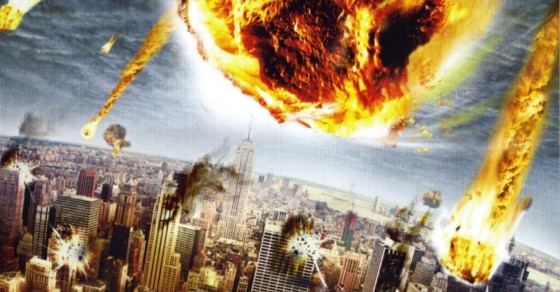 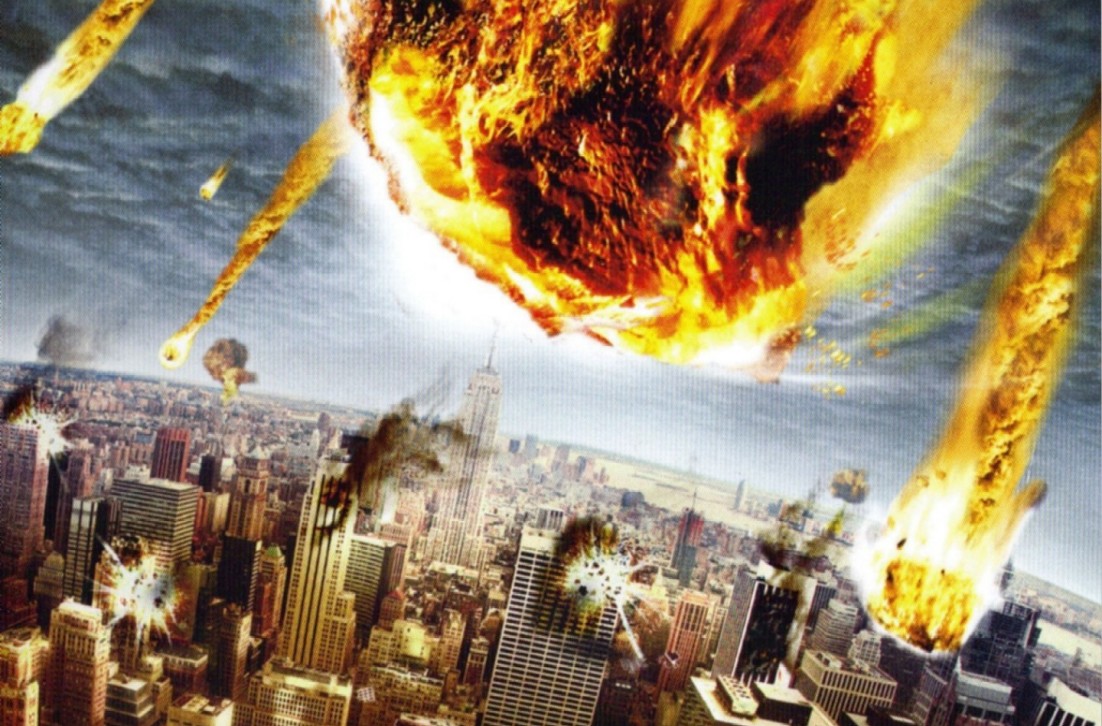 A group of former NASA astronauts are very worried about space rocks. In an Earth Day presentation, they outlined “26 explosions on Earth ranging from one to 600 kilotons,” all of them caused by asteroids. The astronauts, and their company, the B612 Foundation, aim to put a new satellite in orbit to scan deep space for incoming hazards that could potentially wipe out humanity, and spot them in time to deflect them.

Other people who have been tracking the objects for years reckon that the asteroid threat is slightly less…threatening. The B612 Foundation says that of those 26 major explosions, most took place high in the atmosphere where they did no damage, which explains why we haven’t yet had a Deep Impact event in which President Morgan Freeman has to rebuild America from rubble.

The last time our little planet was hit hard by a large asteroid (Happy Earth Day by the way!) was 65 million years ago, but that doesn’t mean it couldn’t happen again. You and I just probably won’t be around for it.

“Big impacts are very rare on human time scales,” says Lindy Johnson, director of NASA’s Near Earth Object Program, and someone who has spent years scanning the skies for dangerous objects. “The asteroid that destroyed the dinosaurs was very large compared to those that are floating around the Earth today, and we certainly don’t know of anything that would cause that level of devastation.”

What Johnson does know is the size, speed and distance of almost every near Earth object (NEO) that has approached the planet since 1900, and even those that will approach in the future, up until the year 2200. According to data gathered by the NEO program, hundreds of objects come a little too close for comfort each year—even passing closer to the Earth than the moon in some instances. Only 13 of the asteroids that are due to pass close in the next 12 months are deemed potentially dangerous by NASA standards, and most of the ones that come closer are too small to cause serious damage.

Potentially hazardous asteroids (PHAs) are defined by measurements concerning the asteroids’ potential to make “threatening close approaches to the Earth.” This means that an asteroid impact will occur only if the perfect storm of parameters collide, including an asteroid diameter larger than 500 feet and a minimum distance from the Earth of 4,650,000 miles.

Just last week, Russian commuters captured the dramatic, flaming fall of a meteor (basically, a vaporized mini-asteroid) on its way through the Earth’s atmosphere. It was the second such strike in just over a year, with the 600-kiloton explosion caused by the Chelyabinsk meteorite landing in Russia in February 2013. Russia was also home to the worst meteorite strike in the 20th century, causing a famous tree-flattening explosion in Siberia in 1908.

Fortunately, Earth does have a few defenses, including an atmosphere than will burn up anything smaller than 82 feet across and a surface that is 70% water—so there’s already a 70/30 chance that they’re not going to hit land if they do penetrate the atmosphere. Just 43% of Earth’s land is inhabited, so that narrows the odds to a 13% chance of any atmosphere-penetrating rock hitting an inhabited area. Combine that with the odds of a dangerous asteroid making it through the atmosphere in the first place, and the odds are in our favor. The fact that the biggest strikes in recent memory have all been in Russia makes mathematical sense—it’s the biggest country in the world by area.

Statistics aside, the B612 Foundation, though, has a less optimistic perspective, and wants funding to put another eye in the sky. The group, using data from a network used to monitor nuclear explosions (but which also catches meteor explosions) announced that impacts have been much more frequent than previously thought. While NASA says it is aware of nearly all the rocks on course to cross paths with our planet until 2020, according to former astronaut Ed Lu, a founder of the groups, it all hinges on those we can’t track.”

“Because we don’t know where or when the next major impact will occur, the only thing preventing a catastrophe from a city-killer-sized asteroid has been blind luck,” he said at an event today.

How often do asteroids hit Earth? More than I thought: 26 times in the past dozen years, & we didn't see them coming https://t.co/8yqHq4T4Z5

But before you go running to your bunker, check out all the near Earth approaches over the next year, and make an informed decision for yourself. And put this ominous date in your diary: Friday the 13th, May 2029. That’s the day an asteroid large enough to cause a city-size incident were it will pass close enough to the Earth to be seen in the night sky with the naked eye—that’s extremely rare.

By the way, asteroids aren’t all bad news. According to Johnson, one of the “good news stories” about NEAs is the fact that they contain natural resources (including minerals, metals and most importantly water) that could be used to create rocket fuel for future space missions, and even support stations and colonization. In other words, asteroids are basically interstellar coal deposits. Somebody call Bruce Willis.