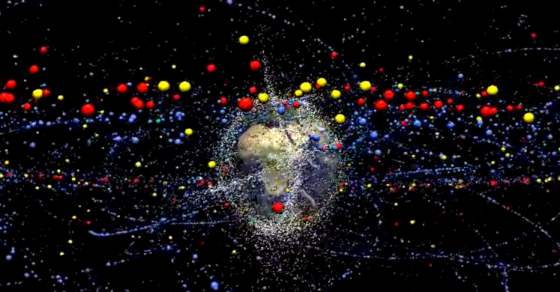 Space Is Filling Up With Our Garbage
By Elizabeth Kulze

Space Is Filling Up With Our Garbage 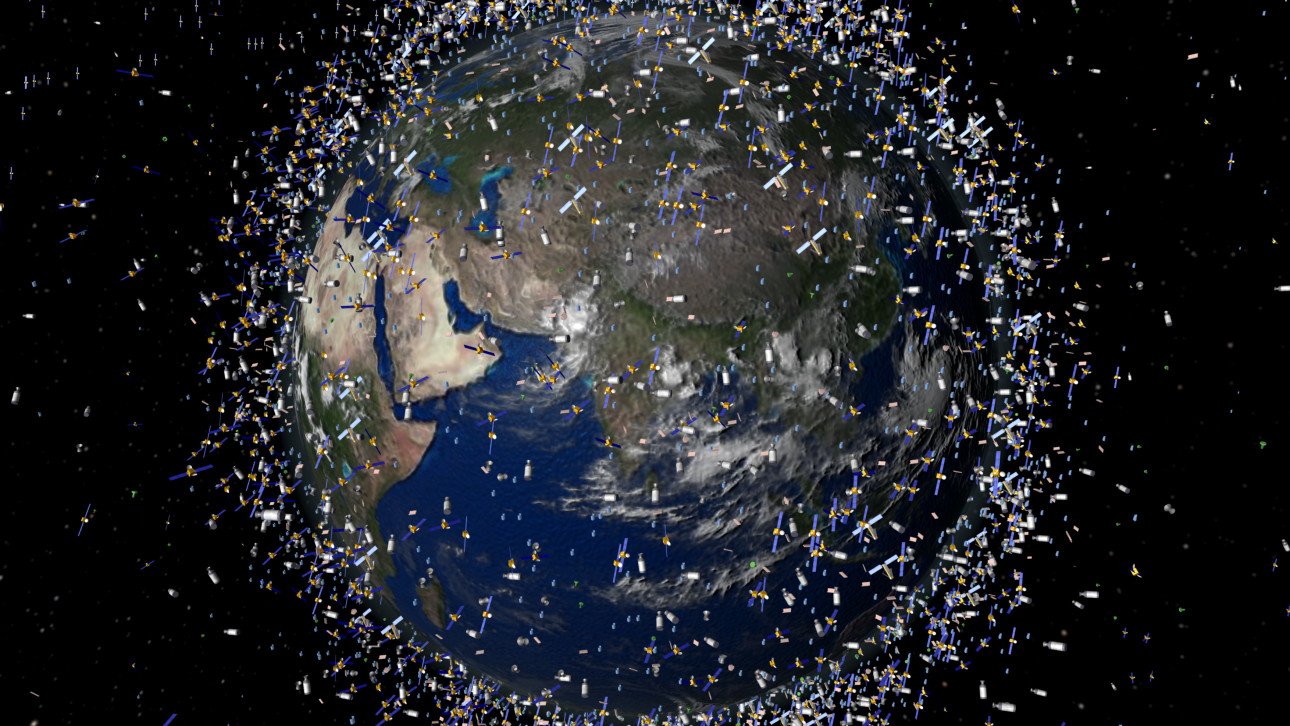 In an interview on CNBC yesterday, Elon Musk, the Tesla Motors magnate and founder of space tourism outfit SpaceX, said he’s hopeful that people will visit Mars in the next 10 years. Though his rocket technology is on track to propel wannabe astronauts toward the red planet, Musk and other cosmic capitalists first have to confront a significant roadblock: some half a million bits of space debris.

From pieces of old spacecrafts to long-defunct sputniks, 50 years’ worth of space-faring detritus is currently orbiting Earth, creating a risk for catastrophic collisions with rocket ships and satellites. Space programs around the globe have been monitoring the debris for years, and so far NASA has identified 20,000 pieces larger than a softball, 500,000 pieces the size of a marble or larger and tens of millions of other fragments too small to track. Keep in mind that this garbage is traveling at 18,000 miles per hour (seven times faster than a speeding bullet), so even a penny-sized fleck of paint from an old rocket could cause serious damage, smashing into a ship’s fuel tanks or solar panels. In case you’re not sure what that would mean for a space tourist caught in the wrong place at the wrong time in outer space, let George Clooney refresh your memory:

The vast majority of junk is located in low Earth orbit, the area extending 2,000 kilometers from Earth’s surface, home to the International Space Station, the Hubble telescope and most of our satellite technology.

In the past five years alone, the volume of orbital detritus has increased 50 percent, which is why government and privately funded space programs are eager to begin a massive cleanup. Not doing so could lead to what experts call the Kessler effect. The theory is based on the calculations of NASA space debris expert Don Kessler, who foresees a chain reaction of collisions that will lead to more to debris, and thus more collisions. In other words, once the trash reaches a critical mass, a never-ending domino effect sets in, rendering satellite transmissions and space exploration all but impossible (which itself could fuel a kind of doomsday scenario).

As for how freaked out we should get by all this, former astronaut Buzz Aldrin has some words of comfort. “I think we are starting to look at this issue at the right time,” he tells Vocativ. “Currently the probabilities of a major impact are very low, but it’s definitely a cause for concern in the future. There are many critical and expensive satellites in the geocentric orbit.”

Here’s a look at some of the cleanup technologies currently in the pipeline.

Astroscale, a Singapore-based startup, is developing a mother ship that will launch six robots that can attach themselves to large pieces of debris and fling them back to Earth, where they’ll harmlessly burn up in the atmosphere. Astroscale is funding the effort with Japanese soda company Otsuka, which has promised to make its signature soft drink, Pocari Sweat, the first canned beverage to land on the moon.

Set to launch in 2018, CleanSpace One, a project developed by Swiss Space Systems, involves launching “janitor satellites” off of the back of a modified Airbus A300 jumbo jet. The small, rectangular satellites will then grab debris with a claw-like appendage and send the wreckage toward Earth.

Scientists at the Japan Aerospace Exploration Agency have designed an electrodynamic tether, which will be tested sometime next year. The 1,000-foot rope-like object, shot from a satellite, generates electricity that can slow down space debris until it falls low enough to get incinerated by Earth’s atmosphere.

The TAMU Space Sweeper with Sling-Sat, or 4S for short, was developed by scientists at Texas A&M. Designed to look like a double-sided catapult, the 4S captures a piece of junk with one arm and then rotates, slinging the garbage toward Earth as its other arm seeks to capture the next object.

Australian scientists began working in March on a project that would blast orbiting detritus with giant laser beams stationed on Earth. The Australian National University received $60 million in grants to help fund the effort, part of which will go toward building a state-of-the-art observatory to house the giant lasers.