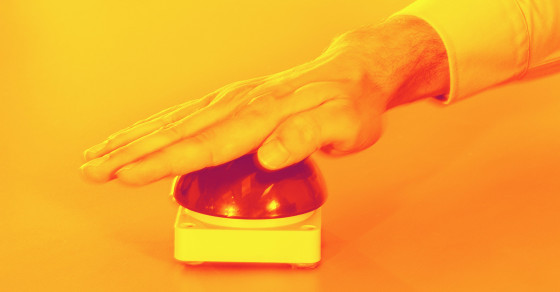 The Incredible Fanfare Behind Reddit’s Mysterious Button
By Jennings Brown 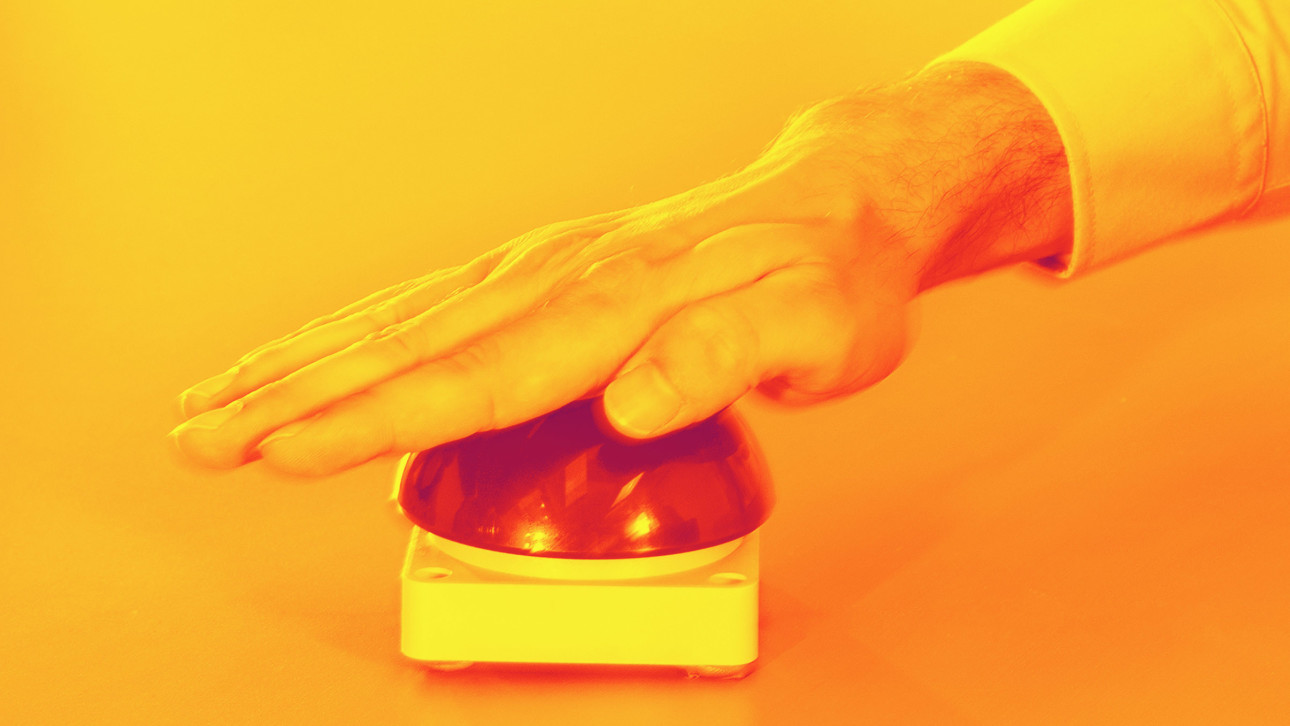 “The Button” is arguably Reddit’s greatest prank and on Wednesday it hit one million clicks. Maybe it’s an experiment. Or an art project. Or a deus ex machina. Or a deity—watching us, observing, instigating, dividing, bringing people together, generating religions. The truth is that no one really knows, except for a small group within Reddit who don’t say much. But its influence has been steadily growing, regardless.

The Button appeared on Reddit at 9 a.m. April 1, 2015, timing which initially led users to believe it was a joke. Just a simple button, adorned with a lock, with a ticking clock beside it, counting down from 60 seconds to zero. Click once to release the Molly-guard, then click again to restart the timer at 60 seconds. The purpose of the Button was not explained. “We can’t tell you what to do from here on out,” said the announcing post from the Reddit team. “The choice is yours.” Clickers quickly figured out they would receive a dot of color flair beside their username based on how many seconds were left when they clicked. At first there were only purples, because people were clicking so often the Button rarely got below 52 seconds. A week later the first blue flair appeared (for clicks between 51 and 42 seconds), and soon clickers were delaying gratification to earn green flair (41 to 32 seconds), then yellow (31 to 22 seconds), then orange (21 to 12 seconds), and eventually red (11 seconds and below).

A visualisation of flair distribution shows that as time goes on, the stigma of a purple dot beside your username grows. Purple is for losers. Purple sucks.

Each Reddit account gets one click, and that’s it, and that click is granted only to accounts created prior to the creation of the Button, assumedly so that new accounts can’t be created purely for the purpose of clicking the Button. When should you use that precious click? Whenever feels right to you. Die-hards aspire to single figures, but maybe somewhere in the orange range, under 21 seconds, will do. Sure. Wait for it. Nope, someone else clicks, and the clock goes back to 60. Wait again. Nope, someone else clicked before it even comes close. Go again. Anxiety, excitement, HOPE, dejection–that’s the button cycle. Finally you just click the damn thing. It’s done. Maybe you experience clicker’s remorse. It can’t be unclicked. Your account is flagged with that color. You’re branded. But you find solace connecting with the community of hundreds of thousands of redditors who have already clicked. How long does your flair stay with you? Forever? Until the clock goes dark? No one, outside of Reddit, really knows. And again, Reddit is keeping quiet.

When I asked to talk to someone involved with the Button, a Reddit publicity representative responded: “While Alexis [Ohanian, Reddit co-founder] and The Button team would be happy to talk about the project upon its conclusion—we are unfortunately unable to address most questions directly because an important part of this project is our hands-off approach—allowing the community to make of it what they will.”

The community certainly has done so. In the last two months, Buttoneers have created more than 170 subreddits and several Button monitor and analytic apps. They have written songs and short stories dedicated to the Button. The Button has inspired philanthropy—fundraising for Nepal earthquake relief and the purchase of a scooter for a redditor with MS. It has motivated one redditor to quit drinking. At least 23 Button “religions” have been created. Amongst those are The Followers of the Shade, dedicated to never clicking, and keeping a grey flair forever; Knights of the Button, who vow to keep the timer going for as long as possible; and The Assassins of the Button, who oppose the Button and everything it represents.

The Button has inspired a tribal culture among its pressers, enemies and worshippers.

As the Button grew older and more flair varieties arose, tribes and factions developed, groups coalescing around their color—The Bluetherhood, The Emerald Council, and The Illemonati. Then seconds became a matter of pride. Those who clicked one second after the clock starts called themselves 59s. Hitchhikers are proud of having clicked at exactly 42 seconds, as it is the answer to the ultimate question in the universe, according to Douglas Adams’ The Hitchhiker’s Guide to the Galaxy. Two groups known as The Scientists and The Historians formed to study and document the developments of the Button.

Analysts outside of the Reddit community are also studying the phenomenon. Joshua Bleiberg and Darrell M. West of The Brookings Institution think tank wrote a report on how the Button relates to public policy and how it could be used to improve public citizen-watch programs like the Texas Virtual Border Watch and Penguin watch. “People on the Internet are also willing and able to engage in boring tasks for rewards that have little value,” the report states. “The pieces of flair in part motivate redditors to continue pressing the buttons. Organizations seeking to do a public service could easily provide a similar digital badge for little or no cost.”

But no matter how much analysis, research, and philosophizing has occurred, we still don’t know what will come of the Button once every redditor who had an account prior to April 1 clicks it, or once interaction with the Button peters out to nothing. The Button is currently being sustained by Zombies, unclicked accounts donated to the the Knights of the Button so the group can use them to automatically click the Button whenever it hits zero. But as one Knight reported last Sunday, the first Zombie has fallen, shadowbanned by moderators, and the end of the Button is upon us.

Or is it? There’s no public data on how many active and inactive pre-April accounts exist. Some early predictions have already been surpassed—likely thanks to Zombies—and some optimistic predictions show it could last until next April.

Of course, that won’t happen as long as The Followers of the Shade stand strong. Maybe the Button will live on forever.

I’ll tell you this much—I’m in no rush to click.

Encyclopedia Buttonica: A Brief History of The Button (Reddit)
Have you pressed the button? (Brookings)