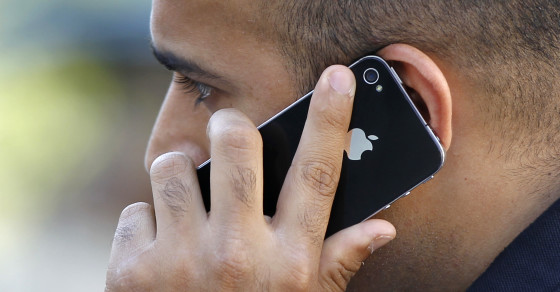 Garner Protesters Fear Chicago PD Was Spying on Their Cellphones

As demonstrations in Chicago erupted as part of #EricGarner protests, claims from demonstrators have been circulating that official vehicles of Chicago’s Office of Emergency Management and Communications (OEMC) have deployed fake cellular phone towers to spy on protesters’ mobile phones (also known as Stingrays).

Protesters uploaded pictures to Twitter of an OEMC Ford Excursion SUV kitted out with communications equipment. The SUV was present throughout demonstrations. The pictures show cameras on a telescopic mount in the rear, license plate readers on the front corner and LED light bars on the side.

Wtf is this? It keeps flowing the protest. And It messes up my phone when it drives by #ericgarner https://t.co/yDFdwqgZ2y

I forget who it was that told me the #CPD 's #Stingray is in an Excursion. #ICantBreathe #Chicago https://t.co/J9ZeYAqeUP 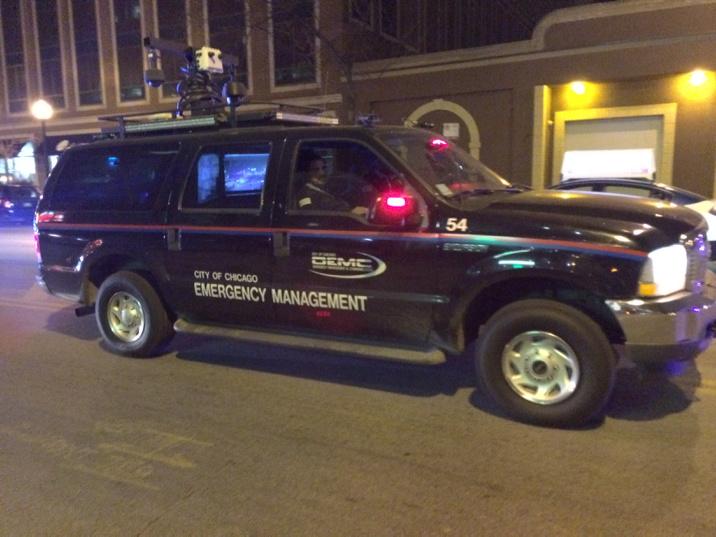 A different version of the vehicle can be seen in the clip below.

Uploaded By: The Video Catalyst Project

In addition, a two-minute audio clip was released, allegedly from the Chicago Police Department’s dispatch center, in which a police officer can be heard saying that a protest organizer is using her cellphone and asking if the dispatch has “picked up any information on where they’re going”. The clip is being put forward as evidence that the police are scanning people’s calls, however, there is no explicit mention of the technology being used.

The cellphone surveillance technology, called an International Mobile Subscriber Identity (IMSI) Catcher or locator, mimics a cellular phone tower and then tricks and intercepts your smartphone into thinking it is connecting with a legitimate source of reception. From there, operators can collect your call details, location and other (seemingly) private information without you knowing. Several months ago, the Chicago Police Department admitted that it had purchased IMSI Catchers in 2008.

Any snooping using an IMSI Catcher would be imperceptible to the phone owner, with their phone operation and signal strength remaining unaffected.

OEMC SUV with cameras is at tail end of protest, following. https://t.co/l2bnbhopD1

In response, several Reddit threads addressed the issue, picking it apart with various theories. In one thread titled “A message to all protesters. Specifically Chicago” a Reddit user claiming to be a former OEMC contractor explains that the Chicago Police Department works closely with OEMC on surveillance. In another thread, a former emergency management employee claims that the use of an IMSI Catcher from within a Chicago OEMC vehicle is unlikely.

The alleged spying attempts provided fodder for plenty of Twitter and Internet paranoia.

@PeterNickeas @samjcharles OEMC has about 5 of these and they provide an uplink (or live feed) straight to the command center. No spying....

@may20p @JoshYTsui from the OEMC https://t.co/wwm7CTiaPx Probably a police only mobile cel tower that may block others bc it's "private"

While evidence of the deployment of IMSI Catchers in Chicago remains inconclusive, protesters who have been alerted to the existence of such spying technologies are starting to download an app for detecting IMSI Catchers, meaning that more direct proof may be forthcoming from future protests.