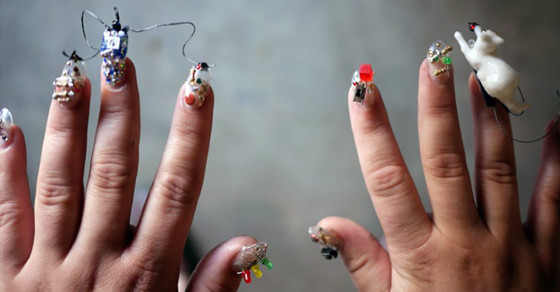 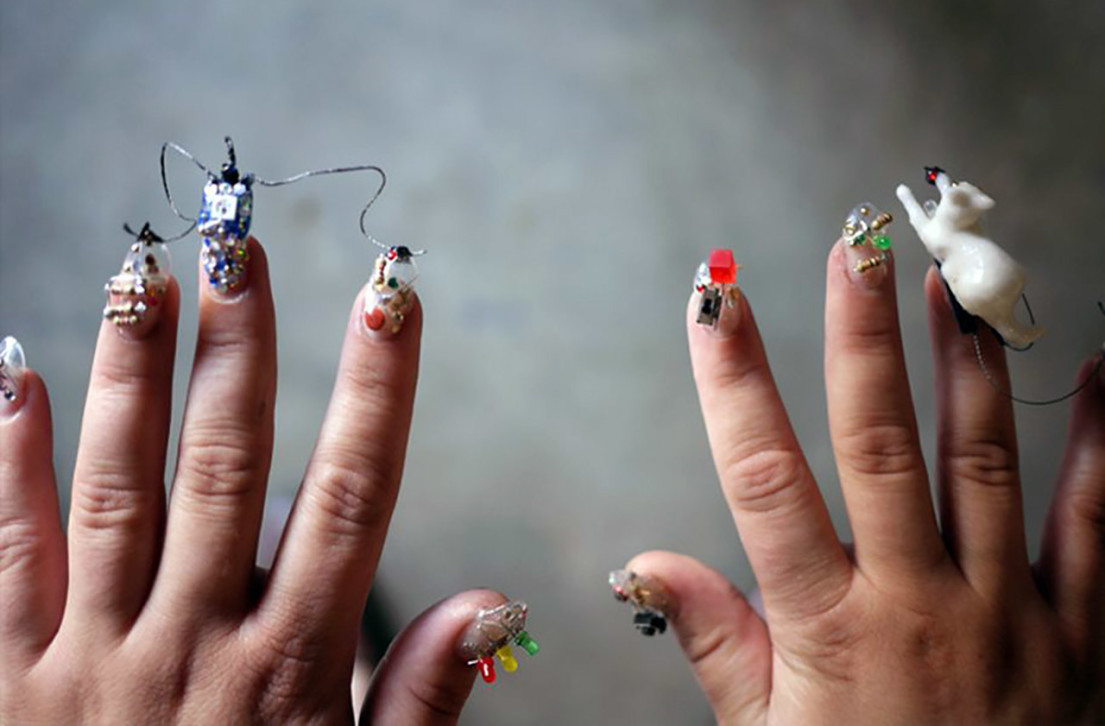 For a while, it seemed fancy nail art’s reputation was on a downward spiral, its bubble unofficially bursting in December of last year with the realization that maybe it was all just an expensive “fad.” But thanks to two MFA candidates who believe nail art could be an important new medium for wearable technology, the practice is expanding beyond its traditional realm into something a bit more…useful. Which means textured polishes with added tech pizzazz could stick around for good.

First spotted by Co.Design, the new nail technology makes use of sensors embedded in gel polish to track our behavior by the touch. It’s the work of Kristina Ortega and Jenny Rodenhouse of the Art Center College of Design in Pasadena, California. They believe wearable, purposeful nails could soon be as ubiquitous as standard salons themselves: “A big part of our product is a new business model for tech companies,” Rodenhouse tells Vocativ. “It’s the old model of the made-to-order tailor, but for electronics.”

Forcing our nails to do things besides serve as surface space for colorful glue actually makes a great deal of sense. As technological fibers seep into almost everything we own, allowing for things like rechargeable T-shirts and onesies that play music, there’s no reason why our nails shouldn’t share in the wearable market. And although Ortega and Rodenhouse acknowledge that there are a lot of “useless wearables” out there (3D-printed nail art exists but has little practical function), their product has real applications in a few key fields, notably: bio feedback (tracking what’s going on inside our bodies), behavior modification (such as monitoring how much we lift or smoke cigarettes) and basic programmatic reminders (your morning alarm?).

Now, by the looks of their initial designs, the students have a long way to go in terms of making wearable tech nail art, uh, wearable. (To be fair, is any wearable tech aesthetically pleasing on the first go-around?) The two have already experimented with LED lights, jewels, beads and small plastic cats, all of which appear to be a bit burdensome to the hand. “You can be a little more ostentatious and have a bit more fun with your nails,” says Ortega of their nail accessory choices.

In any case, the candidates have the right idea when it comes to expanding wearable tech. As they put it on their website: “If wearables are going to be adopted into our everyday lives then we are going to have to stop designing them with the idea of one size fits all in mind.”