The Dubai police department just went from zero to awesome in under three seconds.

Think that the only cops who ride around in supercars are Crockett and Tubbs? Wrong!

The emirate’s police force now has a Lamborghini Aventador in its fleet. You could buy it for about $400,000. A local newspaper in the United Arab Emirates reports that the new ride is part of a makeover of the police force’s stable of cars.

Don't Forget the Benz and Aston

The Dubai police force also added an Aston Martin One-77 and Mercedes Benz SLS to their fleet. (Ali Haider/EPA)

Of course Twitter took an immediate interest in the development: 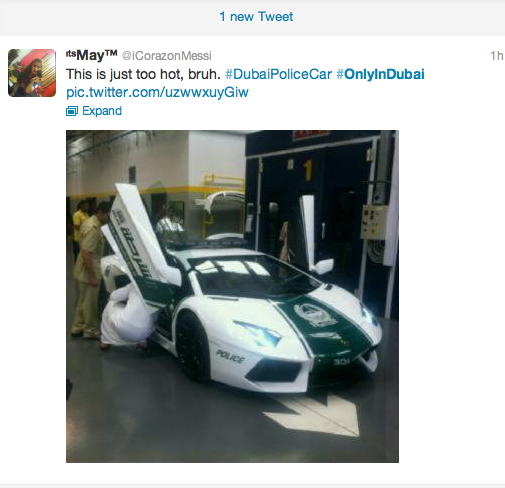 And on Facebook, the tourism group I Love Dubai posted a gallery of shots of the fancy new crime-fighting machine, drawing a flurry of excited comments:

Want to see it in action? On Vine, there’s a looped video of the Lambo driving across a parking lot:

Still, this isn’t the first time cops have gotten their hands on a Lamborghini — the manufacturer once gave Italian authorities one as a gift: 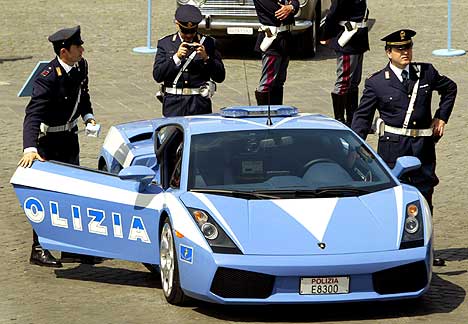