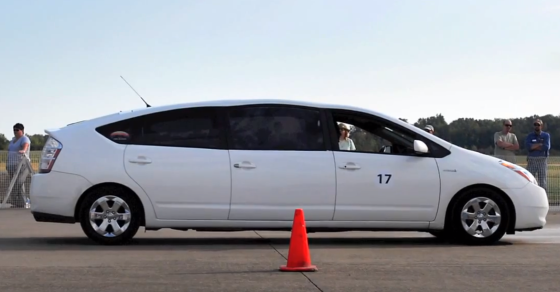 “Pimp My Ride” for Eco Warriors: Check Out This Custom Prius Limo
By Emily Levy

“Pimp My Ride” for Eco Warriors: Check Out This Custom Prius Limo 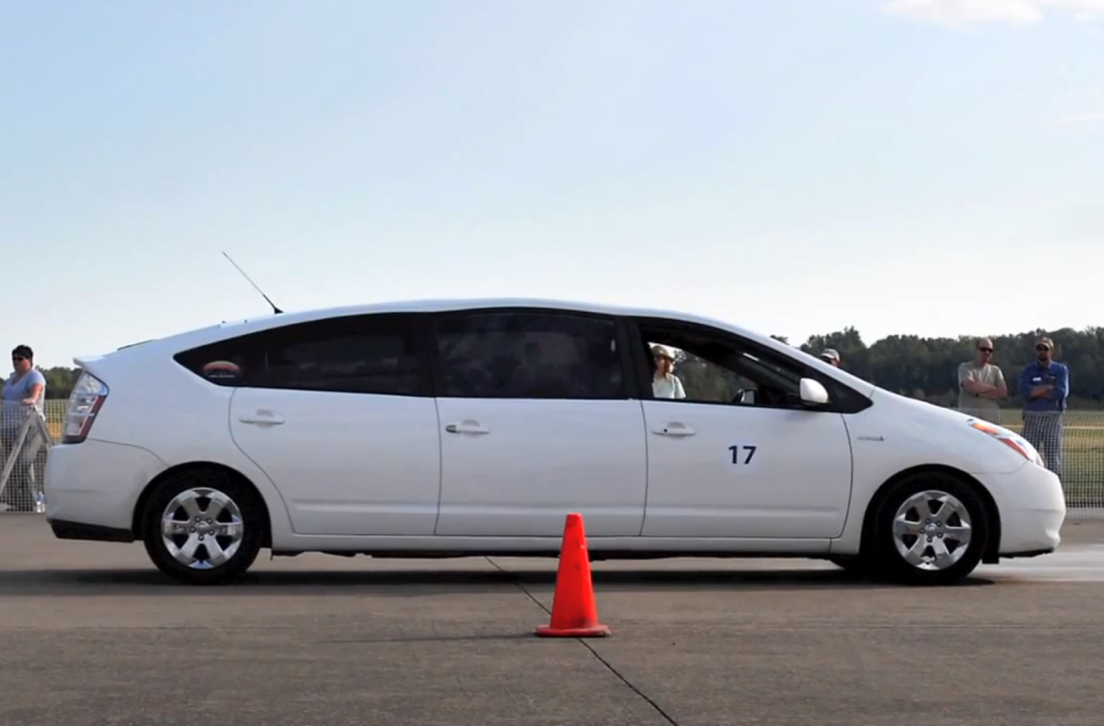 Across the country, there are car aficionados, vintage vehicle connoisseurs, bigwig collectors and automobile experts. Then, there’s this guy: Steve Woodruff, a staunch Prius recycler in Indiana who’s making Prius limos out of old Prius parts. “It’s hard not to fall in love with the car when you put $10 of gas in it and it goes 100 miles,” Woodruff tells Vocativ. “It’s a novelty thing.”

Woodruff, who turns 50 on Monday, began producing his limos—which he cutely calls Primos—four years ago when his Prius salvage company, Auto Be Yours, received a rear-ended Prius at the shop. He and his wife, Virginia, held onto the car until they got their hands on a Prius with front-end damage, which is when she suggested they conjoin the two into a massive stretch Prius.

The plan was an immediate win: While the cars take three months to build, they hold seven passengers and weigh only 500 pounds more than a typical Prius. They also cost a very reasonable $25,000. Woodruff has since received numerous requests for Primos from all across the country, allowing for a profitable and enjoyable side business. The cars are a perfect fit, he says, for soccer moms everywhere. “They take the place of the minivan. They’re for ordinary people.”

"They're not longer than a Silverado, and they fit in a regular parking spot."

Woodruff’s customers may be ordinary, but they also care about the earth. And they’re probably not the partying type, as the designer hasn’t built a single Primo with so-called “club seating”—the wrap-around bench seats typical of party buses and traditional limos. “If you start facing people the other direction, it’s not space efficient,” he says. Asked whether he might expand the car to fit more people, perhaps combining more than two vehicles, he says he wouldn’t recommend it. “They’re not longer than a Silverado; they fit in a regular parking spot. With fuel economy and maintenance costs foremost in our thinking, you’re stressing the components. It wouldn’t be practical. Then it becomes a funny car.”

When it comes to his own Prii, and the ones his family members own, simplicity is key. “When there’s a family reunion, there’s at least 18 of them in the parking lot,” says Woodruff of his Prius-loving kin. Save for his penchant for heated leather seats, he prefers the hybrids in a simple white and adorns them with only the Auto Be Yours emblem on the rear. “There are other speciality shops that can pimp out any vehicle,” he says. “I would defer to those companies.”

He doesn’t have plans to team up with Toyota, Prius’ manufacturer, anytime soon—especially since he considers the Primo-building business to be a side project. But that wouldn’t stop him from at least chatting with the company about potential partnerships. “Toyota is strangely silent,” he says. “I don’t know if we’re a thorn in their sides or not. Probably not.”

And while he’s passionate about the car and transforming it, he won’t go so far as to say he’s a Prius evangelist (Prevangelist?). “Relative to going to church on Sunday, I’m not that crazy about them,” he says. “It’s a car. But it’s a good one.”