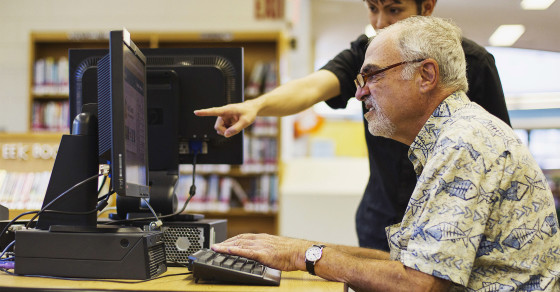 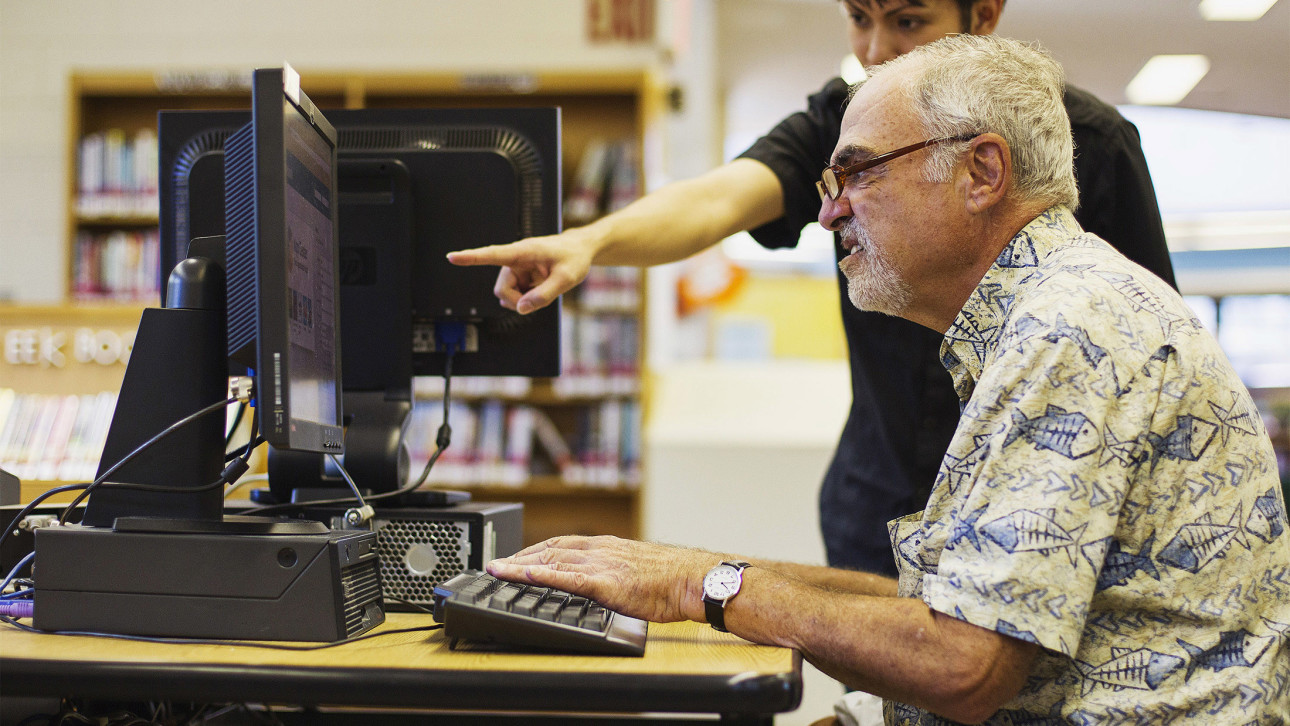 Old age can be a solitary business. The kids have all grown up and had their own kids who forget to call. Friends’ obituaries become your morning reading material. And for some reason, bingo is supposed to stem the crushing tide of loneliness and boredom.

But not all senior citizens are sustained by convalescing at the local library or loitering in McDonald’s. Some need intellectual stimulation and interaction with smart, culturally connected people—and even the occasional foul-mouthed troll. All of these things and more are available on Reddit, the online community and message board where memes like Karate Kyle are born and kookiness flourishes, from cat fetishes to the mundane miracles of /r/mildlyinteresting (“My Onion Rings Are Chain-Linked“). And for some seniors, it’s the perfect way to cope with senescence.

Reddit doesn’t provide user demographics, but a recent study estimates that roughly 4 percent of the online community’s nearly 113 million users are currently over the age of 65, which is fairly impressive considering only 56 percent of them use the Internet at all. That means there are at least 4.5 million karma-happy geriatrics out there, with tenfold as many astonished family members. (By contrast, the average redditor is 18 to 29.) Senior citizens may have a minority presence on what has become the quintessential, virtual habitat of generation GIF, but they tend to be more active than you’d expect. Take Sunny, a sexagenarian with six times as many karma points as my 26-year-old boyfriend, both of whom have used the site for year.

“My sons were shocked at first,” says Sunny, a grandmother from Michigan who uses the handle hiyosilver64. “I just lurked for about a year, but now I comment—I like commenting the best.” The 65-year-old says she’s on the site day and night, and is comfortable in her self-appointed role as elder statesman. “We tend to typecast the elderly, so as an old person, I try to be an encouraging, positive and intelligent redditor.”

Sunny’s comment history reveals a catalogue of well-meaning wisdom on everything from sex to marriage to body image issues. “I think you need to answer this: Is this what you are prepared to live with for the rest of your life?” she asked a young girl who was concerned with her boyfriend’s requests for thank-you blowjobs. “If not, get out ASAP.” Or: “Your boobs are the size they are supposed to be. You take care and continue to think the best of yourself.” She also peppers her comments with acronyms (LOL!) and punctuated smileys, and uses the undeniably adorable signature “Nana Internet Hug” to conclude most of her posts.

“I love all of the humor and intelligence from the commenters here,” she says.

For retirees, Reddit is the perfect medium for keeping up with the times and exploring a range of topics, from international politics and feminism, to fringe interests like Pokemon conspiracies and dragons copulating with cars. It’s a place where they can engage their still-potent curiosity and learn new things, well beyond the babble of bridge club companions or beauty parlor gossip. And for those with limited social interaction and energy, it’s a place to fraternize with a diverse group of people from the comfort of a recliner. “I am 66 and I love this site,” wrote a user named CBone727 in a Reddit thread from last year. “Unfortunately, I spend far too much time here each day, but it beats feeding the pigeons.”

Best of all, if you don’t exactly want to advertise your AARP status, no one has to know that you’re wearing orthopedics.

“I can participate because nobody knows my age, and I’m not immediately written off because of my wrinkles and white hair,” writes CBone727. In this way, socializing on subreddits or conversing on comment threads can feel just as revitalizing as water aerobics at the Y. Reddit’s relative anonymity is also a winner with older folks, who tend to be warier about publicizing personal information.

Is this how you hold it?
(Suzanne Plunkett/Reuters)

Ann or “yooperann,” a 66-year-old attorney soon to retire, enjoys the “frequent wackiness” of the discussion threads, which is a Reddit trademark. Her “geeky” son taught her how to use the site, which she uses around six to eight hours a week.

“I’ve learned that young redditors are refreshingly open-minded, kind, skeptical and pretty politically liberal, when they’re not leaning libertarian,” Ann writes over email. “Using it does make me feel a little more ‘hip’ (50’s word alert!) than most of my contemporaries.'”

The grandmother of two usually browses the front page, but she also enjoys posting her photography in places like /r/CityPorn. She admits that people her age are not immune to the addictive excitement of karma points, Reddit’s user-generated voting system. “I’m delighted to score them!” she says. “Something I posted about work very early on got me 700+ points, and I’m sure that’s part of the reason I got hooked.”

Fortunately, there’s surprisingly little ageism on the part of young redditors, who often seem to enjoy the presence of their worldly and ripened counterparts. “I hope you post a lot,” eonaxon told I’mKindOfOld after he confessed to being 88. “Reddit needs the perspective of other generations. Your opinion really matters on even the most minor issues.”

Recently, a new subreddit even emerged called /r/AskOldPeople, a place where users can “ask about the past casually, without having to worry about the academic rigor of /r/AskHistorians.”  The fogie-friendly subreddit is dedicated to first-person stories from distant times and sage advice from those who have lived. Topic threads pose questions on everything from what it was like to witness the Kennedy assassination (“Extreme anger. I was in high school.”) to what people miss the most about their past (“Aside from sex with people in their 20s?”).

For anyone pushing their final few decades, it has to be nice to find young people who actually want to listen, as opposed to just taking selfies with their gizmos all day. Of course, that doesn’t mean the whippersnappers don’t get to them at times. “I’m 70 and have been on Reddit for a year,” user challam wrote in a recent thread. “Why, oh why, can’t all of us seasoned folk get together in a subreddit? I get tired of the poopy pants posts from the kiddie crowd, but there’s a lot to like about Reddit in general.”