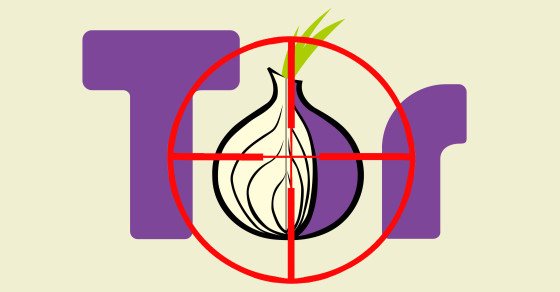 Did The Government Just Attack Tor?
By Eric Markowitz

Did The Government Just Attack Tor?

Late last week, the founders of the Tor project posted an ominous message to its blog: They’d received a tip from a reputable source that some group was planning an “attack” on the network that would leave Tor, the so-called dark net, “incapacitated.”

Then on Monday, Thomas White, who helps run Tor, reported that his servers had mysteriously been shut down. While Tor is still up, the servers that process the Tor traffic that he’s responsible for had stopped working. “From experience I know this trend of activity is similar to the protocol of sophisticated law enforcement who carry out a search and seizure of running servers,” he wrote.

Tor lets your browse the Web anonymously–it routes your computer’s IP address through multiple servers around the world, rendering your online identity untraceable. The service is popular among journalists, privacy advocates–and, not too surprisingly–criminals. Drug sites like Silk Road have grown into mini-empires by operating on Tor, which doesn’t exactly endear itself to the government. The FBI has also shown that it’s capable of “breaking” Tor–last month, it managed to shut down dozens of black market sites, though it did not reveal its methods.

In the wake of Monday’s news, rumors are circulating online that the FBI is targeting Tor because of the Sony hack — some say the hackers used Tor to cover their tracks. One of those rumors appears as the top comment on the Tor blog post, claiming that “inside sources” are saying that the “FBI is planning to take down parts of the Tor network as part of the investigation into the source of the Sony hack.”

Today's summary: North Korea didn't hack Sony, but the FBI is getting ready to hack TOR. Now you know which government to fear more.

At this point, we don’t have much information, and that rumor remains unfounded. No law enforcement agency has commented about any raid, and Tor’s project lead, Roger Dingledine, claims we shouldn’t make too much of White’s post. We’ve reached out to Dingledine for more information, and we’ll update when we hear back.