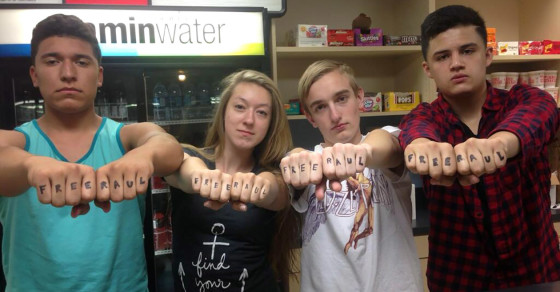 Squeaky Clean Teen’s Graduation Disappears in a Puff of Smoke 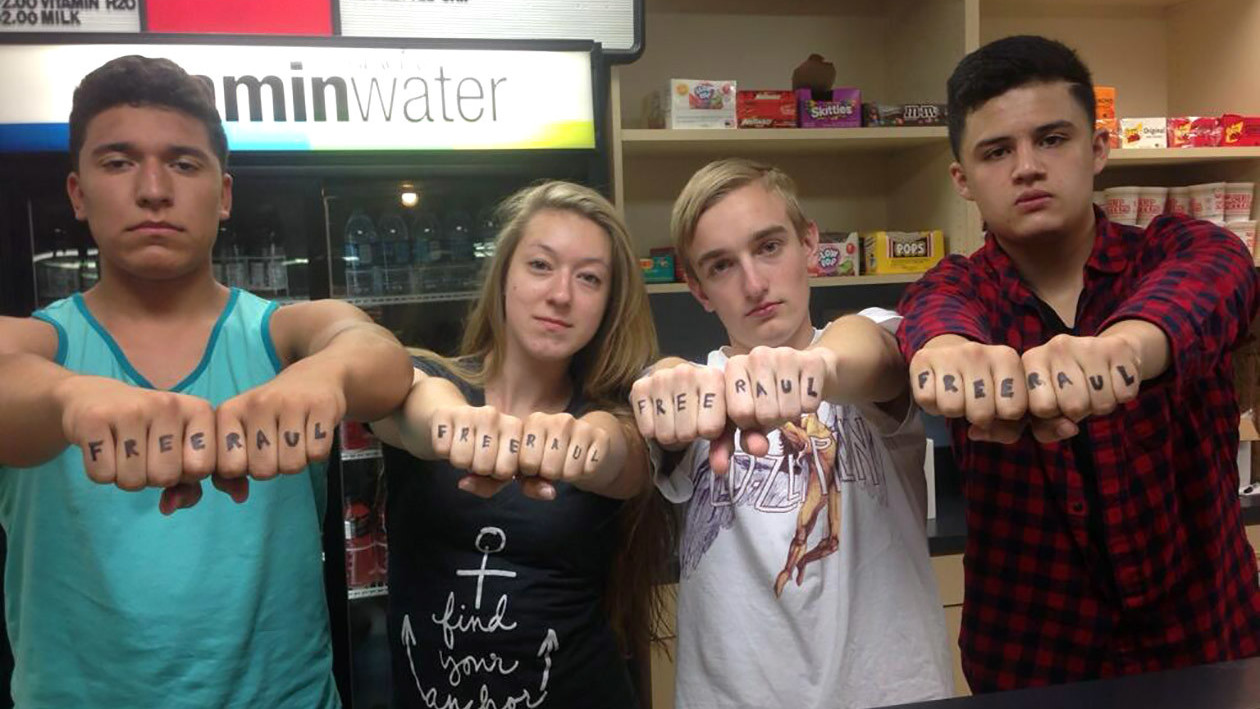 A month ago, Raul Villarreal was on the cusp of closing out a pretty stellar high school career: captain of his wrestling team, honor student, popular with his classmates.

But now the Oregon senior has been booted from his prom, barred from all end-of-year celebrations and suspended for five days after administrators accused him of smoking pot at the formal dance last month.

He came back with a clean drug test and a groundswell of support from across the Northwest, but officials at South Salem High School are sticking to the script: They plan to ban Villarreal from walking the stage at his graduation on Friday.

“I’ve never actually consumed marijuana before,” Villareal told KPTV. “It doesn’t matter what the truth is.”

The saga started on May 17 when an administrator at the 2,000-student school stopped Villarreal and his friends outside their prom and began to browbeat them over being high. The teens denied it, even after a police officer showed up to question them. But Villarreal says the cop and administrator relentlessly pushed them to confess.

“I felt bullied and harassed,” Villarreal told the Salem Statesman Journal. “They told me it wasn’t illegal, told me it would make things easier. I thought, If I say yes, will you leave me alone? I was really nervous and I didn’t know what was going on. I honestly was not expecting this.”

Caving to the tag-team pressure, Villarreal says he eventually copped to being high—even though he wasn’t. His buddies were free to go. Villarreal, meanwhile, never got to set foot in the prom or dance with his date. He was sent home instead. He later received news that he had been suspended from school and forbidden from any end-of-school activities. Administrators also told Villarreal and his family that they might not allow him to walk at graduation.

Determined to clear his name, the teen took a urinary drug test four days later. It came back squeaky clean.

The results, however, did not sway the opinion of South Salem Principal David Phelps, whose defense of his decision will remind many why they had zero respect for high school authorities. “I’m sad for the young person,” Phelps told the Statesman Journal. “But when you have the rule clearly stated and it’s dealt with fairly and responsibly, there’s not much I can add.”

“I don’t ever want to have this happen to any of our students, and it’s a wonderful experience to walk across the stage,” Phelps continued. “But at the same time we say, please don’t do something that will jeopardize your ability to do that.”

In a last-ditch effort, fellow students have rallied behind Villarreal. Classmates circulated a petition on Friday asking the school to let the teen walk at graduation and collected 575 signatures. They also launched a #FreeRaul social media campaign that has attracted support for Villarreal throughout the Northwest—and dismay for South Salem’s stubbornness.

Not being able to walk at graduation for one incident doesn't make sense to me. That's four years of work. @Raul_A_Vill #FreeRaul

#FreeRaul let's get this straight, the principal at SSHS does not consider a - ua as forensic evidence? He sticks to his judgement? C'mon!

#FreeRaul These teachers are absurd!! Let him walk. He's put in 4 years & shouldn't b denied because of teachers' ignorance & stupidity!!!

Phelps responded on Monday to South Salem students’ petition with a big thumbs-down. “We appreciate that you are trying to help a friend,” Phelps wrote in a statement. “However, student discipline incidents are private matters, by law, that need to be solved through the student and their parents working together with the school.”

Some had a few choice words for the flint-hearted Phelps.

IF ANYONE IS ON THE MARIJAUNA IT IS PHELPS. Also everyone that I walked in on smoking in the bathroom, you all suck too. #FreeRaul

Villarreal, meanwhile, remains devastated. “Those are memories I won’t be able to get back,” he told KATU News. “I don’t want to lose those memories.”