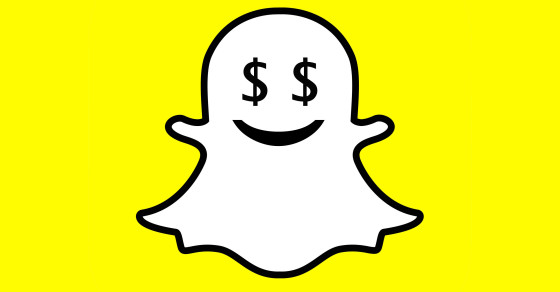 Remember just over a year ago, when the founders of Snapchat turned down a $3 billion acquisition offer from Facebook and everyone was flabbergasted? Now the Los Angeles-based company is pursuing a new funding round that would value it at as much as $19 billion.

This chart from Dadaviz shows how Snapchat’s valuation has turned toward the heavens.

Critics balked at CEO Evan Spiegel’s decision to snub Facebook’s offer a year ago. Many speculated as to why the startup turned down the paycheck, while others called the founders insane and chalked it up to hubris.

“I’ve seen cockiness before in Silicon Valley, but not at the cost of $3 billion—an amount that exists only in the wet dreams of most startup founders,” AlleyWatch reported at the time, in line with many other reports on the incident.