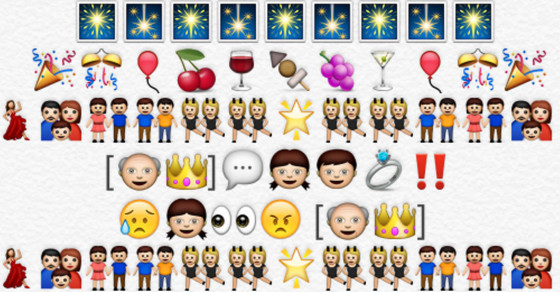 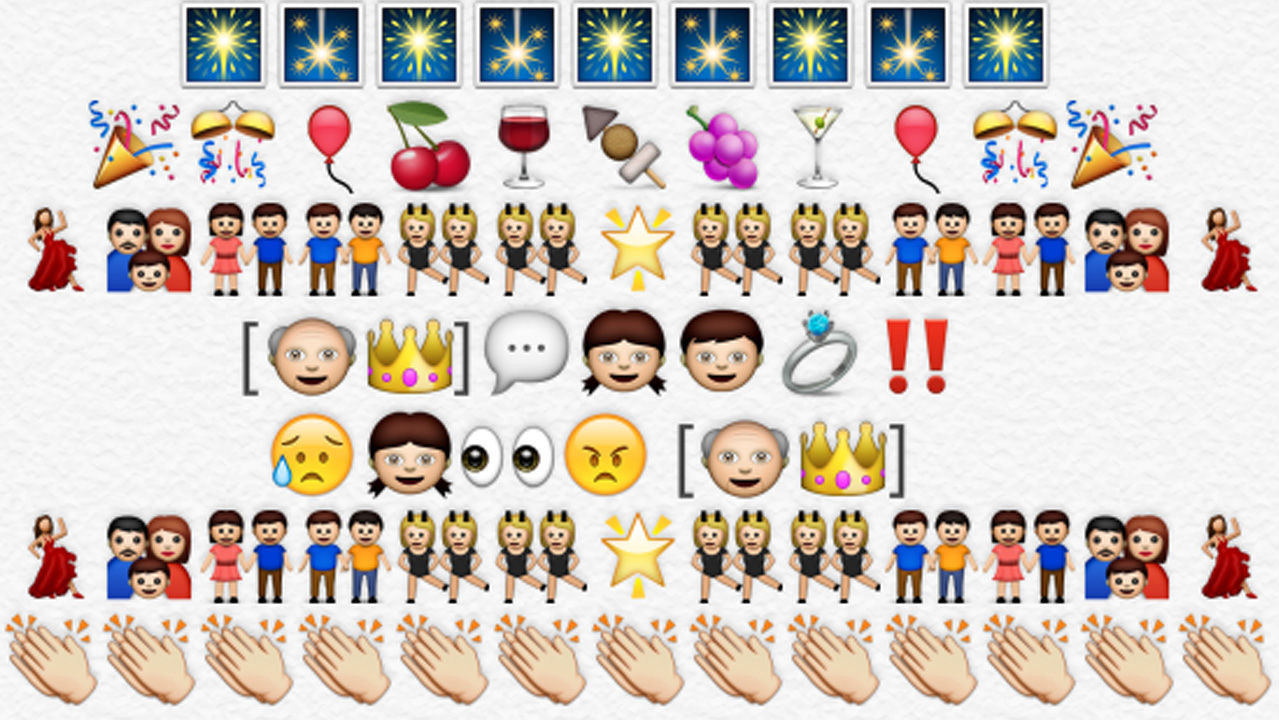 Thanks to Karl Lagerfeld and Miley Cyrus, the emoji’s value as a cultural and linguistic tool is already well-established. The small smileys add personality to even the bleakest conversations, standing in place of words and forming their own distinct dialect. Most importantly, however: Emojis operate successfully across languages, which is what graphic designers Giorgio Mininno and Giovanni Fredi learned firsthand while teaching art to Chinese students last November.

During a course on computer-generated art at LABA International Academy of Arts, based in Ningbo, China, the designers discovered that emojis could break down cultural barriers better than nearly any other form of communication available to them. “Most young Chinese people can’t speak English at all, so we realized we couldn’t establish a direct relationship with them,” Mininno wrote last week in a post on Medium. “We noticed that most of the students were using their phones during the lessons, even if it was forbidden by school rules, and as long as we started the mobile phone art workshop we saw a great engagement.”

Faced with the challenge of entertaining the students while also appealing to their foreign aesthetics, the designers began by teaching the students via Net.art—a computer art program. Problem was, Net.art was too conceptual, and the students described the art as “ugly or stupid.” Says Mininno: “During the lessons, we realized that the concept of beauty is different in Asia, and the same is true for the concepts of elegance, order or creativity.”

The designers turned to Instagram, which the students used obsessively, and soon learned emoji art could tell a coherent narrative without the help of a common language. The designers published their students’ pictures, using the hashtag #labemoji:

“Emoji helped us to overcome interaction barriers due to the language gap, allowing students to produce works ready to be shared and discussed with the classmates and the teachers,” Moninno recounts on Medium.

It’s why emojis are something linguists and lexicographers are beginning to take seriously. In December, PBS aired a short clip called “Are Emoticons the Future?” that looked at how smiley faces can transcend language barriers better than actual language. “Humans have always been interested in exploring emotion through a new type of typography,” says Ben Zimmer, a notable lexicographer, in the video.

The clip, which traces the emoticon from its 19th century roots to the IM’ing of today, studies the value of expressing ourselves through mini pictures. “In some ways, we’ve reached the limit of print in expressing ourselves,” says Mitch Stephens, a journalism professor at NYU. “We have to modulate, we have to control the degree of seriousness that we apply to things. That’s where the potential to say new things comes.”

Of course, Apple’s current set of emojis severely limits our ability to say anything profound beyond a general stamp of approval (thumbs up!) or an expression of gratitude (blessed, prayer hands). Yes, we can describe our sexual fantasies with a little bit of creativity and flexibility, but we probably can’t write the next great American novel or screenplay. Though some people are certainly trying.