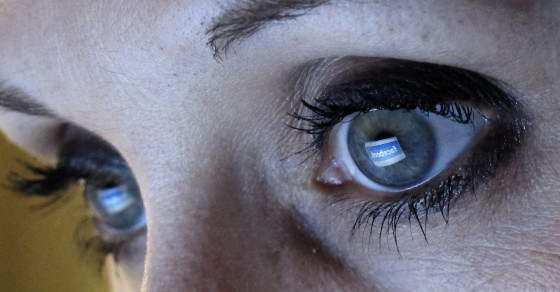 Belarus Has Shut Off Part of the Internet
By Sarah Kaufman

Belarus Has Shut Off Part of the Internet

The Iron Curtain is returning to Eastern Europe, this time via the Internet. Amid economic panic in Russia over the collapsing ruble, Belarus is shutting down some areas of the Internet to its citizens. It blocked access to a handful of major independent news websites (including Belapan, Naviny, UDF and Zautra), and that’s after blocking the opposition websites Belarusian Partisan, Charter97 and Solidarity. Belarusians started reporting the censorship on social media, adding that the last wave of blocked news websites were actually rather neutral toward the government.

In Russia on Saturday, the government blocked users from reaching a Facebook event page calling for protests in support of Alexei Navalny, a 38-year-old anticorruption activist and fierce critic of President Vladimir Putin.

Translation: “Belarus has blocked number of news sites neutral to the government. Access to opposition websites had been closed earlier.”

The director of information of Belapan, one of the sites that was blocked, said his website didn’t receive any warning and he didn’t know why the government did it.

Belarusian authorities also suspended the operation of 13 shopping websites this weekend. The ministry of commerce claimed that the websites failed to comply with Belarusian trade and consumer-protection laws, which require them to post prices in Belarusian rubles only.

Belarus is notorious for its tight censorship controls, especially on the Internet. Its authoritarian president, Alexander Lukashenko, is a big fan of Soviet nostalgia and keeps political expression under tight control, which he believes creates stability in the country. But many Belarusians and international activists are unimpressed with the government’s crackdown on alternative voices. Reporters Without Borders ranked Belarus 154 out of 178 countries in its 2010 Press Freedom Index, and identified it as an “Internet Enemy” or “under surveillance” every year since 2008 because of the country’s hostility toward free political expression online.

Belarus’ central bank recently launched a series of emergency measures to stabilize the financial situation in the country, including charging a 30 percent fee on the exchange of foreign currency. To overcome the new wave of censorship, Belarusians on social media are advising their friends and followers to use Tor, which enables users to browse the web anonymously.

Translation: “To bypass the censorship, use TOR.”

Translation: “Neutral websites had been blocked.”