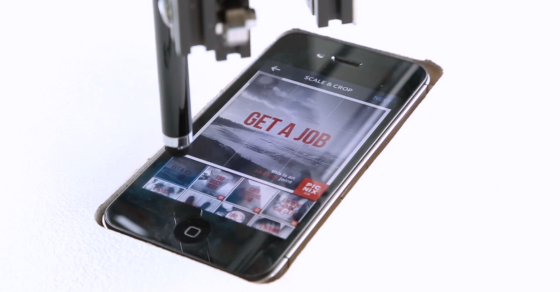 This Robot Could Help End the Instagram Selfie Plague 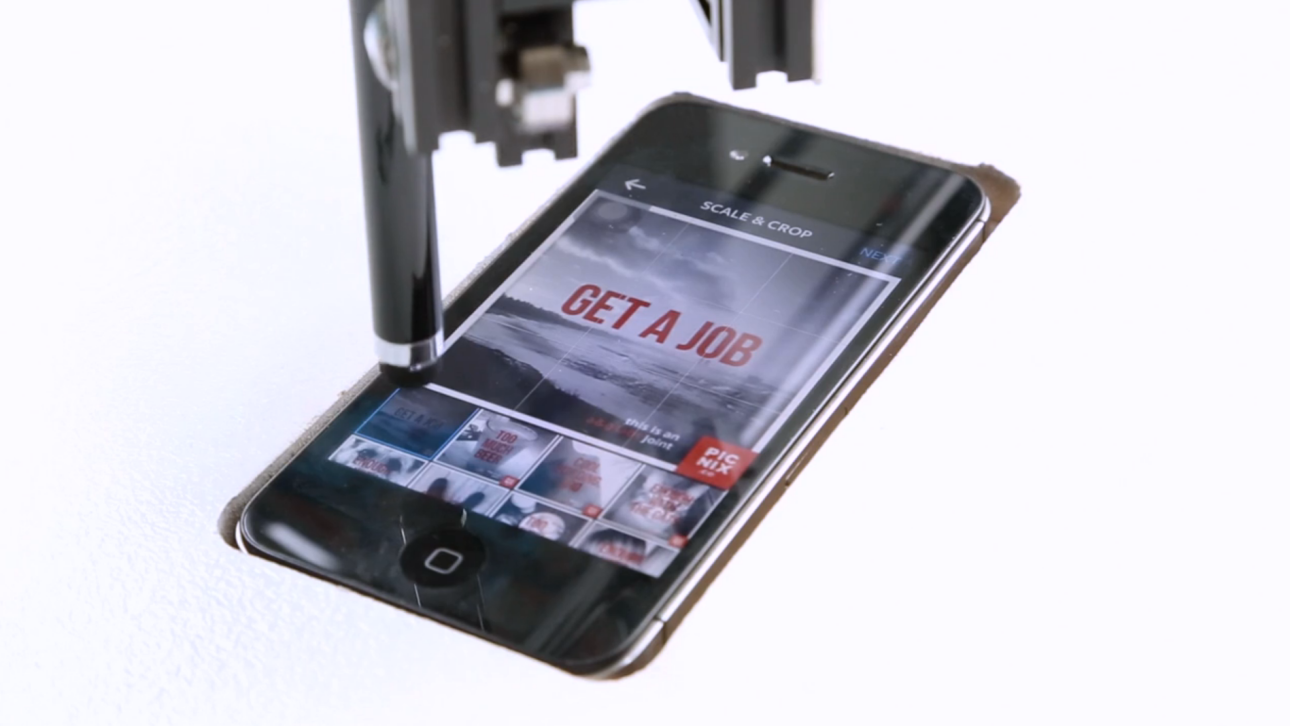 “It’s a little tongue-in-cheek,” says George Ward of A+G Labs, the emerging tech and innovation wing of Philadelphia-based creative agency Allen and Gerritsen, and creator of Pic Nix. “We actually do these things ourselves, so we’re just as guilty.”

Per Pic Nix’s promo video, the robot service works as follows: Vindictive friends log on to the Pic Nix site and identify an offender they’d like to target. They can then accuse them of one of 15 Instagram offenses—cliché posts such as lattes, selfies and sunsets—and select from two pre-populated insults, then hit send. An actual robot on Pic Nix’s backend uses a stylus pen to mimic a human using Instagram (with a little help from a “Bluetooth keyboard emulator”) to transform the submission into an Instagram photo and an admonishing message for the offender, which Pic Nix will then send to them via its Instagram account @PicNixer.

It’s all in good fun, Ward says, but also a response to one of society’s gravest technological concerns: a proliferation of Instagram posts on the same jaded, overused topics. “It’s looming out there, but no one’s doing anything about it,” says Michael Bodenberger, another member of the A&G Labs team.

Thanks to their two pre-set insult options, Ward and Bodenberger promise the bot can’t and won’t be used as an anonymous hate delivery service. Instead, the two hope the device will get people thinking honestly about what they post—and how often.

It could put an end to ironic uses of hashtags like #NoFilter, applied to heavily filtered photos, and new parodied by manual Instagram accounts like @YouDidNotEatThat, which calls out users for posting photos of unhealthy food they probably didn’t eat in the first place. Filter Fakers calls out people tagging their images with #NoFilter who have, in fact, used a filter on their photos. The shame, the utter shame.

Send in the robots.