Reddit (Basically) Just Banned Half the Internet
By Versha Sharma 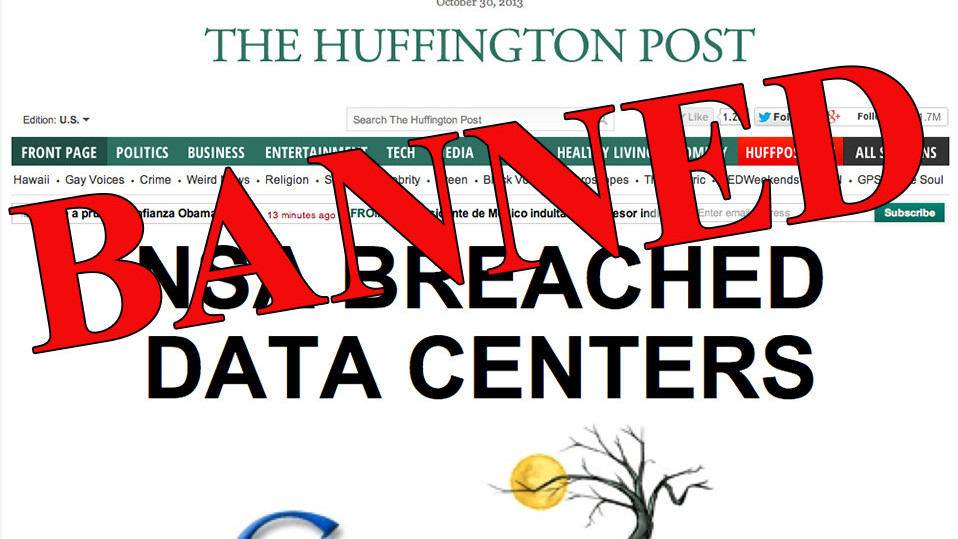 With more than 80 million unique visitors a month, Reddit is known as the “front page” of the Internet. News organizations swoon when their stories get posted on the site—an often crowded list of headlines in neon blue type. But this week the site announced it was blacklisting certain news organizations from its politics subreddit to separate high-quality journalism from the litany of trash.

“We have identified one of three recurring problems with the newly disallowed domains,” a moderator posted this week. “1) Blogspam, 2) Sensationalism, 3) Low Quality Posts.”

Yet in their quest to streamline their list of stories, the mods of this 3-million-strong online politics hub have also banned sites that win Pulitzers (Huffington Post), affect presidential elections (Mother Jones) and occasionally go where other media outlets don’t (Vice). These sites often publish articles with agendas and points of view. But they also produce quality journalism. As Jon Stewart put it this week in his absolute excoriation of CNN, not all good journalism is unbiased.

The full list of organizations affected by the ban is surprising in its breadth. It’s not all left-leaning sites, either. The Drudge Report, The Daily Caller and The National Review are also in the dog house. All three have had their share of scoops and strong stories. Curiously, however, Russia Today is still approved, despite what many call its anti-American slant.

The ban isn’t consistent. Sites that heavily rely on aggregation, such as the Daily Mail and Business Insider, are permitted, but Gawker isn’t.

Reddit’s most popular sections were bound to turn into the old Digg. Good thing the new Digg is so nice!

Suffice to say there’s been a lot of pushback from Redditors:

The core problem seems to come down to the moderators, who some critics are comparing to a gang of little boys, bullying the rest of the school (because they can?).

Reddit is an important source of traffic for many news sites, especially fledgling operations outside of the mainstream. I spoke to a few different publishers who are more than a little angry about the site’s move. Some have faced unofficial bans in the past, which caused their traffic to plummet.

“It’s like if Google was being run by by a bunch of vindictive, vicious children who choose to cut everybody off,” says one publisher, who asked to remain anonymous because he feared incurring more wrath from Reddit moderators. “That’s how much power they have.”

Then, more succinct: “Front page of the Internet, my ass.”

Already, some of the mods have taken note of the backlash and are backtracking a bit. They’re saying they may edit the blacklist after a thorough review.

The policy, it seems, is censor first, review later.