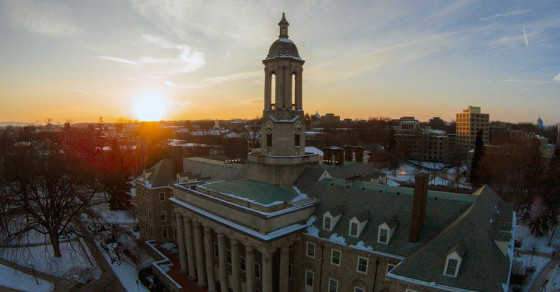 Lt. Keith Robb of State College Police told Buzzfeed that “what we’re looking at is a misdemeanor.” But not all legal experts agree. In the same article, Temple Law School profession Marina Angel said, “If they got the women doped up or intoxicated for the purpose of taking the pictures, then that would be a felony.”

In order to file felony charges, this prosecution would need sustained cooperation from witnesses, be they victims or bystanders. Statistics show that sexual harassment victims in college greatly underreport such incidents. In all likelihood it will be up to investigative team and an aggressive prosecutor to coax that kind of testimony out of witnesses in order to escalate the charges. Lt. Robb’s comment to Buzzfeed, however, suggests that the will to do that may not be there—yet.

More Universities Cover Up 44% Of All Sexual Assaults On Campus

It’s important to remember that this is the same police department and university that attracted national criticism for its handling of the Jerry Sandusky on-campus child-rape case in 2011. While the investigation and prosecution of Sandusky were eventually successful (he’s eligible for parole in 2042), Penn State’s decisoin to conceal pertinent details of his crimes cost the university and the State College Police deeply in terms of reputation.