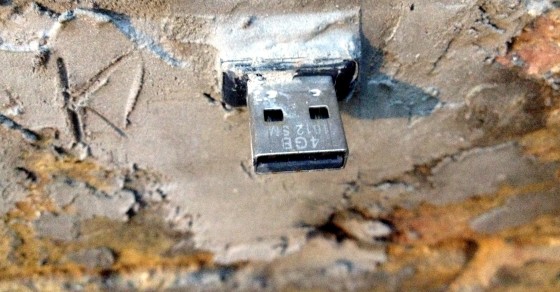 The Odd World Of USB “Dead Drops”
By Eric Markowitz 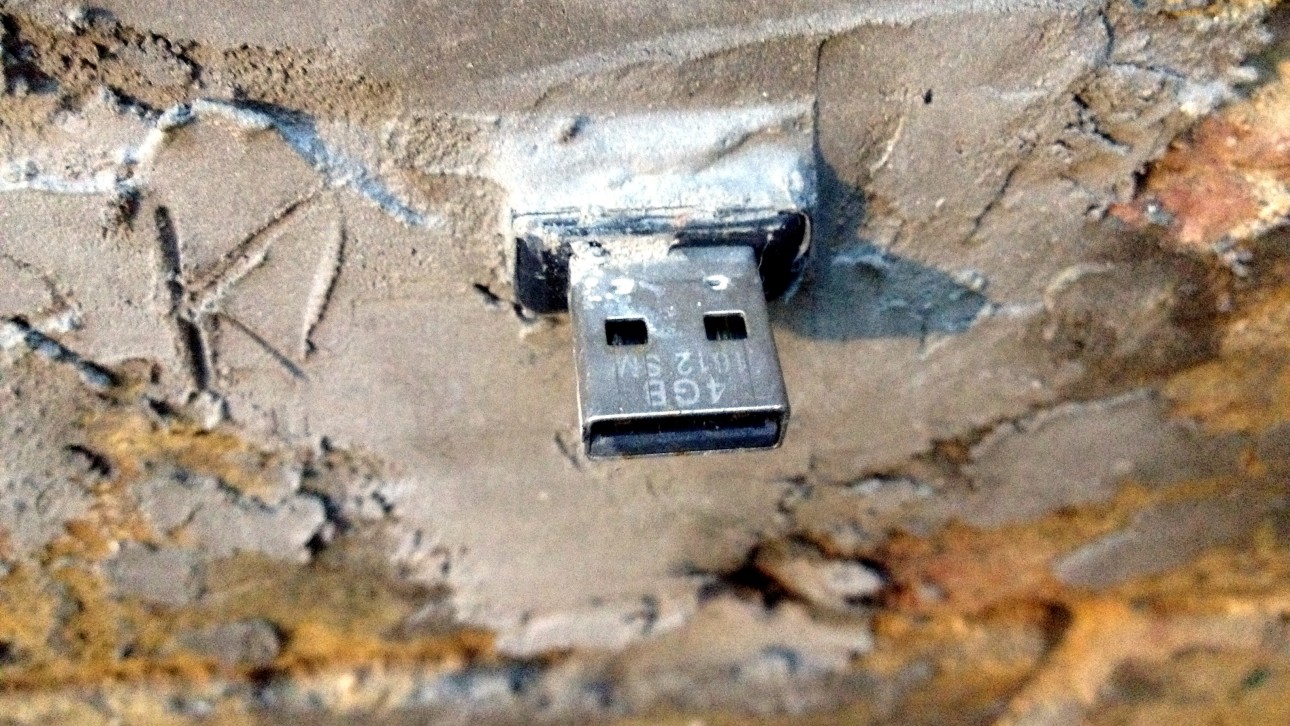 In the five years since the first USB drive was stashed—the dead drops have even had their own show at New York City’s Museum of Modern Art—over 1,400 of them have been placed in dozens of countries, including South Africa, Ghana, Germany, Iran and Russia. People are sharing all types of information in these drops. In a recent interview, Aram Bartholl, who started the whole idea with a drop in NYC, said someone found a USB with a “downhill sledding video posted by a couple in Switzerland.” In Toronto, the thumb drives have contained food recipes and porn. According to to Bartholl, people have uploaded a total of 8,945 GB of data to the drops—or roughly enough information to fill about 80 laptops.

So why do people feel the need to place random information on a thumb drive, cement it into a wall and publish the location on this website for some stranger to find? After all, if you need to transfer information privately, there are loads of online encryption tools out there. And why would people stick random USB drives into their expensive laptops, given that computer viruses notoriously travel via USB thumb drives?

People, of course, aren’t doing this because it’s the only way to trade whatever information they’re sharing. It’s about the thrill of discovery. Think of it like a scavenger hunt for adults with a modern art twist. If you decided to plant something for a total stranger to pick up, what would it be?

One person in Iran, for instance, seems to be using a dead drop to tell people where to buy the best weed. In Estonia, a dead drop has been set up in a travel agency so that backpackers can share tips.

Okay, these USB dead drops are a little on the weird side. https://t.co/gJlNbRJlwt

.@jordanterrell You have no idea what's on the other side. The USB Dead Drop could be more aptly described as the USB Glory Hole.

I was curious what people leave behind, so on a recent afternoon, I traveled around Manhattan with my work-leased laptop and stopped at each of Manhattan’s six USB drop locations. Unfortunately, I don’t have much to report back: Each dead drop had either gone missing—physically plucked from the cement wall—or been removed or badly damaged.

Here’s a before-and-after look at a dead drop in Chelsea:

“Dude, that thing lasted for like three days,” the clerk inside the New Museum told me. There had been a dead drop placed outside the museum doors a couple of years back. Either way, there would be no random, P2P file sharing for me that afternoon. Vocativ’s IT guy is probably thankful for that.

Dead drops aren’t the only project experimenting with this sort of file sharing. For instance, there’s the Pirate Box, a project created by an New York University professor David Darts. The Pirate Box, as its name implies, is literally a box built with a Raspberry Pi computer that can broadcast its own open Wi-Fi network. From there, people can use it to swap music files, pictures, text documents—all anonymously.