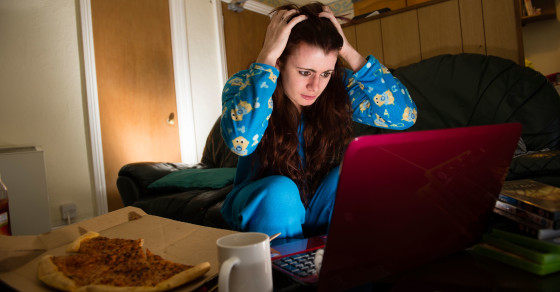 So does anyone know what's happening in Mammoth, Arizona?

Mammoth, a roughly 1,500-person town located in southern Arizona, has been the target of an elaborate Internet hoax orchestrated by the Reddit community since Monday afternoon. It all started when a redditor by the name throwfarfarawayaz created a post titled “WTF Is Going On in Pinal County, Arizona?” in the subreddit /r/nosleep.

The user went on to describe an end-of-the-world scenario that was supposedly playing out in the small Arizona town. Here is an excerpt from throwfarfarawayaz’s post:

“Entire families were being found beaten to death all over Mammoth. Blood, bruises, nails and teeth missing, hair ripped out—all of them. I heard reports of anywhere from 14 to 55 dead bodies, depending on who you were talking to. …I have called the CDC multiple times but every time I call the same woman answers. The first time she took a statement and said she’d get back to me. Every subsequent time I’ve called, she immediately puts me on hold. She never comes back to the line. …This morning my contact at the police department finally called me back. He told me the death toll is ‘incalculable’ at this point and that they are being ‘iced out’ by both the state and federal governments at this point with one exception.”

You get the idea.

The thing is, there is nothing actually going on in the town. There is not a destructive virus spreading throughout the community and claiming countless lives. Mammoth Police Chief Marty McIntosh says the police department has had to deal with only barking dogs and loud music complaints since Monday, reported local news outlet Arizona Central.

But that’s the idea behind the /r/nosleep subreddit. With more than 1.5 million subscribers, redditors head to the thread to share their horror stories (both fictional and nonfictional tales are welcome), and everyone else goes along with them. The subreddit’s sidebar lays it out clearly, “Suspension of disbelief is key here. Act as though everything is true while you’re here, even if it’s not.”

In this case, the Reddit community followed the rules. Since the post first surfaced on Reddit, it has been upvoted more than 2,800 times, and countless people have called Mammoth residents—at all hours of the day and night—in an attempt to get to the bottom of the hoax.

Here is a recording of a phone call to a local business uploaded by one redditor in the midst of the hoax. The locals seem to be aware of Reddit’s little stunt (but there is a shortage of Cliff bars with energy), and the woman on the phone insists that there is nothing going on in the little town.

Thanks to a few hundred active redditors, a few folks in Mammoth literally got “no sleep.” Again, well done, everybody.