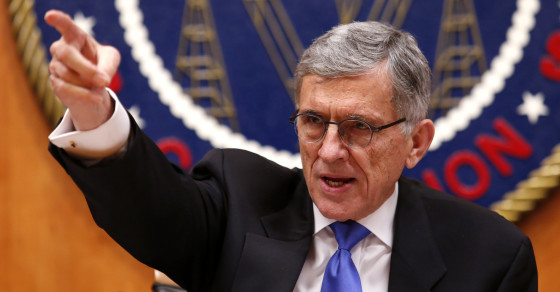 Less Than Half Of The World Can Read About Net Neutrality

The Federal Communications Commission just voted to make the Internet a regulated utility, supposedly protecting it from manipulation by big, wealthy corporations. Regulating it in similar way to, say, water, gas or electricity means it will come to every building through the same pipes, at roughly the same speed. Companies won’t be able to pay for preferential treatment to the detriment of others, just like you can’t pay for clean water and force your neighbors to drink filthy, leftover dregs.

Net Neutrality has been a matter of national debate in the U.S. (thanks, John Oliver), which has some of the best Internet speeds in the world (eh, well). America’s Internet-driven economy is also incredibly robust—evidenced by the fact that Netflix was one of the biggest lobbyists for this regulation. More so than others, its business hinges on net neutrality.

The FCC decision could influence decisions on global Internet regulation for years to come. Most of the world probably doesn’t realize that, however. See, the majority of people on planet have never been on the Internet, according to a report from the Facebook-funded advocacy group, internet.org.

Even when people can overcome the obstacles of cost and inaccessibility, the report found that the Internet isn’t relevant to 47 percent of the world. In some countries, people don’t even know that the Internet exists.

The issue will likely only get more important as the size of the global online community, which doubled from 974 million to 1.9 billion in the past five years, continues to grow. However, most people won’t know about the pivotal battle that took place today.

Online users are a tiny portion of the population in large swathes of Africa and the Middle East. While almost everybody in the developed world can access and afford 3G networks that can handle streaming music and videos, only a third of the developing world has access to those speeds and only slightly more than half could afford it anyway.

Just as problematic, about half the world doesn’t have a significant amount of Internet content created in the language they speak. 53 percent of the world has access to at least 100,000 Wikipedia entries—the equivalent of the Encyclopedia Britannica—in their native language, a threshold that the report equates with a bare minimum of relevance. The report concluded that overcoming the language barrier will be key in expanding the Internet into the developing world.

Finally, surveys conducted in Africa and Asia found that more than half of the people that weren’t on the Internet didn’t know what it was.