The Man Behind Selfies at Funerals
By Versha Sharma

The Man Behind Selfies at Funerals 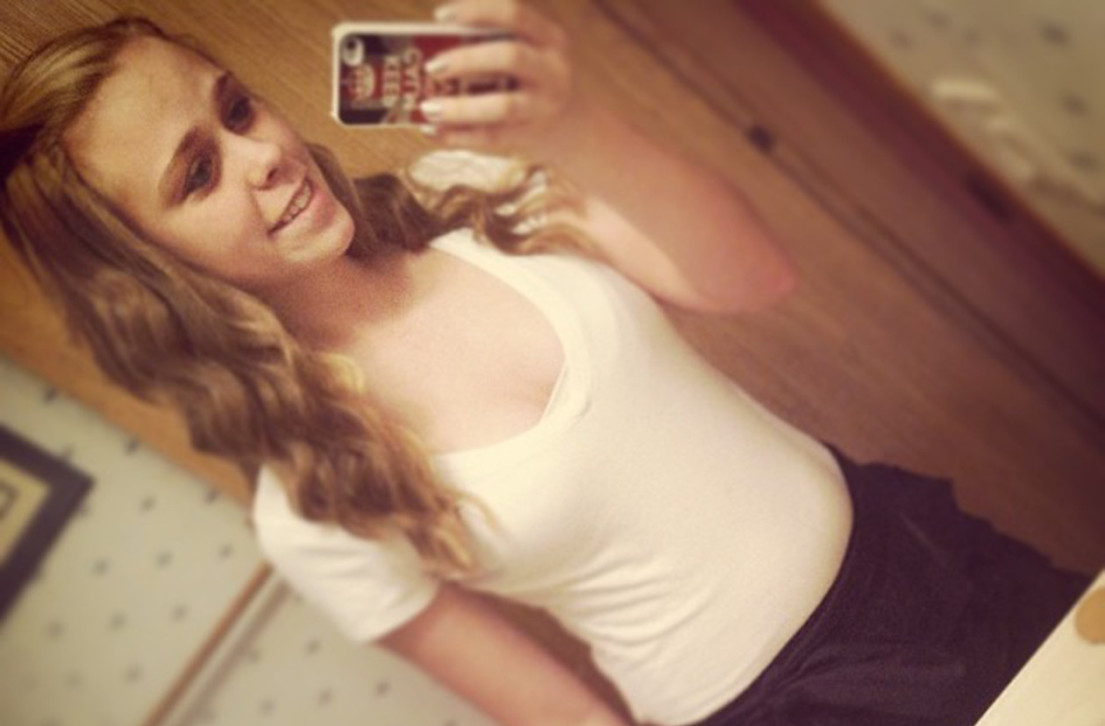 Dear society: It might be time to hit the reset button. We have possibly reached the pinnacle of technology-enabled narcissism with the latest Tumblr to take the Interwebs by storm: Selfies at Funerals.

Jason Feifer, a senior editor at Fast Company, created the Tumblr and pushed it out to the world on Tuesday. The most common terms tweeted with it: #yolo, common sense, most depressing, #kidstoday, no boundaries, low point and #swag.

I talked with Feifer, who is also the man behind Selfies at Serious Places, Models Who Can’t Decide and Bad NBA Songs.

Q: Where did you get the idea for this Tumblr?

I put together this Tumblr maybe a month or two ago called Selfies at Serious Places. It started as me looking for selfies that people took at places of sorrow—the Holocaust Memorial, 9/11 memorial. I eventually ran out of places, and so then I expanded into circumstances. Selfies in front of house fires…

Yeah, I haven’t found a ton of those, but there were two. Selfies with passed out homeless people…the one I found a ton of were selfies at funerals. There was just something about the selfie at a funeral that I felt deserved its own kind of spinoff. Literally, last night I was at a bar with some friends and somehow the Tumblr came up. They said you should put it together, it’s Halloween, perfect timing. It went out to the world around 11 a.m. today and sort of blew up. This one seems to have moved the fastest [out of all his Tumblrs]—I don’t know how it’s resonating with people more.

Our photo editor Dustin Drankoski noticed a pattern when searching Instagram for more funeral selfies: the people who post these post selfies pretty much every day. So at least they're not first-time-selfies at funerals...

Q: Are you getting a lot of submissions?

I’m mostly driven by my own amusement and I’m finding things that total strangers had posted. The submissions that I get whenever I launch a Tumblr like this are always people ratting out what are clearly people within their own social network.  [They have] some sort of personal vendetta which makes me a little uneasy about posting them. There’s something more wholesome to me about kind of yanking people at random off the Internet. The driving force for me is how people who post things publicly think that they’re doing it privately.

When we recontextualize things that people post on the Internet—in its accumulation, you see something else. Ultimately, do I care about people taking selfies at funerals? No. People can do whatever they want. But what I am interested in is this idea of posting something publicly and not really contemplating that people who aren’t your friends will see it.

Q: You’re very philosophical and almost diplomatic about this. So you’re not shaming people?

No, the thing that I love the most about the Internet is our enjoyment of each other. The primary thing is to make people laugh. I’m not going around shaming people, that’s not what I do.

Q: Do you have enough to keep the Tumblr going for a while?

I’ll update it a little bit. Here’s the thing with single-topic Tumblrs: They have a really fast burn-through rate. It’s just a hobby of mine, making funny Internet things. I think of these things as little silly pieces of art where you finish it up and put it out there.

Q: So you’re not hoping to get a book deal?

I’m not hoping, but any emails to me that promise money will get a response.

Q: When I first saw this site, I was like, Oh my God, disgusting. It really seems like the height of cultural narcissism.

Every time I make one of these, I sort of feel bad that it appears I’m making this statement about millennials—because I’m really not. First of all, I really despise talk of millennials as some sort of foreign species that act and think in completely different ways. It’s true that they’re all young—all the people featured in Selfies at Funerals and Selfies at Serious Places are young—but I really, truly do not think that that is a statement about this generation in particular.

Tech reporter Jenna Wortham wrote "My Selfie, Myself" in The New York Times a few weeks ago. Other columns of hers spell out clearly why we're so attracted to social media: The "feedback loop of positive reinforcement [in the form of comments and likes] is the most addictive element..."

15% of "Selfies at Funerals" by @heyfeifer https://t.co/XCSMQvjhVE are posted by Harry Styles, Bieber fans.

The truth is this generation just happens to be the generation that grew up with very new, mass social sharing tools.

I’m a little older than millennials. I’m 33. I’m sure, had my generation grown up with these new tools, my parents, or my grandparents, they would have all done something like this. It is just an unfortunate combination of youth and means. It’s youth and means! It’s not a statement about this generation.

Q: There’s a National #Selfie Portrait Gallery running in London right now. I was talking about this with my friend there last week. We were upset at first, thinking about all the historical portraits at the actual National Portrait Gallery of kings and queens, but then I said to her, “I’m pretty sure Napoleon would have taken a selfie if he could have.”

He totally would have. If you go into the history of any technology, you find people using them in really weird and funny ways. We’re still pretty new into a world where we all have cameras on us all the time, so we’re figuring out what to do with that—and one of the things we’re doing with that is taking a million selfies. We probably won’t be doing that in 20 years.

Q: I just couldn’t believe the one that said, “Love my hair today. Hate the reason I’m dressed up.”

That was my favorite. I was trying to figure out if I should write captions for these things and I decided no. Half of what’s interesting is what people are writing themselves. It’s funny because some of them are sort of aware of how they come across and some of them aren’t. I had a co-worker hypothesize that funeral selfies are a sort of younger generation’s expression of grief, which I get. That’s a pretty good hypothesis.

Q: Your tweet about a funeral director following you cracked me up. Did you get any more?

No, he was the only funeral director. He sent me a link to his Confessions of a Funeral Director Facebook page though, where he posted my Tumblr, and last I checked there were about 100 comments on it. So I guess funeral directors are aware of it, but fewer of them are on Twitter.

Q: Having created all these Tumblrs, is there anything on the Internet that would surprise you anymore?

Oh, sure. There’s a difference between what I’m finding and some of the more vicious things on the Internet. On Selfies in Serious Places, the kid I made the top image for a while was a kid thumbs-up-ing with a big goofy grin at the Holocaust Memorial in Berlin. I was like, “What an idiot.” Then he wrote me. He wrote me this long and very earnest note, which I posted, apologizing. He doesn’t need to apologize to me. I’m just a guy making Tumblrs. So I offered to block out his face and post his apology.

A really stupid photo doesn’t define a person, it just defines a sort of careless moment. And that stuff doesn’t shock me, it just amuses me. But certainly on social media, there are a lot of hateful people out there, and when they tweet out something that shows us a deeper level of darkness…like the people who dressed up as Trayvon Martin and George Zimmerman for Halloween—that’s not someone who had a moment of carelessness. Those are racist people.

It’s always a little shocking in that people are so bold about their bigotry. That stuff always makes me sad. The selfie stuff doesn’t make me sad, it’s just kind of a funny emblem of the moment that we’re in. That [Martin and Zimmerman costumes] is an actual bad state of affairs.