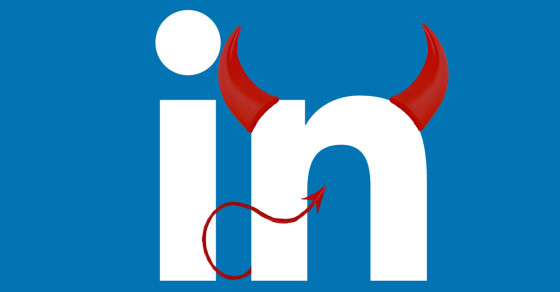 How LinkedIn Tricks You Into Spamming Your Friends
By Eric Markowitz

How LinkedIn Tricks You Into Spamming Your Friends 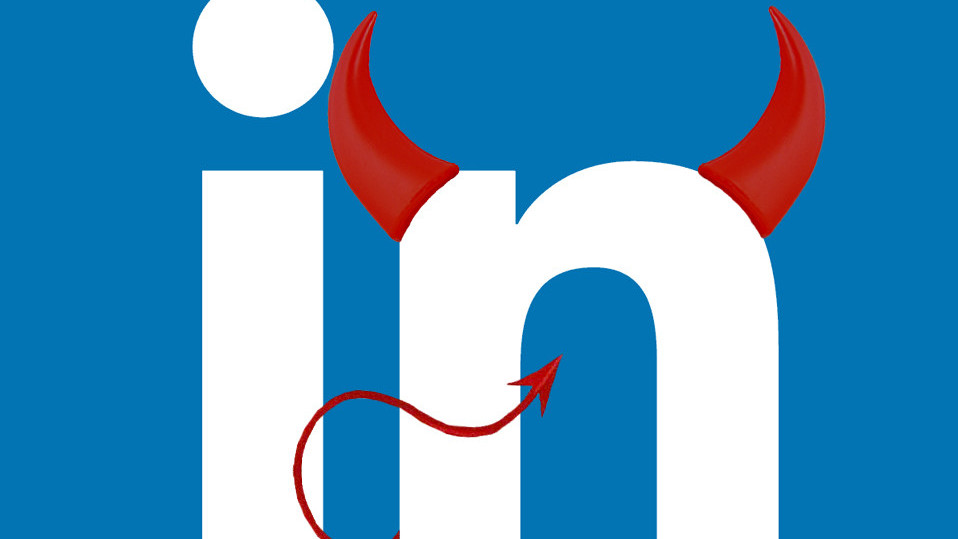 For social networks to grow and stay profitable, they need to constantly be attracting new users. It’s called a “user acquisition strategy,” and it’s pretty much the cornerstone of every business plan in Silicon Valley.

LinkedIn, which claims to have 277 million users, is no different. For the professional network to grow, it needs to be signing up new people all the time.

Here’s the thing, though: They’re relying on a shady practice to get more people to sign up for the service.

If you’ve ever used LinkedIn before, you’ve probably seen the “People You May Know” section. You might think that the people on this list already have a LinkedIn account. Well, not always.

When you sign into LinkedIn, the company asks for access to your email contacts. Once the company has access to all of your personal email accounts, it appears the company then begins creating “stub” profile pages (or mockups of would-be profile pages) for many of those contacts—whether those people have a LinkedIn account or not.

Then, when you decide to “connect” with them on LinkedIn, it sends those folks an email, enticing them to sign up for a LinkedIn profile.

As noted by one LinkedIn user, Robin Fisher, on his Google+ account:

LinkedIn is not using the email contacts to find people who have an account already. It is evident that LinkedIn is misrepresenting who has an account and does this to entice such people to create one when they receive a “would like to connect” email. In doing so, it misleads its users into thinking they are connecting with people who already use the service.

Another commenter, Stuart Woodward, claims his 9-year-old son’s name came up and “the only place in the world where his email address is stored is in my contacts, which got sucked into LinkedIn.” Other people have claimed they’ve been asked to connect with people who are deceased.

Fisher’s Google+ post has prompted a discussion about the sketchy practice on Hacker News, which is worth the read. “This obsession with collecting users (dead or alive) reminds me of Gogol’s Dead Souls—companies trading in users (who may or may not exist) in order to boost their standing and taking out huge loans on the basis of their illusory popularity,” wrote one user.

Other Silicon Valley companies have gotten in serious trouble for accessing user’s email address books and spamming their friends and family. Last year, Path, the social network founded by Dave Morin, got fined by the FTC for “collecting personal information from [user’s] mobile device address books without their knowledge and consent.” Facebook, too, has been criticized for its “shadow profiles,” while Quora, the Q&A forum, has gotten on people’s nerves for mass emails to users’ personal contacts. Rap Genius, you may recall, was dislodged from Google search results after its own growth hacking scandal.

To be clear, it doesn’t appear that LinkedIn is using these fake profiles to pad their official user numbers listed in SEC filings. But it does highlight the sometimes-creepy ways big tech companies reach into your personal archives for their own gain—and the sleight-of-hand tricks they use to make you think that more people are using their networks than actually are.

We reached out to LinkedIn for comment but they did not immediately respond.

“The People You May Know feature leverages contacts from members’ address books that members have chosen to provide to LinkedIn in order to connect with people that matter in their professional life,” a company spokesperson said in an e-mail. “While the feature provides suggestions on who to connect to, members have complete control over who they choose to send a connection request to.”