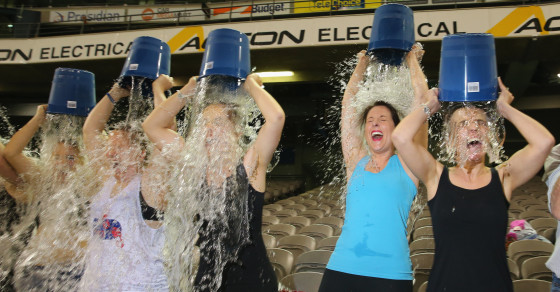 We Just Spent Over 250 Years Watching the Ice Bucket Challenge 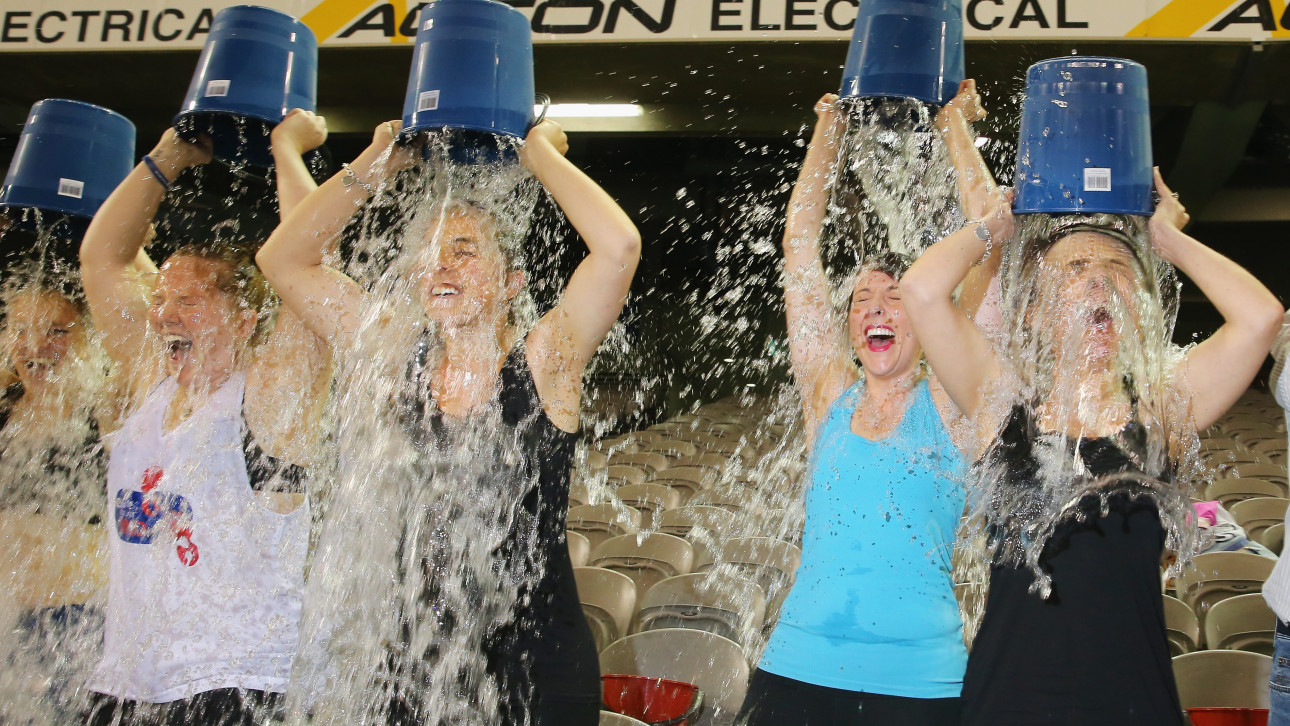 Doesn’t feel that long, right? Just to update you, donations from the ALS Ice Bucket Challenge topped $79.7 million (as of Aug. 25). Whatever you happen to think of Gwyneth Paltrow dousing herself with freezing water, that’s pretty incredible and a great example of the ability of viral phenomenons to unite millions for a common cause.

But people have become wary of newsfeeds saturated with friends and celebrities dumping buckets of icy water on their heads. The general consensus is that we’re, well, over it.

Now that the challenge is heading off into history, we wanted to take a look at exactly how much of a time suck it really was. So we crunched the numbers and, for reference, compared the amount of time people spent watching the ALS Ice Bucket Challenge with all those hours we wasted on the Harlem Shake in early 2013.

First, we scraped YouTube for videos with the phrase “ALS Ice Bucket Challenge” and “Harlem Shake” (not counting duplicates). After that, we found the sum of the total views for each clip, calculated the average length of the different memes (1.23 minutes and 2.46 minutes for Ice Bucket and Harlem Shake videos, respectively) and then did a little simple math to figure out the total time we burned watching these videos. Witness our findings below:

Yes, that’s right. Even though we, as a society, just watched 268.7 years of the Ice Bucket Challenge, we watched 2,125 percent more (or 5,711 years more) of Harlem Shake videos. That breaks down to a total of 114,185,003 minutes we spent watching ALS Ice Bucket Challenge videos versus 1,275,000,000 minutes we spent watching Harlem Shake renditions. If only all those “drops” had been for charity. Pity.

But back to the Ice Bucket Challenge. Think of this: 268.7 years is three American lifetimes, 2.37 million episodes of Breaking Bad and the time it would take to gestate 51.7 human babies. Moreover, 268.7 years ago was 1746, when the British were in power and the invention of the electric battery was still over a year away.

There is still hope, however, that the fading Ice Bucket Challenge will leapfrog the Harlem Shake. According to Google Trends, the socially conscious viral phenomenon is more popular in terms of searches than the Harlem Shake and even—get this—”Gangnam Style.” Sorry, Psy.