Call it the Middle East’s “Facebook War”—religious and political groups are fighting one another online. It’s a war in which Facebook groups are created for the purpose of shutting down the pages of their enemies. The vicious game of tit for tat exploits the social network’s own reporting mechanisms.

Vocativ has been monitoring several Facebook pages and groups in Syria, Iraq and Jordan that are urging their followers to target online rivals in what amounts to a low-tier hack—bombarding Facebook with reports of inappropriate content, which leads to the page being removed or suspended. And they’re getting detailed instructions on how to do this. A five-step guide in Arabic on how to report pages to Facebook and force a shutdown has gone viral. Followers are instructed to report content for violence or threats of violence and are shown which options to select when reporting a page.

These coordinated attacks are different from the so-called professional hacks by groups like the Syrian Electronic Army (which supports the president) or Hackers of the Syrian Revolution against the Criminal Bashar al-Assad (which obviously doesn’t). But even those hackers have been targets of these crowd-sourced hits. “Because of the reports that [were] sent from huge groups of Bashar al-Assad’s support[ers] on Facebook,” a member of the Hackers of the Syrian Revolution tells Vocativ via email, “the managers of Facebook had closed [our] page and repeated on closing it many times….”  The group member says they simply renamed their hacking team and launched a new page. 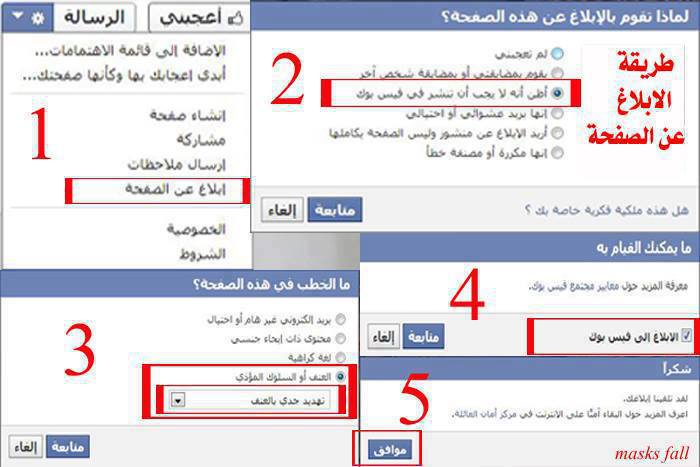 “We are in the second phase of our campaign to shut down the pages offensive to Islam,” reads the message on a Facebook group called “Together [we] shut down the pages against Islam.” The group has more than 51,000 members and appears to exist only to instruct its followers in how to force the closure of pages it finds objectionable. The group claims to have hit 16 targets successfully so far, although that can’t be independently confirmed. The latest target appears to be part of the Baghdad International Airport website. It is not clear why. 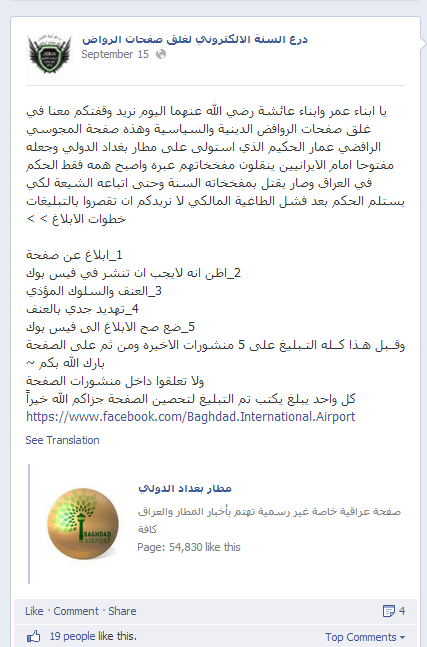 One Iraqi page calling itself the “Electronic Sunni Shield of the Disobedient” appeals to its supporters in Saudi Arabia to help retaliate against the page of a senior Iraqi Shiite leader, who was allegedly behind the shutdown of one of its pages. “We want to close the page of the Iranian reject who closed our pages on Facebook. Help the Sunni people in Iraq win,” a post exhorts the group. Another group based in Jordan asks followers to target a fan page of Iraqi President Nouri al-Maliki.

Vocativ has not yet been able to receive on-the-record comment from Facebook, which does specify in its Help Center, “The number of times something is reported doesn’t determine whether or not it’s removed from Facebook.”

While that might be the official position, it hasn’t hindered the campaigns. “Help us to block this page,” reads a typical post. “Share [these instructions to report a page]. Allah will bless you,” reads another.