Here’s Yet Another Reason Why Good Jobs Are Disappearing 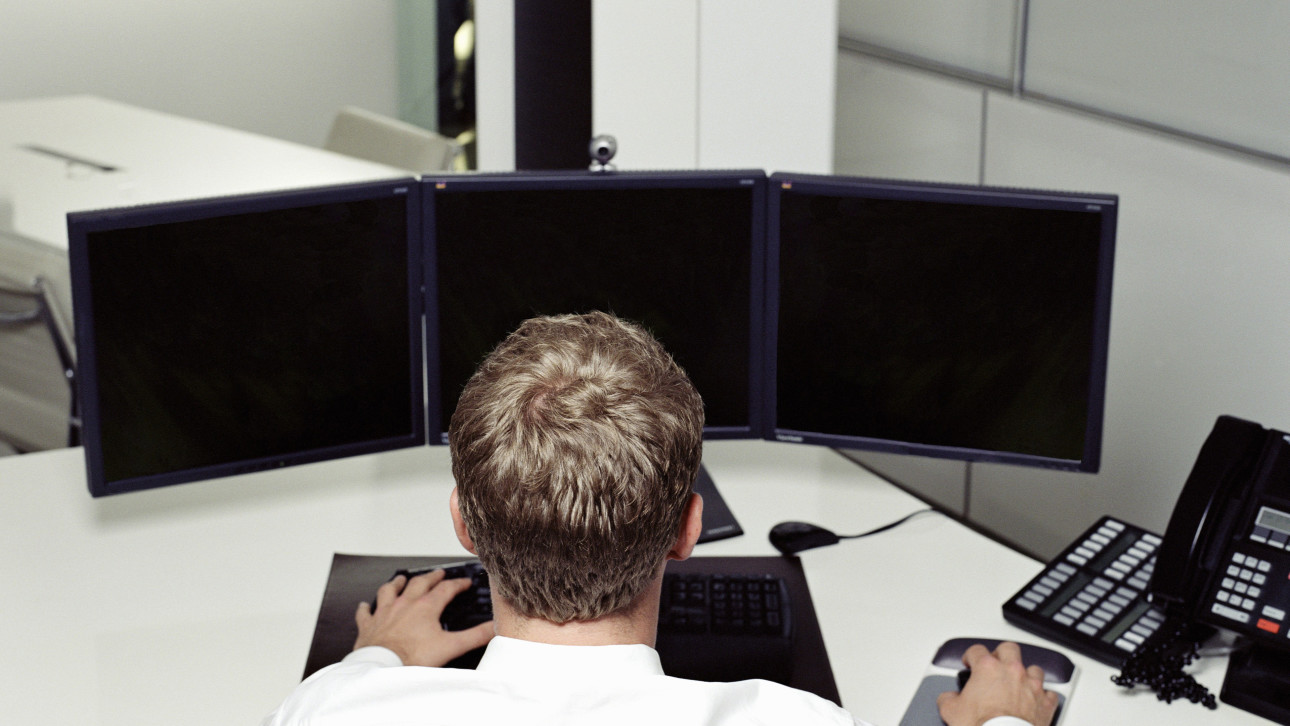 When Ruben Gamez launched his startup nearly three years ago, he couldn’t afford to hire any full-time employees. So he commissioned a few freelancers—coders and creative types—and built Bidsketch, a platform that helps people design client proposals.

With annual revenues are $500,000—more than 1,000 people have used Bidsketch—Gamez now has the funds to add a head of sales, a team of front-end engineers and a gaggle of interns, just like any other growing startup. But he says he doesn’t want to—it’s “not appealing” to him.

Do you think the information economy is hurting job growth?

Welcome to the world of “solopreneurs,” entrepreneurs who want to build companies, but companies with zero jobs. There’s a growing movement geared toward these startup devotees, complete with how-to books and an online school.

The movement—built for a niche audience, no doubt—is another sign of how the tech sector does just as much to whittle away jobs as it does to create them. While companies like Google and Intel employ tens of thousands of people (37,000 and 105,000, respectively), so-called lean startups are in vogue these days. Those companies, which typically start with a tiny team, aim to disrupt huge established businesses that are often the biggest employers in their cities.

Solopreneurs take the lean-startup model a step further. Unlike the typical startup that adds employees as its revenues and funding grow, solopreneurs remain one-person businesses. Of course they don’t do all the work themselves, but they also don’t create the sort employment you can actually live on. Most solo founders break down their projects into a series of bite-size tasks that they then outsource via sites like oDesk and Elance. They scour those platforms for the right employees and pay based on the project’s complexity. “It’s way easier to be productive,” says Gamez.

The U.S. has long been inching toward a freelance economy, thanks to worsening job prospects, layoffs and squeezed-to-the-bone healthcare plans (where plans still exist). Platforms like Elance—where clients and contractors meet to trade tasks for cash—have made freelancing remotely possible for a number of years now. But only recently have solo founders been leveraging the sites for Zuckerberg-size dreams, pushing the freelance economy to its limits.

Rob Walling, a Fresno, California, native, is the self-appointed father of solopreneurs. He has been building his own web apps for the past 11 years. Now he operates “Micropreneur Academy,” a six-week online school that teaches the basics of solo entrepreneurship. He also leads multiple global meet-ups each year called “MicroConf” (he hosts more than 100 solopreneurs at each conference) and is the author of the solopreneur-friendly book Start Small, Stay Small.

While Walling believes solo founders will transform the U.S. workforce, others aren’t so sure. “There are lots and lots of textbooks touting the joys of virtual teams, that information technologies are going to liberate us,” says NYU management professor Melissa Schilling. “It’s a little bit naive. In a lot of cases you lose quite a bit.”

For starters, she cites “culture, loyalty, pride, and an innate sense of what the people around you want.” She adds: “If you look at the histories of the companies that are special—Google or Apple—you’ll see that there’s a lot of personal motivation and energy around.”

With solopreneurs, there’s only one person to draw on for energy and personal motivation. Gamez’s day-to-day looks something like this: He’ll wake up, chat on Skype with his handful of “employees”—two of whom are stationed in Argentina. The employees code and copyedit his platform, which clients can customize as needed. Gamez logs their hours and pays them online, via oDesk.

Budding solopreneurs follow a similar approach. Patrick Poole, a software engineer in Columbus, Ohio, is in the process of launching a startup via Elance and Freelancer.com, another freelancing site. Though he probably couldn’t afford to hire full-time employees even if he wanted to—his startup, an online personal assistant engine, is only a side project at the moment—he thinks the solo-founder path is the only way he’ll ever escape his current routine. “The philosophy,” he explains, “is that I shouldn’t want to hire anyone because then I’d be back to the 9-5, managing people.”

More experienced adherents concede that solopreneurship has its downsides, validating the criticisms of remote work by Yahoo’s Marissa Mayer and others. As Gamez puts it: “Getting to really know people and building relationships is probably the biggest problem.”

Which is why Gamez has recently opted to hire more contractors nearby rather than abroad, per Walling’s lead. “As I make more money as a business owner, I’m employing lots more work back in my time zone,” Walling says. “They may be better educated or a better fit. They understand my culture.”

So while solopreneurs talk about the benefits of pulling from a global market—”I want to find the cream of the crop,” Poole says—just how global their projects are is up for interpretation.

Then again, the point of the movement isn’t exactly to make friends and pen pals across the globe. It’s about the finished product—and, of course, the cash.