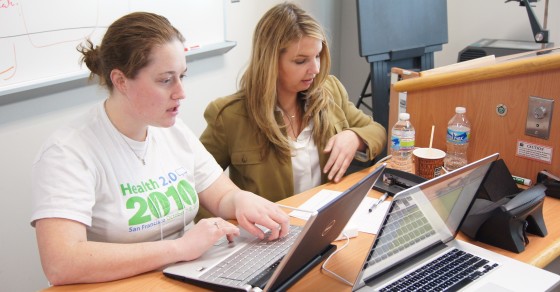 A new survey by the coding community Stack Overflow found that male programmers outnumber women 16-to-1 — a far larger gap than previously reported. Of the 26,000 programmers from 157 countries who participated in the survey, 92.1 percent said they were male. Only 5.8 percent identified as female.

But there are some interesting glimmers of hope beneath the surface. For example, more than 37 percent of women who code said they have less than two years of programming experience (compared to 18 percent of men), which suggests that more young women may be joining the industry. Also, 41.8 percent of the coders are self-taught (33 percent never even took a computer-science course in college), which suggests a low barrier to entry for would-be coders.

And perhaps most interesting of all is the rise of women coders in India, a country with a surging tech sector: Developers there are three times as likely to be female as they are in the U.S., according to the survey.

Where the real tech jobs are in the U.S. (Vocativ)