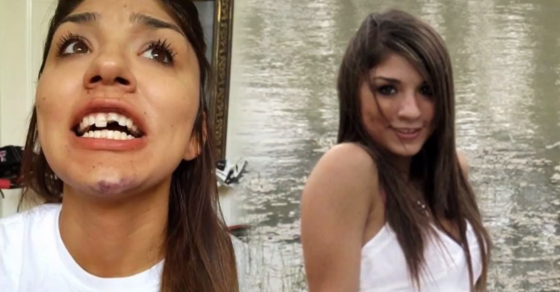 A vigilante seeking justice for a woman assaulted by a Texas cop retaliated against the town and police department by hacking into their websites — but he apparently wasn’t aware that the officer has already been fired and spent time in jail.

As of publication, the city and police websites in San Marcos, Texas, were still down following the attack by a hacker who goes by the name of Bitcoin Baron. He targed the sites demanding that James Palermo, the officer in question, get fired from his job and placed behind bars. Palermo was accused of injuring Alexis Adelphi, a college student, while illegally arresting her in 2013. She lost two teeth and suffered a concussion during the altercation.

“Your police department is disgusting,” the hacker says in a video released Monday night. “I bet you’ve known [Palermo’s] past and [are] still employing him…in no way will I stop ’til Palermo is in prison.”

There’s just one slight problem to Bitcoin Baron’s scheme. Palermo was thrown in jail nearly two years ago for assaulting Adelphi. He was subsequently fired from the San Marcos Police Department. And last month, he pleaded guilty to aggravated assault by a public servant, according to reports.

Bitcoin Baron has not responded to requests for comment by Vocativ. Nor has the police department in San Marcos, a town of 54,000 people, commented.