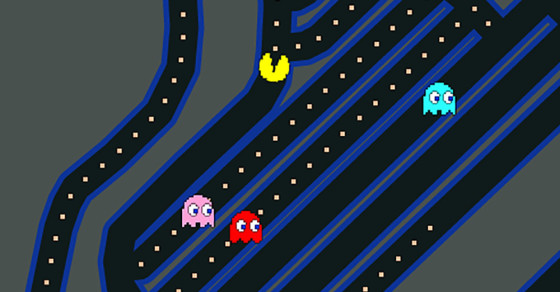 Google Maps just added a feature that allows users to play Pac-Man in pretty much any city in the world. See for yourself – just open Google Maps, and along with satellite view at the bottom left of your screen, you now have a Pac-Man view, allowing you turn any metropolis into a live 1980s arcade classic.

This isn’t Google’s first foray into Pac-Man. In fact, Google’s first playable, interactive Doodle was a Pac-Man tribute, celebrating the iconic game’s 30th anniversary in 2010. Third party apps have made previous attempts to corner the Google-Maps-Pac-Man market, but it looks like the developers at Google have beaten them to the punch.