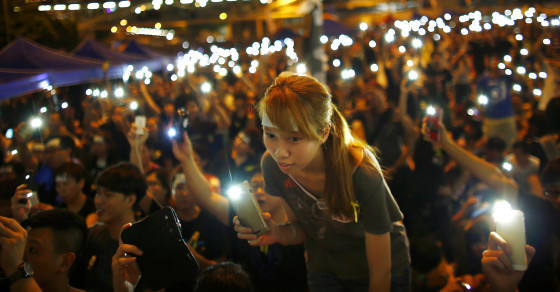 How a Little-Known Concert App Fueled the Hong Kong Protests 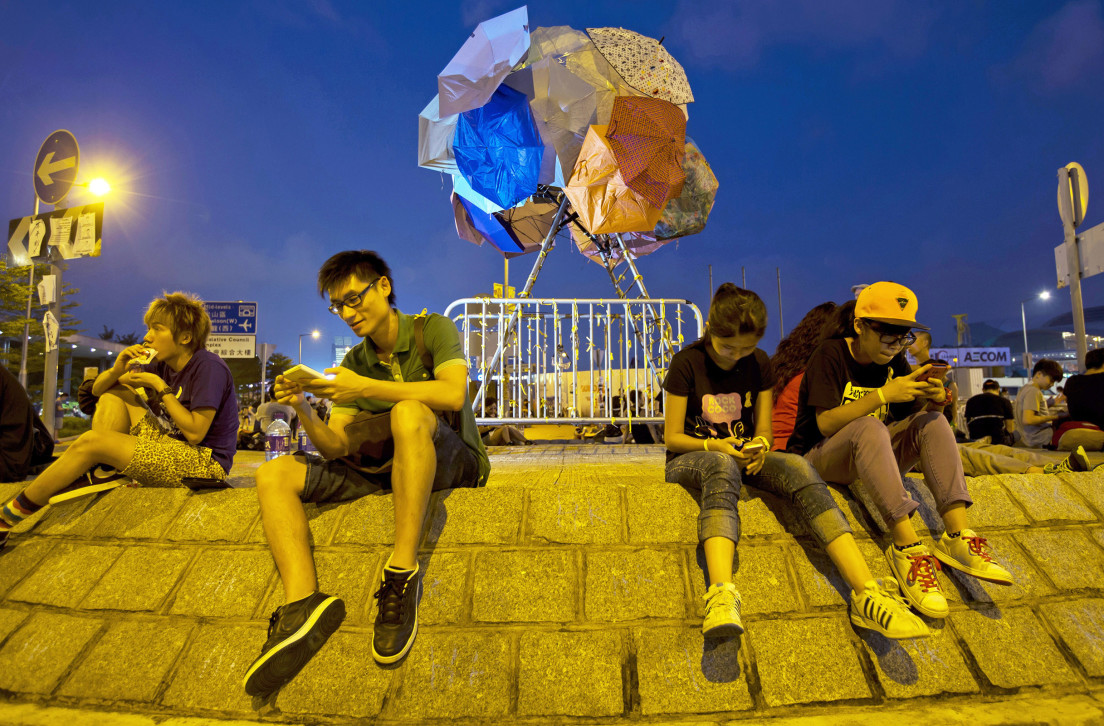 If you’ve been to a music festival in the last few years, you’ve probably experienced a jammed cell tower. When thousands of people congregate in one small, dense area, cell signals get blocked and your texts won’t go through.

FireChat was built to solve that problem. It’s a messaging app that operates on a mesh network, so the platform circumvents the need for cell service or Wi-Fi. But most people have never heard of it—including plenty of concertgoers.

Now FireChat is having its moment in the sun, and its success has nothing to do with bands and music. In the last three weeks, the app has gone viral in Hong Kong, where more than half a million protesters downloaded the app to their smartphones.

About a month ago, thousands of pro-democracy protesters began organizing in Hong Kong’s central business district. They wore masks and held umbrellas to shield themselves from tear gas. But as the crowd began to grow, many had trouble texting their friends.

Micha Benoliel, CEO and co-founder of Open Garden, the maker of FireChat, poses earlier this month on a main road that pro-democracy protesters blocked at the central financial district in Hong Kong.

So they downloaded FireChat. “We were pretty much forced to use it almost at the start of the protests, because there were just so many people in the protest areas, it made the cell network so slow,” one activist told CNN.

FireChat, which was developed by the San Francisco-based Open Garden, operates on a mesh network, which lets users chat with anyone in close physical proximity—even if there’s no cell or Internet connection. According to Christophe Daligault, the app’s chief marketing officer, the app has shot to the No. 1 spot in the Google Play and Apple App Store, received more than 500,000 downloads and seen more than 12 million chat exchanges.

Mesh networks have been around for about 10 years, and they’ve mostly been used in areas that don’t have access to the Internet. For instance, about 22,000 residents in a remote area of Catalonia, Spain, have been using Guifi.net, a local mesh network, to communicate with one another. Guifi launched in 2004 and has become one of the most active mesh networks in the world.

Mesh networks operate by wirelessly tethering computers and smartphones over a device’s bluetooth and Wi-Fi. That way, it circumvents any central organization—essentially, mesh networks cut out the middleman. Networks are easy to set up, and once you download the app, you can begin chatting with people nearby in minutes.

“Until this technology becomes the primary way to mobile devices to exchange data, we see it taking off anywhere there are a lot of people trying to use the Internet at the same time,” says Daligault. “For example, it is particularly well suited for sports events, concerts and music festivals.”

Daligault—who is obviously a bit biased—believes mesh networks are the logical messaging platform of the future. First, they’re reliable. Traditional cell networks rely on a series of satellites and cell towers to ping information around the world. If you’re trying to text someone 100 feet away, Daligault asks, why does it make sense to send that message to space and back?

Primavera De Filippi , a research fellow at the Berkman Center for Internet and Society at Harvard Law School, recently wrote an essay for Wired arguing that mesh networks are having a bit of a moment.

“Mesh networks,” she writes, “aren’t just for political upheavals or natural disasters. Many have been installed as part of humanitarian programs, aimed at helping poor neighborhoods and underserved areas. For people who can’t afford to pay for an Internet connection, or don’t have access to a proper communications infrastructure, mesh networks provide the basic infrastructure for connectivity.”

Mesh networks have even developed their own little cult following of developers and hackers who believe they’re a better—and cheaper—way to communicate without using Internet Service Providers. In New York, for instance, there’s #NYCMeshNet, which aims to unite all of New York City into one giant mesh network. At this point, it’s more an experiment led by a few dozen people than an actual movement. “What if any computer in New York City could connect to any other computer, for free?” they wonder.

ISPs probably aren’t too worried just yet—but if the movement takes off, you can bet they’ll be looking for a piece of the action.