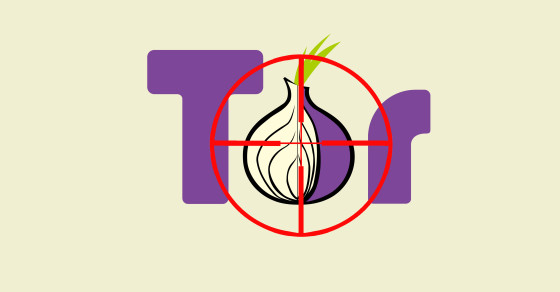 Russia is making a three-pronged attack on Tor and other anonymizing dark net browsers that play a key role in overcoming the country’s strict political and cultural online censorship. The country’s lawmakers, official media watchdog agency and largest Internet censorship lobby have all threatened to ban those tools and block anonymous web surfing within Russia.

The first move came from Leonid Levin, chairman of the Russian State Duma Committee on Information Policy and Communication, at a conference on Feb. 5. He claimed that blocking web anonymizers​ wouldn’t just restrict access to censored and banned data, but also decrease the amount of malware and the number of cyberattacks on Russian computers.

The Roskomnadzor, Russia’s government-run media watchdog, came next. It released a statement supporting the ban on Tor and other similar software bundles. The agency is responsible for the execution of any censorship measures, and describes Tor as a marketplace “where all ghouls gather.” The bureau’s spokesperson said banning Tor would be “complex, but solvable…with the right regulation” (even though the NSA famously failed to do so).

Third in line came the charmingly titled Safe Internet League—Russia’s largest and the most powerful Internet censorship organization. It posted yet another statement on Feb. 9. The SIL is composed of Russia’s three major mobile providers, including state telecom company Rostelecom, and is a major partner of the Roskomnadzor in most censorship initiatives. The group claimed that Tor and its like were used only by criminals and American intelligence agencies:

We strongly support the idea of limiting Russia’s access to anonymous networks, including Tor. The invisible Internet made ​​it possible for criminals to hide their actions from the authorities in order to commit crimes: trading drugs and weapons, distributing child pornography, engaging in human trafficking and leading political campaigns. Do not forget that Tor is an American development and it’s used by American intelligence agencies to expand U.S. hegemony around the world: agents and collaborators of the U.S. Department of State, invisible to the authorities of different countries, engage in illegal activities against those countries.

Russia is the third most active country for Tor usage. Some Russians turn to Tor and the dark net for illegal drugs and weapons trafficking, but they mainly use the tools to avoid political censorship. The last large-scale instance of this kind of use was at the end of 2014, when Roskomnadzor blocked Russian users’ access to Facebook. Social media users and bloggers organized a major opposition protest via Tor.

Russian activists are already using Tor, Facebook and VKontakte to orchestrate another protest on March 1, which digital activists are calling “Spring.”