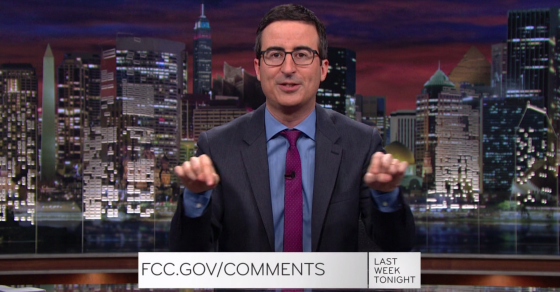 How to Convince 50,000 Internet Trolls to Crash a Government Website
By Markham Nolan

How to Convince 50,000 Internet Trolls to Crash a Government Website 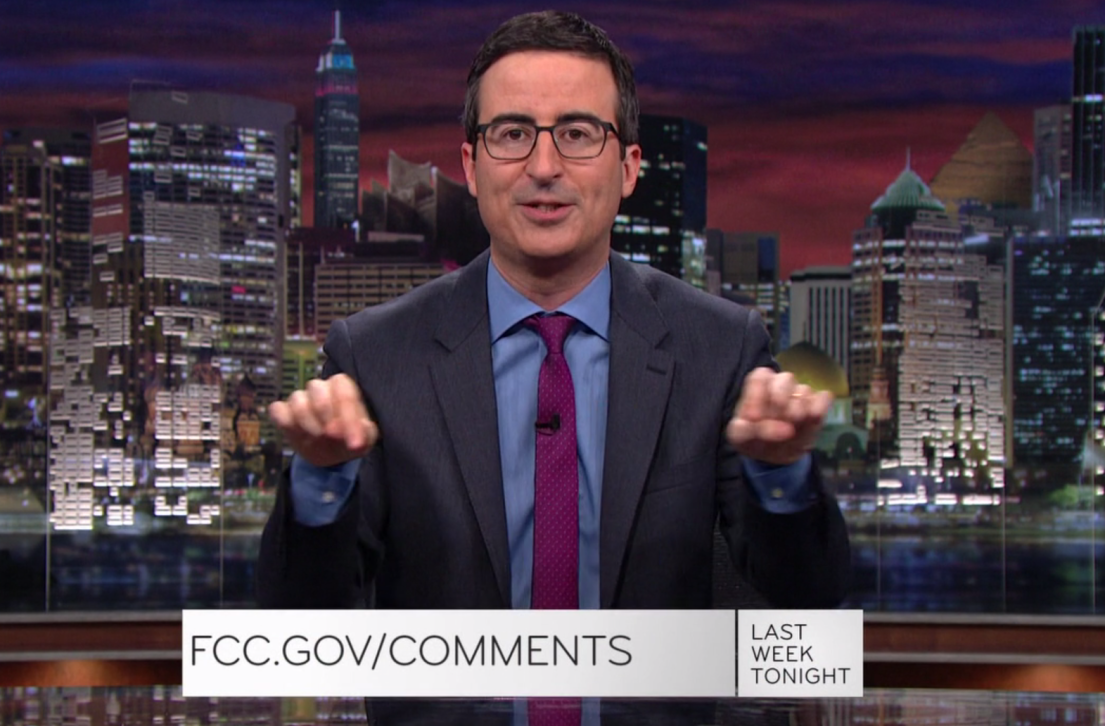 For the last year, geeks around the world have tried desperately to get the public to care about net neutrality, a looming crisis that could potentially create huge inequality on the Internet. Unfortunately, the topic is as boring as it is important, which is why we’ve all pretty much ignored it. But HBO satirist and Daily Show alum John Oliver took a defibrillator to the flatlined story this weekend and gave it a pulse, convincing an army of jaded Internet trolls to actually get involved and do something about it.

At the heart of the issue are telecom giants like Comcast and Verizon, who want a two-tier Internet that will allow big companies to pay extra for their content to move along faster channels, essentially creating a new Internet with a moneyed elite whizzing along at the top—and everyone else trundling along at the bottom.

The segment on Sunday night’s Last Week Tonight poked fun at the obvious conflict of interest of a former telecom company lobbyist being appointed by President Obama to a body that is supposed to oversee telecom companies. But most importantly, it also managed to explain net neutrality in human terms for the first time, demonstrating in a breezy 12 minutes why everyone should be up in arms about it.

Once he had the audience all riled up, Oliver directed them to head on over to the Federal Communications Commission website at fcc.gov/comments and make themselves heard on the issue. By early morning on Monday, there were 10,000 comments (some of them making actual sense) waiting for the FCC to leaf through. At the time of this post, that number had mushroomed to more than 45,000, and the momentum showed no sign of stopping.

Exact figures are difficult to establish immediately (the total number of submissions displayed includes comments received by mail and is updated only intermittently)—but there’s no mistaking that after Sunday night’s airing of Last Week Tonight, the FCC’s site went batshit crazy.

The comment system—built by the nation’s highest authority on communications in the modern era—simply couldn’t handle the load. The portion of the site where you can see the lodged comments in more detail has crashed repeatedly since Sunday night’s broadcast.

We may or may not have crashed https://t.co/st6DgFYdhH. Whoops!

That Oliver managed to stimulate such activity is pretty impressive—even more so when you think that it’s just the fifth episode of his new show. Tech sites have been banging on about the importance of net neutrality for a long time, and despite some great writing on the topic, it has never really hit home with the Internet-loving public. In the same way he used tiny hamsters eating tiny burritos to sell 10 minutes of death penalty analysis, Oliver used comedy like a gentle lubricant, to allow him painlessly to insert net neutrality into the, erm, minds of his viewers.

If you absolutely must read the mind-numbing details of the proposals (and you really should, but we know you probably won’t) here it is, in all its glorious impenetrability. And here is where you might justifiably want to go afterwards: fcc.gov/comments.