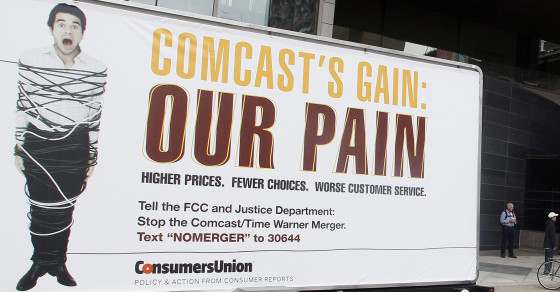 One Tiny City Takes a Stand Against Big, Bad Comcast
By Eric Markowitz

One Tiny City Takes a Stand Against Big, Bad Comcast 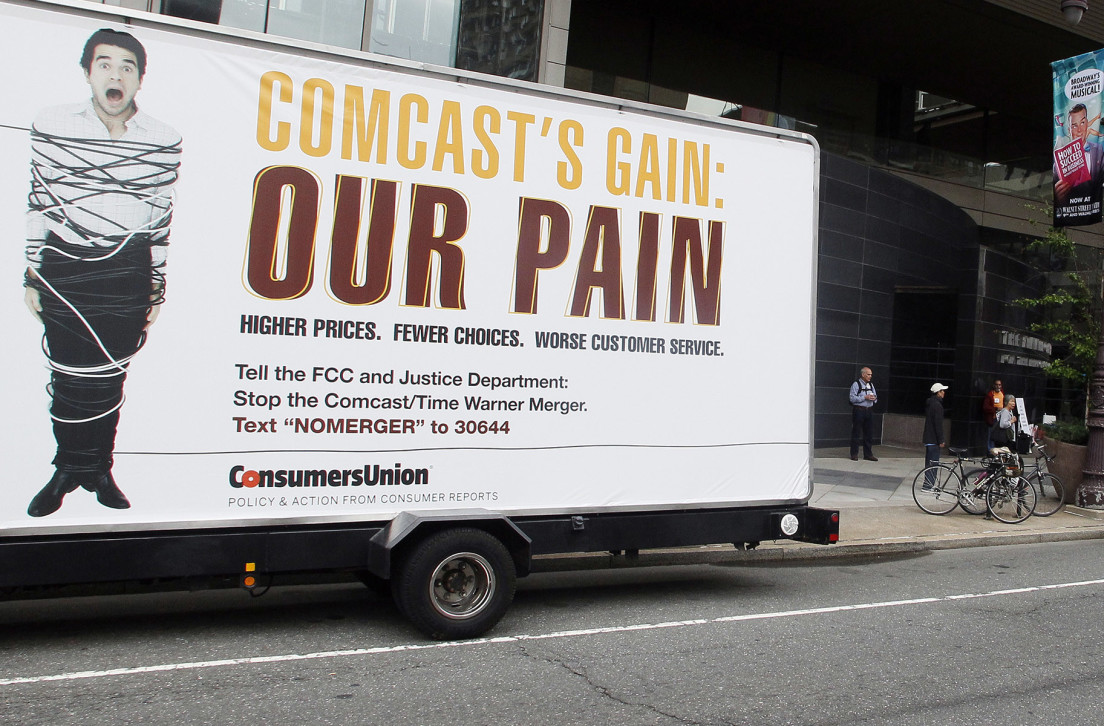 It seems that everyone hates Comcast, the aggressively metastasizing corporate cable giant that charges high, high fees and offers what many regard as the worst customer service in the nation. But what can you do about it? Often it seems like nothing.

Just for context, in the last few months, Comcast has found itself in a storm of negative publicity. First, in April, the company was ranked—again—by The Consumerist as the “most hated company in America.” Then, in July, a maddening recording between a Comcast representative and a customer went viral. In the recording, the customer pleads for nearly 20 minutes for the agent to simply cancel his service. You can understand why the call caught on: People related to it.

The council members were not happy about this—and voted to reject Comcast’s bid. One city councilor, Gary Rosen, went so far as to call Comcast “a terrible company.”

“Comcast is a wolf in wolf’s clothing; it’s that bad,” he said, as reported by The Telegram. “They are awful, no doubt about it. Maybe we can’t stop it, but that doesn’t mean we shouldn’t speak out.”‘

Comcast hasn’t exactly ignored the city’s concerns, but they have yet to publicly defend themselves, either. In an e-mailed statement to the Washington Post, a company spokesperson said they’re working with Worcester “to address the concerns they have raised.”

Vice reported yesterday that since 2009, over 16,000 people have complained to the FCC about Comcast. The complaints include disputes about unwarranted fees and download speeds, as well as a case in which Comcast tries to charge a customer $6,500 to extend a cable line from the street to their home. “What is the legal basis for the company’s position?” the customer writes to the FCC.

Now most companies receive complaints from time to time, but the stakes are high for Comcast. The FCC and the Department of Justice are still reviewing the company’s bid to acquire Time Warner, the second-largest cable company in the United States. Critics of the $45 billion merger argue that the deal is monopolistic and will inevitably raise customer prices.

It’s likely that Worcester won’t set a precedent for the rest of the country. But town’s fight against Comcast echoes the sentiments of many Americans, even if it’s a battle they’re never going to win.

“We can make it sound like we are taking on the big boys, but in reality this will go nowhere,” another council member at Tuesday’s meeting said. “People want better service, but I’m not sure the council floor is the way to get better service. We are just bit players in a big play. It may feel good to vote this, but it may very well end up having no effect.”