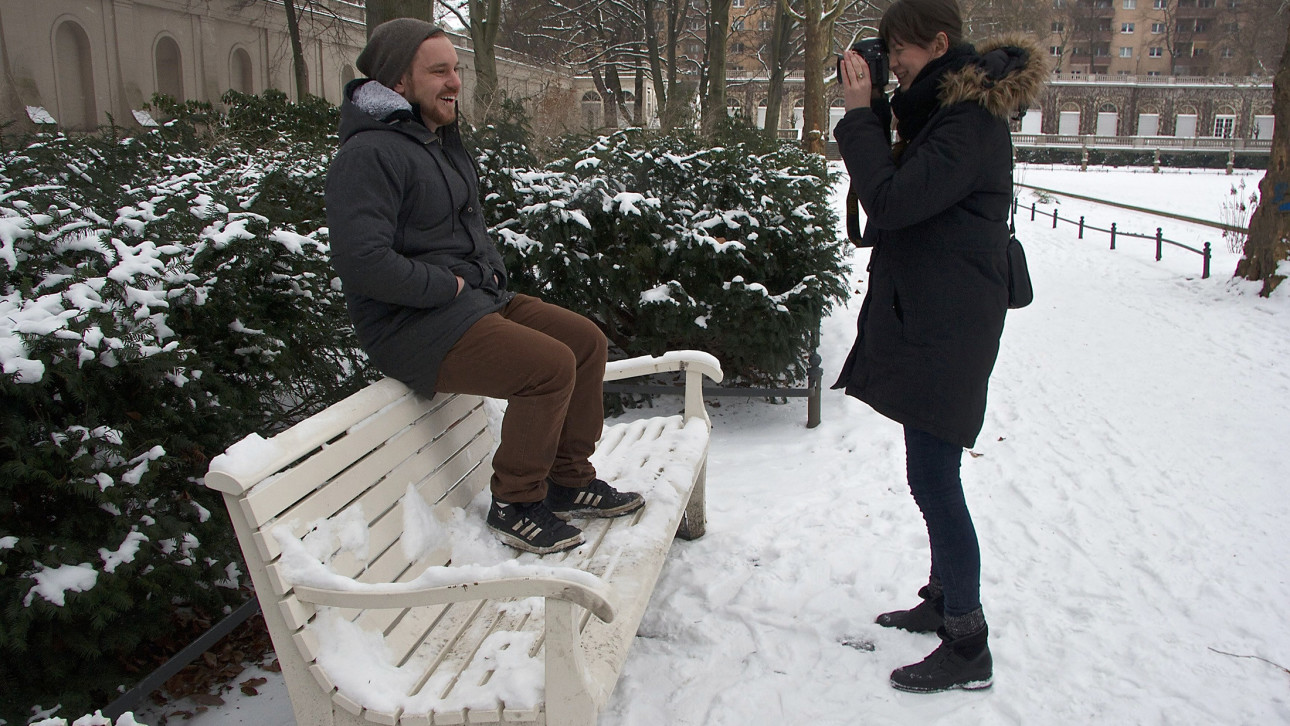 It’s a little bit retro—a dating site that shuns algorithms for the human touch. The new solution for Berlin’s lonely-hearted hipsters is sweeping Germany and becoming a new model for the stagnant world of online dating.

János Joskowitz heard about the new dating site from friends and figured he would give it a try. The 28-year-old Berliner, who sports a well-trimmed beard and clear-frame glasses, had tried some other online dating sites in the past. But this was different. He wasn’t expecting to get quite so steamrolled with a deluge of emails from interested women, but that’s exactly what happened. His inbox exploded.

“He looks good and he’s very interesting, so that’s what’s going to happen,” says Annelie Kralisch-Pehlke (Anni), one of two owners of the new site, called Im Gegenteil (ImGegenteil.de), German for “On the Contrary.”

The site is a classy new take on the online dating world gone stale. In the three months since launch, Im Gegenteil has grown to a half-million hits per month, been offered unsolicited money from a venture capitalist and has been featured in media around the country, all without an actual media strategy.

“We don’t even have a press kit,” says Kralish-Pehlke.

The idea is simple—it’s like a professionally crafted version of MySingleFriend.com. Anni, 30, and her business partner, Juliane Müller (Jule), 31, go to the homes of singles, do interviews and take stylish photos. Then Anni writes up a description of the singleton, which reads more like a fun suggestion from a friend, while Jule puts together a quietly impressive group of photographs and voilà, you have a profile that will snag Internet gawkers faster than a Venus fly trap.

Anni Kralisch-Pehlke (left) and Jule Müller (right) check out the photos on Sebastian Ruchay's phone while profiling him for their dating site.
(Vocativ/Joel Stonington)

Armed with experience from online dating—Jule is writing a book about surviving her 20s that includes a section on computer dating—the two set out to build a site with a new feel. Instead of complete DIY dating like all the others, they realized they could act the matchmaker by showing people in their best light. Only the first names of people are shown, everything is free for users of the site and emails are confidential, even from Jule and Anni. The result is that they eliminate much of the creepy and embarrassing sides of online dating.

“We thought, obviously, we are not the first to have this idea,” says Anni. “We started searching on the Internet for something like it but we couldn’t find anything.”

They came up with the idea while out on the town, having a few drinks. They’ve been best friends for a decade and sport matching heart tattoos on their forearms, so it was just like any other casual night at a bar in Berlin’s trendy Neukölln neighborhood when Jule suggested that they figure out a way to work together.

“We got drunk and talked about what we could do,” says Anni.

“We,” Anni continues, pausing to look over at Jule and ask, “What’s the word for ergänzen?” (It means “to complete.”)

“We complete each other, darling,” says Jule.

That much is clear in the first 10 minutes of meeting the pair. Jule is a bit more reserved, while Anni is bubbly, outgoing and talkative. Jule tends to the artistic side, planning out the design of the website and taking photographs, while Anni takes care of the interviewing and the business side.

That question of the business side is still very much up in the air. They are cagey about how to monetize the site. They say they don’t want product placement in the apartments, don’t want unrelated ads ruining the look of the site, and don’t want singles to pay on either side of the transaction.

“It sucks to take money from people who are searching for love,” says Anni. “It’s the wrong approach.”

Both women are working on the site full time, even though revenue thus far adds up to exactly zero. Still, the response and traffic suggests they have something special on their hands, and the interest from the venture capitalist was nothing to sneeze at. The pair say they were offered enough to work on the site for a couple of years without revenue on the first day the site went public, but turned it down.

“Who would give it away on the first day?” asks Anni.

And that wasn’t half the attention they got on the day they launched the site. The phone rang just two minutes after the site went online. The first blog picked it up two hours later, followed by a German newswire and a major newspaper the next day. In nine hours, they had more than 1,000 likes on Facebook. They even had to turn down interviews with media outlets.

On a recent shoot they ended up at the apartment of a Sebastian Ruchay, 30, who is the target of their next profile. He cooks them breakfast and lights a candle on the kitchen table. After they eat, Anni lays out a notebook and Jule breaks out the camera.

Then the two girls take the time to get to know their latest single over a few hours. The idea is to highlight the good stuff. The profiles also generally lack vital stats like height and weight. It’s not, they say, a search algorithm. This is about getting people together who really want to find someone. And positivity reigns.

“He does every sport in the world,” says Anni, looking up from the interview with a smile, at one point. Later they tour through the living room, snap some photos of Ruchay on the window sill, and eventually end up back in the kitchen. There, he offers them a taste of his favorite single malt, Springbank 15. Sometimes the job entails a sip of a fine 15-year-old beverage.

So all three lift their glasses with the classic German toast. “Prost!”