And the royal baby’s name is…Beckham?
By Judith Dubin

And the royal baby’s name is…Beckham?

He’s arguably the most famous baby on the planet. But the portly Prince of Cambridge (the heaviest royal newborn in 100 years at 8 pounds and 6 ounces) still has no name—at least none that William and Kate have divulged. Now people around the world are weighing in on Twitter.

Within hours of the Buckingham Palace’s announcement of the birth on Monday, there were thousands of tweets suggesting a name for the third in line to the throne. The majority of them came from the United States, followed by the United Kingdom, but interest stemmed from as far away as Thailand and Mexico. And according to sentiment analysis by Vocativ, two names are rising above all. 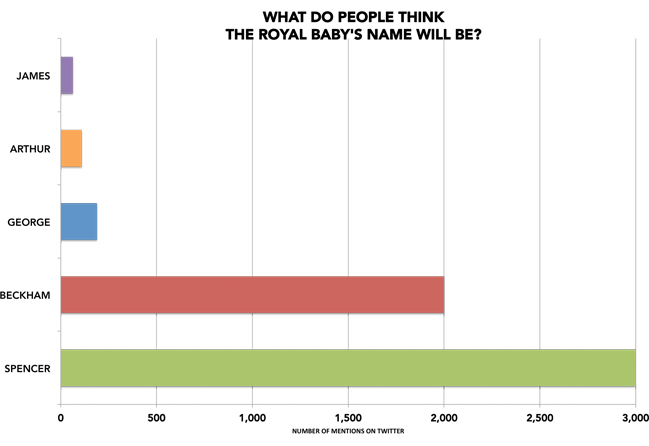 There were about 3,000 tweets related to the name Spencer, the family name of Prince William’s much-loved late mother, Diana. The general feeling is that it would be a way for 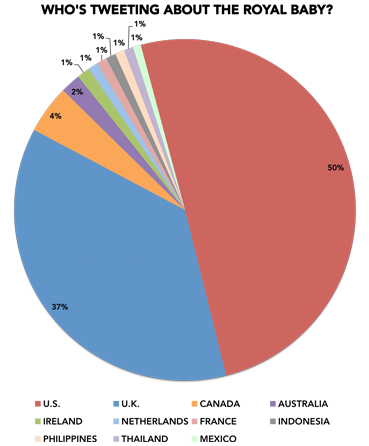 William to honor Diana, whose presence still looms large in the British psyche. It appears that celebrity blogger Perez Hilton is driving most of the traffic on that name.

The other popular Twitter suggestion is Beckham—after soccer star David Beckham, a friend of Prince William who is regarded as royalty himself in Britain. About 2,000 tweets suggest the Duke and Duchess of Cambridge should consider it. Beckham might have set off the speculation himself when he jokingly said in an interview earlier this month that they should name the baby David.

Whatever the case, either name would be a sharp departure for the Royal House of Windsor (as the royals have been known since 1917), which has pretty much stuck to the same traditional names over the last century.

Perhaps we can take a clue from the multiple names of the baby’s forebears. Prince William’s full name is William Arthur Philip Louis. His father’s full name is Charles Philip Arthur George. According to Vocativ’s analysis, George, Arthur and James lead the pack after Spencer and Beckham. That almost mirrors the favorites at the betting agencies.

At Ladbrokes, one of the leading betting houses, George is the clear frontrunner with odds of 3 to 1, followed by James and Alexander. There have been six King Georges. The last one was Queen Elizabeth’s father who ruled until his death in 1952.  Prince Charles has reportedly indicated that he will take the name George when he becomes king. (It’s one of the many quirks of royal titles that upon taking the throne a monarch may assume a different name.)

The nation’s betting houses famously take wagers on almost anything at all related to a significant event. In this case, you can put money on how many names the royal baby will have and when they will be announced. And should you really want to roll the dice, you can bet on where the baby will make an appearance one day. Odds are 200 to 1 he will appear on The Voice and 25 to 1 he will appear in a James Bond film. 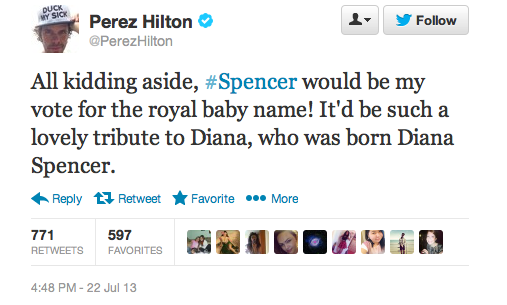 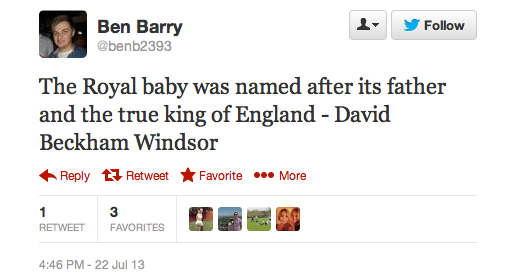