A Peek Inside CyberBunker, the Shadowy Web Hosting Service Designed to Survive a Nuclear War
By Versha Sharma

A Peek Inside CyberBunker, the Shadowy Web Hosting Service Designed to Survive a Nuclear War

Tucked away in a patch of forest south of Amsterdam is a former NATO doomsday bunker that looks like it belongs on the set of a Dark Knight movie.

Inside that ominous, moss-covered structure is a mysterious gang of nerds who — depending who you believe — are either out to save the internet or to destroy it.

Ninety-nine percent of the world probably hadn’t even heard of CyberBunker until yesterday, when the Dutch web hosting service was pegged as the culprit behind the largest cyber attack in history. The target of the blitz was Spamhaus, a Europe-based watchdog, which blacklisted CyberBunker for allegedly helping spammers ply their horrible and annoying trade.

But prior to this latest burst of visibility, CyberBunker was mainly known for guaranteeing its customers — the only ones they turned away were terrorists and child pornographers — that their websites would stay online basically no matter what. Inside their cozy bunker, the company was equipped to keep operating for ten years after an all-out thermonuclear war, and had repelled at least one SWAT team raid from pissed-off authorities who didn’t like how they were conducting themselves.

Which makes it especially ironic that Wednesday evening, at a moment of maximum interest, the CyberBunker’s own website went down. It remained down late Thursday. Tech experts tell Vocativ they believe the site is offline because a coalition of internet service providers decided to cut off access in response to CyberBunker’s alleged tactics.

Luckily for you, dear reader, Vocativ captured a gallery of images and screengrabs from the website before it went down. Here’s a glimpse into CyberBunker’s impenetrable fortress: 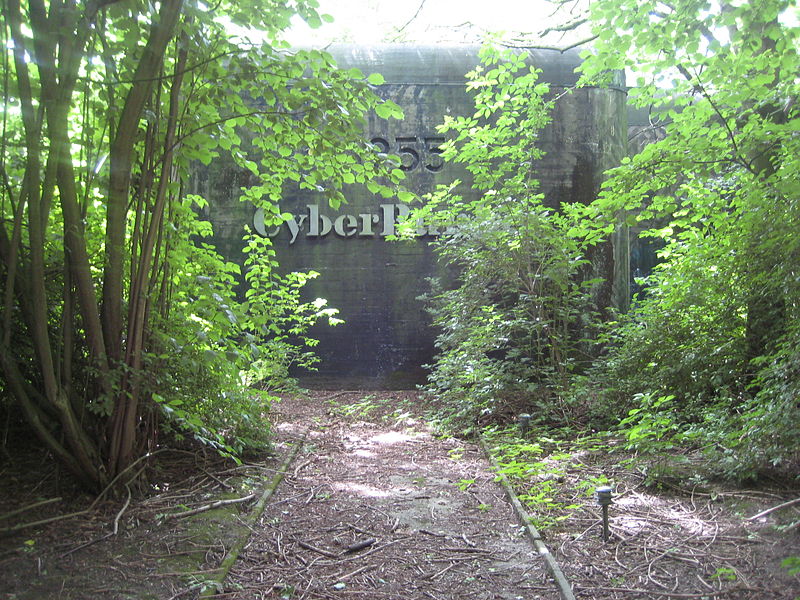 The entrance to CyberBunker. The structure is located near Kloteinge, Netherlands

The bunker was built in 1955 for the Dutch military in case of nuclear attack, but decommissioned in 1994. Reports vary, but it was purchased and became the CyberBunker at some point between 1998 and 2000.

The door that’s visible in some company photos is presumably the same one that local police attempted to penetrate in 2007 using “hydraulic tools that are normally used to cut open car wrecks” — and failed. (The company apparently had a spat with city hall over zoning issues, since resolved.) 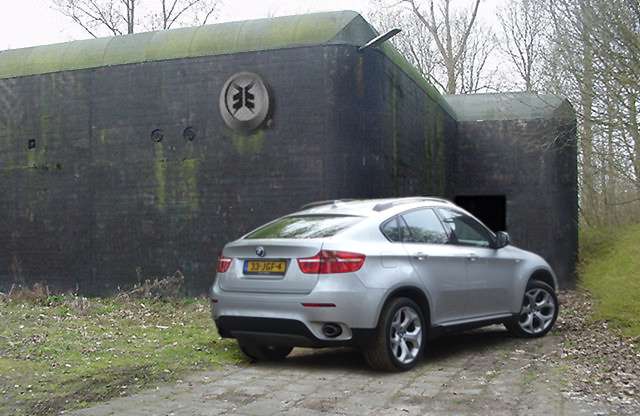 If the car in the driveway is any indication, business at CyberBunker has been pretty good.

But, inquiring minds want to know, did CyberBunker really launch this historic cyber attack on SpamHaus? Well, the answer seems to lie somewhere between “kind of” and “yes.”

It turns out that CyberBunker is affiliated with a group called StopHaus, which — as the name suggests — opposes the watchdog activities of Spamhaus, characterizing them an affront against internet freedom.

Vocativ contacted StopHaus and chatted with a spokesperson who used the pseudonym “John Smith.” Smith told Vocativ that the original attack was indeed launched by his organization, but that hackers from all over the world also began piling on at some point. 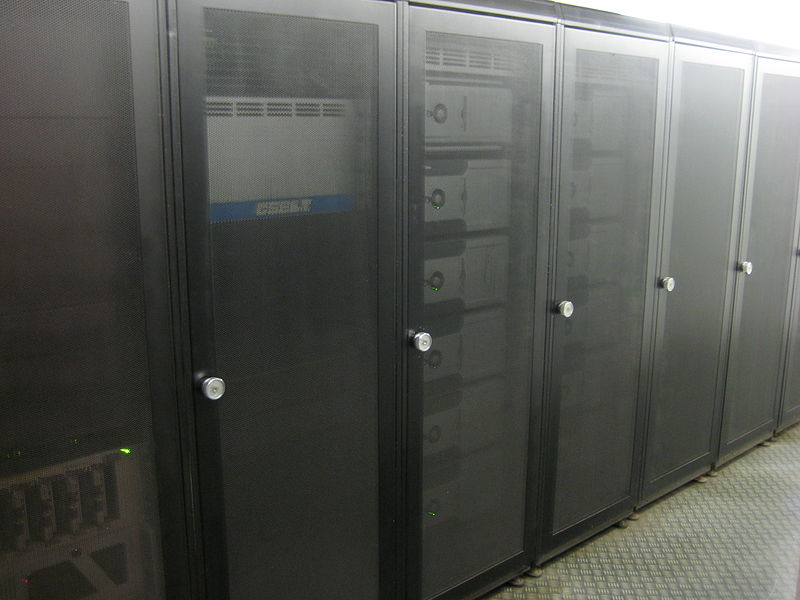 The protected data centers inside the CyberBunker

Smith also told Vocativ that the StopHaus coalition is actually capable of launching a cyber attack that bombards a target with 500 gigabits of data per second — nearly twice as big as the record-setting 300 gbps raid on Wednesday. 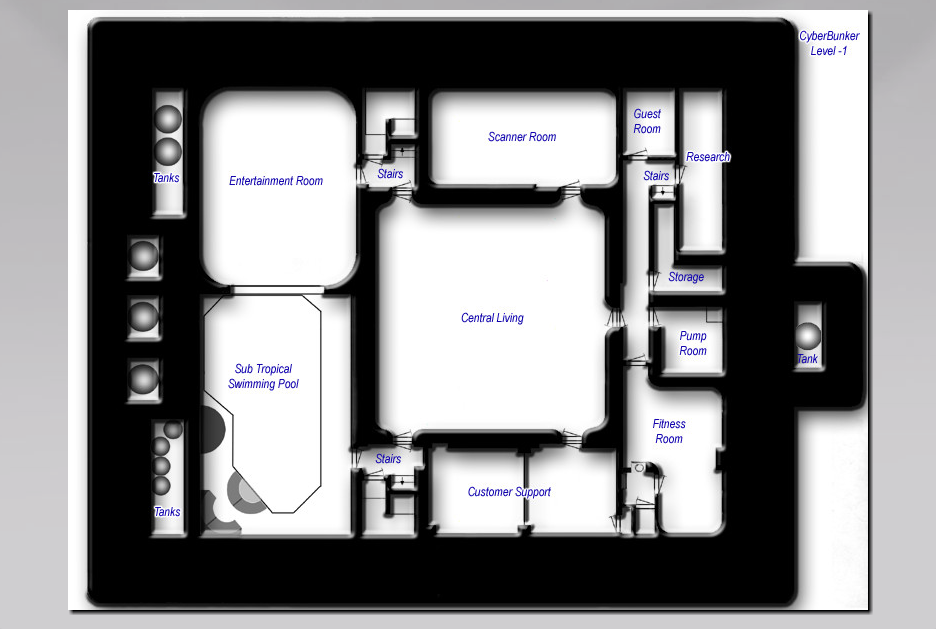 Floor plan of Level 1 of the CyberBunker, from the website. (Yes, that does say “Sub Tropical Swimming Pool.”) 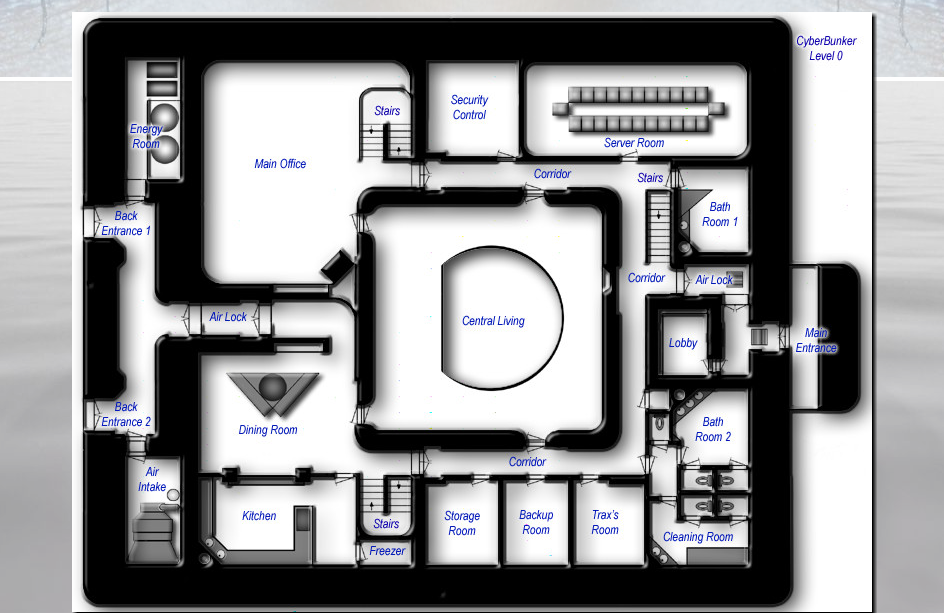 Level 2 of the CyberBunker

But the floor plans apparently don’t show the whole structure. The company also claims “there are several uncharted tunnels” leading in and out of the bunker for quick exits should an emergency arise (say, a SWAT team trying to cut through the blast door).

An interesting feature of CyberBunker’s now-dormant website was the “virtual tour” offering, which allowed visitors to click on a given room on the floor plan and see live webcams views — transparency seemingly at odds with the company’s sales pitch of ultimate secrecy.

But who is behind CyberBunker?

The colorful personality who appears to run the joint — he claims to be a spokesperson, but our sources say he’s the boss — is a Swede named Sven Olaf Kamphuis. His hacker-nerd handle is CB3ROB. And since CyberBunker has flirted with declaring itself an independent micronation, he also has an “official” title: Minister of Telecommunications and Foreign Affairs for Republic CyberBunker.

Here’s a picture of Sven, taken from his Facebook page, holding the purple flag of the Pirate Party of the Netherlands: 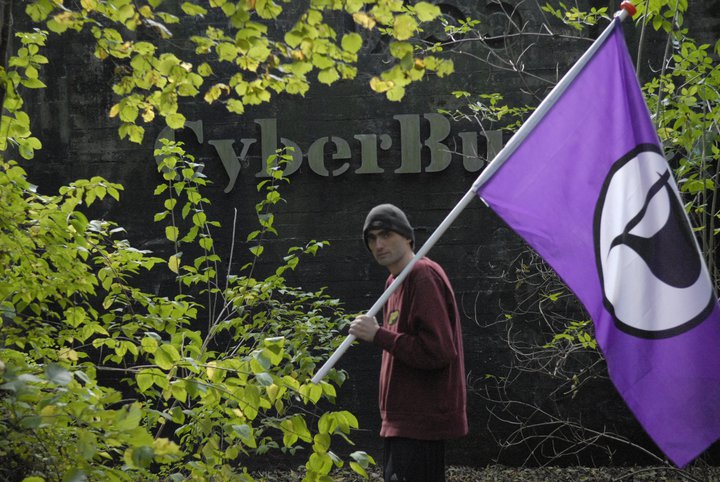 If this all reminds you a bit of Wikileaks, you’re not totally crazy. The two entities hold similar philosophies of radical internet freedom and both share close connections to infamous piracy hub The Pirate Bay.

So what’s next for the Republic of CyberBunker? We’re sure of only one thing — it won’t be boring.